In New York, a woman was attacked by three teenage girls while riding the bus. In California, a high schooler was beaten up and sent to the hospital. In Texas, a family of three was stabbed by a man who thought they were “Chinese and infecting people with the coronavirus.”

As COVID-19 has spread across the U.S. and around the world after first being identified in Wuhan, China, so have attacks against Asians and Asian Americans. In March, the FBI warned that there could be a surge in in hate crimes against Asian Americans, and data has reflected this: in New York, all 15 coronavirus-related hate crimes investigated by the NYPD Hate Crimes Task Force have been directed at Asian victims, according to NYPD detective Annette Shelton. Nationwide, one advocacy group has collected more than 1,200 reports of racist attacks against Asian Americans since the start of the outbreak.

But this wave of attacks is far from a new development. Asian Americans, a new docuseries that arrives on PBS on May 11, traces this history all the way back to the 19th century, when mobs committed mass murder on Chinese immigrants on the West Coast. Since then, Asian Americans, commonly thought of as an upwardly mobile model minority, have often been violently scapegoated for larger societal issues, with their attackers only vindicated or protected by institutional forces.

“This will be one of the major storylines that viewers are going to be surprised and even shocked by,” Erika Lee, a historian who appears in the series, tells TIME.

Asian Americans covers many aspects of history, from college campus protests to the rise of cultural icons like Anna May Wong and Margaret Cho. But its segments about prejudiced violence have particular resonance in this moment. Lee and producer Renee Tajima-Peña hope that the series will put the current attacks into perspective.

“You see these fault lines of racism and xenophobia in relation to immigrants that have always been there,” Tajima-Peña tells TIME. “In times of crisis, they erupt. They erupted during World War II; they erupted after 9/11. And they’re erupting now.”

Below is a brief history of some of the most notable, yet often overlooked, incidents of racist attacks toward Asian Americans—and a path forward as the current pandemic incites violence anew.

In the mid-1800s, tens of thousands of Chinese immigrants came to the United States seeking the “Gold Mountain” of California. But instead of finding riches, many of them became hard laborers on the transcontinental railroad, blasting through the Sierra Nevada under brutal working conditions. When the railroad was finished in 1869, many workers settled in Chinatowns on the West Coast, becoming farmers, fishermen, launderers or domestic servants.

But while the immigrants might have been initially accepted as cheap laborers, they were abhorred as they formed their own communities, especially as a deep recession sunk in beginning in 1873. “Asians were seen as bringing unfair labor competition, vice, disease,” Tajima-Peña says. Racially-charged language soon dominated tabloids, cartoons, town halls and the speeches of politicians, who used anti-Chinese rhetoric as an easy way to curry favor with voters. Horace Greeley, a prominent political figure and the founder of the New-York Tribune, labeled Chinese-Americans as “uncivilized, unclean, and filthy beyond all conception without any of the higher domestic or social relations.”

This type of language boiled over into deathly violence time and time again. In 1871, at least seventeen Chinese immigrants were hanged in makeshift gallows by a large white mob in Chinatown in Los Angeles. In 1885, an armed mob forcibly drove a Chinese population out of its Tacoma, Wash. homes, menacing its community with rifles, breaking into houses and smashing doors and windows. The same year, white workers in Wyoming massacred 28 Chinese coal miners.

In each instance, these vicious attacks did not result in increased protections for Asian Americans, but further institutional debasement. In Tacoma, the city’s mayor, Jacob Weisbach, participated himself; in Los Angeles, the manslaughter convictions of eight men were ultimately overturned on a legal technicality. In 1882, the widespread anti-Chinese sentiment was burnished into law with the Chinese Exclusion Act, marking the first time the U.S. had ever barred a specific ethnic group from immigrating to the country.

Angry white attackers used plenty of excuses for their violence—including economic and sexual fears—but perhaps the most frequent type of rhetoric was medically based. “It goes back to the notions of China being a place of billions of people living together with unsanitary health habits and strange eating customs that mark them as uncivilized in comparison to the West,” Lee says. When a smallpox outbreak hit San Francisco in 1875, the city’s health officer blamed “unscrupulous, lying and treacherous Chinamen, who have disregarded our sanitary laws.” Every house in Chinatown was forcibly fumigated, but the epidemic spread unabated.

In 1900, the bubonic plague broke out in Honolulu. In response, the Board of Health set fire to 41 buildings in the city’s Chinatown, forcing its residents into quarantined detention camps. In Santa Ana, Calif., six years later, the City Council, citing a man who allegedly contracted leprosy, decided to burn down its own Chinatown. A thousand local residents gathered nearby to watch the conflagration, while the fire department stood by in case the adjacent buildings needed protection.

On Angel Island in San Francisco Bay, the main immigration checkpoint on the West Coast, prospective immigrants were subjected to humiliating and invasive medical examinations and held for weeks in its detention center before they either entered the country or were deported. “Existing racial ideas got medicalized—and transferred into public health narrative and then policies,” Lee says.

Face of the Enemy

Over the past century, similar waves of attacks have flared up in times of economic or public health-based anxiety. These attacks have often been followed by institutional reinforcement, and have been buoyed by national policy which has consistently framed Asian faces as enemies of war.

In 1929, as the Great Depression set in, a California mob of hundreds of white men stormed a Filipino working class community in Watsonville, firing into a bunkhouse and killing the 22-year-old Fermin Tobera. This was three decades after the Filipino-American War, during and after which Filipinos were made out in the press to be unclean and unworthy of self-rule.

No one was charged with Tobera’s murder; seven men were convicted of rioting but received only probation or 30 days in jail. In fact, Filipinos bore the brunt of what came to be known as the Watsonville riots: the California Athletic Commission placed a ban on Filipino boxers, saying their appearance would incite crowd violence, and in 1933, California enacted an amendment to a state law that prohibited marriages between Filipinos and whites.

After the bombing of Pearl Harbor, Japanese Americans were immediately arrested and detained without due process. Two months later, 120,000 people of Japanese descent were rounded up and taken to incarceration camps. A generation later, anti-Asian racism spiked after the Vietnam War—including in one immigrant fishing village in Texas, where Vietnamese refugees were driven out by the Ku Klux Klan, who set fire to their houses and boats and hung a shrimper in effigy.

In 1982, the 28-year-old Chinese-American Vincent Chin was beaten to death by two white auto workers in Detroit who assumed he was Japanese and blamed him for the decline of the auto industry. (Following an oil crisis, consumers began opting for more fuel-efficient Japanese imports over American cars.) The murderers ended up serving three years probation but no jail time, thanks to intervention from Judge Charles Kaufman, who wrote, “These weren’t the kind of men you send to jail.”

And following 9/11, the Sikh Coalition documented over 300 cases of violence and discrimination against Sikh Americans throughout the United States. “When you see it across history, it begs the question of whether we should characterize them as unrelated episodes, or as something that’s more endemic to American history,” Lee says.

Vincent Chin’s death was a pivotal turning point for Asian-American consciousness. It forced many to reconsider the myth of the model minority—that Asian Americans could fully integrate by simply working hard and keeping their heads down—and showed that people of different Asian ethnicities were inextricably linked whether they liked it or not. Following Judge Kaufman’s decision, a movement of solidarity and activism emerged that still persists today.

But many Americans still aren’t aware of Chin’s murder or assume it’s a relic of history, especially given the outward-facing success of many Asian Americans in recent years in fields like medicine and computer science. “Most of the time we were producing the series, it was kind of relative peace and prosperity for a lot of Asian Americans,” Tajima-Peña said. “We knew that from looking at the history, that could end very fast.”

“When I think about how easily this has happened—how immediate and global the anti-Chinese racism has been—it reveals to me the enduring strength of those stereotypes and narratives across centuries,” Lee says.

Tajima-Peña thinks things could get a lot worse, especially given President Trump’s framing of the disease as foreign and his usage of the term “Chinese virus,” which mimics centuries of damaging rhetoric that preceded sweeping violence. “The Trump administration has decided China will be the boogieman in the coronavirus crisis. That’s going to affect all of us as Asian Americans. And especially when the economic crisis collides with the racialization of the disease, that’s going to be ugly,” she says.

She says the way forward is to learn from these harrowing histories and mobilize through civil and political action. Some organizational steps have already been taken: a new tool created by California-based advocacy organizations has been widely used to monitor hate incidents, and New York congresswoman Grace Meng has introduced legislation that seeks to provide greater federal government oversight of COVID-19 hate crimes.

And just as the killing of Vincent Chin expanded a Japanese-American problem into an Asian-American one, Tajima-Peña hopes that the current COVID-19 crisis will force people to “keep on broadening the circles of solidarity outside our own groups.” She hopes that Asian Americans will not turn inward, but use this moment as an impetus to empathize with and support other marginalized communities.

“Asian Americans need to stop invoking Vincent Chin’s name if they ignore the Ahmaud Arberys that happen on and off camera on a weekly or even daily basis,” she says, referring to the black man who was shot to death while on a run in Georgia in February. “We have to figure out how to work together.” 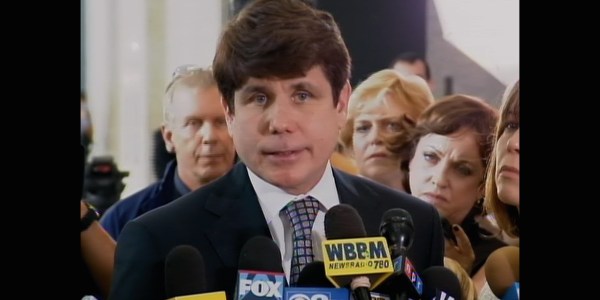 Netflix's Trial by Media Interrogates the Relationship Between Journalism and Justice. But What's the Verdict?
Next Up: Editor's Pick