Aimee Stephens, the trans activist at the center of the first transgender rights case before the U.S. Supreme Court, has died at the age of 59 from health complications, the American Civil Liberties Union (ACLU), who represented Stephens at the Supreme Court, said on Tuesday.

“Aimee did not set out to be a hero and a trailblazer, but she is one, and our country owes her a debt of gratitude for her commitment to justice for all people and her dedication to our transgender community,” Chase Strangio, a member of Stephens’ legal team, said in a statement.

“As a member of her legal team, I am deeply sad for this loss. As a transgender person and an advocate, I am filled with both grief and rage that we have lost an elder far too soon. As we, and millions, carry her work for justice forward, may she rest in power and continue to guide us on this path.”

In 2013, Stephens had announced her transition in a letter to her employers and colleagues at the Detroit-based funeral home R.G. and G.R. Harris Funeral Homes, and said she would begin dressing as befitted her gender identity. Stephens had worked as a funeral home director at the company for nearly seven years; prior to coming out as trans, she had done well at the job and recently been promoted, according to a blog post she wrote for the ACLU in 2018.

Stephens was fired two weeks after delivering her letter. In court documents, her employer said that he fired Stephens because she “wanted to dress like a woman” and was “no longer going to represent . . . as a man.” The funeral home argued that Stephens’ decision to wear the company’s women’s uniform — a jacket and skirt, rather than the men’s uniform of a suit and tie — violated its dress code.

The Washington Post reported that the funeral home offered Stephens a severance package if she agreed not to sue, but she turned it down. “Money at that point was not important,” Stephens told the Post. “It was the principle. Nobody should be fired over something like that.”

The case asks the court to rule on whether Title VII of the Civil Rights Act of 1964 — which prohibits employment discrimination based on sex, race, color, religion or national origin — also extends to transgender people. The Trump administration submitted a brief in August asking the court to rule that Title VII only protects against “biological sex,” which would set a precedent enabling employers to fires employees for being transgender.

Stephens did not live to see the Court’s ruling, which is expected at some point this summer.

Aimee Stephens speaks outside of the Supreme Court in Washington, D.C., on Oct. 8, 2019.
Sarah Silbiger—Bloomberg/Getty Images

“Just waiting for a positive outcome on this case is what really keeps me going day after day,” Stephens told TIME in 2018. “It’s not just for myself, but it’s also for all the other trans people in the world. Not just trans people, but also for all LGBTQ+ people.”

Stephens grew up in Fayetteville, N.C., in a conservative Southern Baptist family without any exposure to transgender people, she told the Post in 2019. In an interview with the ACLU, Stephens said that by the age of five years old, she knew she was “not like every other kid on the street.”

Stephens first began working in funeral services while studying to be a Baptist minister, per the ACLU, and continued in the field for nearly three decades. In 2009, Stephens came out to her wife Donna as a transgender woman and began to transition, with Donna’s support, according to the Post.

In recent years, Stephens’ health had deteriorated, and by 2018 she suffered from respiratory problems and kidney failure, needing dialysis three times a week. In a GoFundMe created on May 7, 2020, her family announced that Stephens had been diagnosed with stage four renal failure and had entered hospice care.

“Being fired from her employer caused an immediate financial strain, leading her spouse Donna to take on several jobs,” the GoFundMe page reads. (Stephens struggled to find employment after her firing, but was later hired as an autopsy technician.) “Friends and family have stepped in when they can, but years of lost income have taken a toll on their finances.” Per the ACLU, losing her job also left Stephens’ without health insurance when her kidneys began to fail. The GoFundMe asks people to donate to help with the cost of end of life care and funeral costs.

“Thank you from the bottom of our hearts for your kindness, generosity, and keeping my best friend and soulmate in your thoughts and prayers,” Donna Stephens said in a statement released by the ACLU on Tuesday. “The outpouring of love and support is our strength and inspiration now.”

In a 2018 interview, Stephens told TIME that she hoped the Supreme Court would consider her case, as well as others dealing with LGBT rights, “with the one thought in mind that we’re all human beings.”

“Sooner or later someone comes along who has to be willing to fight for that cause and do what it takes in order to accomplish our goals,” Stephens said. “And I set out to be that person if I could be.” 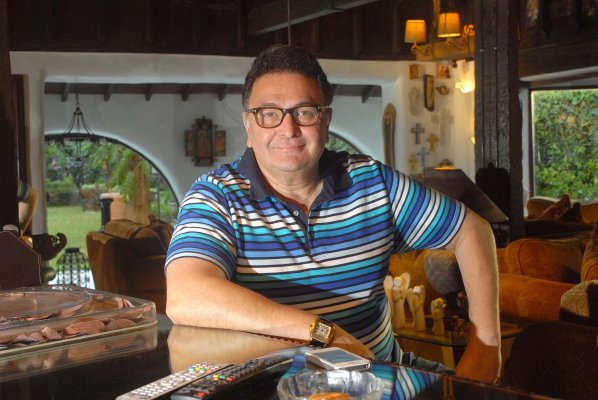