The world lost a comedy legend when Jerry Stiller died at 92, a loss his son Ben Stiller announced on Monday.

“I’m sad to say that my father, Jerry Stiller, passed away from natural causes. He was a great dad and grandfather, and the most dedicated husband to Anne for about 62 years. He will be greatly missed. Love you Dad,” he wrote on Twitter.

The actor and comedian had a long career opposite his wife Anne Meara before taking on his best-known role as Festivus inventor Frank Costanza on the hit television show Seinfeld. A reddit user recently resurfaced a clip from Seinfeld that shows the actor doing what he did best—making people roll on the floor in laughter. The clip is circulating on social media as people pay tribute to Stiller.

In the clip, Stiller, in character as George Costanza’s bellicose father, stands over his TV son, played by Jason Alexander, and faces off against Julia Louis-Dreyfus in character as Elaine Benes. When he makes a cutting remark about George, Elaine agrees, which sets off his paternal instincts. His hackles up, he delivers the line, “What the hell does that mean?” in a tone that is so belligerently funny that Louis-Dreyfus quickly cracks, breaking character to laugh. Alexander laughs so hard that he winds up literally rolling on the floor laughing. Take after take, Stiller gets Louis-Dreyfus laughing with just one line. As the scene slowly progresses, Stiller bellows, “You want a piece of me?!” and the entire set dissolves in laughter. It should be noted that Stiller, ever the professional, never once breaks, which makes Alexander’s and Louis-Dreyfus laugh even harder as he looms over them stony faced while they crumple over in giggles.

It was such a funny scene that the Seinfeld team decided to run the bloopers over the closing credits, which was not standard practice. The moment perfectly encapsulates Stiller’s incredible ability to deliver the funniest lines with a completely straight face, a hallmark of a comedic legend.

Earlier this month, Louis-Dreyfus and Alexander remotely reunited as part of a fundraising effort for the nonprofit Direct Relief and they were asked about the scene. “Jerry Stiller always made us laugh,” said Alexander, beginning at the minute 32 mark in the video below. As they reminisced about Stiller’s intonation and gestures, Alexander told Louis-Dreyfus that her laugh is so infectious that once she started he couldn’t help but join in. “I think we spent 15 minutes just trying to get that little exchange,” Alexander said, laughing along with Louis-Dreyfus.

Louis-Dreyfus remembered that a few weeks after filming, Jerry Seinfeld went on a late night talk show and brought the clip to show “what a professional organization he was running.”

According to Alexander, while Stiller “always knew his lines,” for some reason he didn’t trust that and “a lot of the internal rage of Frank Costanza” came from Stiller’s frustration over trying to remember the correct words. Louis-Dreyfus added that Stiller created Frank’s trademark gesture of looking to the sky in frustration was actually Stiller trying to remember his lines. It is just another sign of a comedy icon who knows that even his own frustrations can be used to get people laughing. 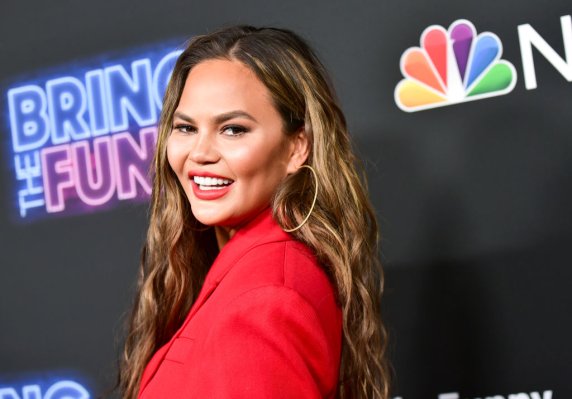 Chrissy Teigen and Alison Roman: What to Know
Next Up: Editor's Pick