The Kapoors are Indian cinema’s first family—but that never defined Rishi Kapoor, who died April 30 at 67. The son of the legendary Raj Kapoor, he forged his own path, building an illustrious career to create his own legacy.

From his first leading role in 1973’s Bobby, he was the keeper of our hearts, ushering in a new era of romance in Hindi movies. His effervescence and flamboyance instantly set him apart. He was a hero who could feel without being maudlin. He was mischievous, rebellious, passionate—and he made falling in love seem so easy and so within our grasp. What made Rishi Kapoor’s love different? It had all the passion of a Shakespearean hero with a generous dollop of innocence added in.

His charisma was in his extraordinary smile, one that made his fans go weak in the knees. And when he danced, he made us all want to jump up and join him.

In the later part of his career, he began to experiment with his roles, taking on characters who were far removed from those of his earlier films. I had the privilege of working with him in Agneepath, in which he played a fierce, no-holds-barred character, someone to hate rather than love. The versatility of this genial man will never be experienced again.

The loss of Rishi Kapoor is the end of an era for Hindi cinema, but his contribution to the world of films has been and will always be an inspiration for generations to come. To your beautiful family, Neetu Ma’am, Riddhima and Ranbir: the world grieves with you.

As his father said in his legendary movie Mera Naam Joker, the show must go on. Rishi Sir, thank you for the magic, the memories and your candid heart. I’m so grateful for having had the opportunity of knowing you personally as well—your candor, your laughter, your zest for life. That’s how I’ll always remember you.

Farewell, Chintu uncle. Hindi cinema will never be the same. 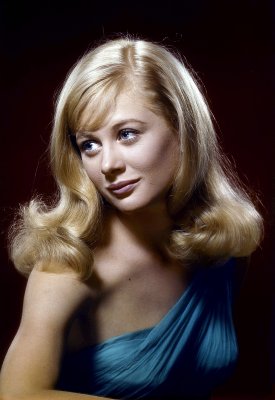 Marcia Cross on the Legacy of Shirley Knight
Next Up: Editor's Pick