Federal Stimulus Spending Is Giving the Lobbying Industry a Giant Windfall. This Firm Has Benefited the Most

As lawmakers in Washington rushed to pass a historic, nearly $2.3 trillion stimulus package last month, lobbying firms of all stripes lined up at the trough, pushing to secure bailout money, tax breaks and sweetheart deals for their clients. But disclosure reports show that one firm in particular, Brownstein Hyatt Farber Schreck, emerged as the first quarter winner—both in terms of the number of new clients it registered and the amount it pulled in from existing ones.

“Brownstein was very clearly ready and on the mark to take advantage of this moment,” says Sheila Krumholz, the Executive Director of the Center for Responsive politics, a non-partisan organization that tracks political spending. Congress has passed four coronavirus-related bills since March 6, with total expenditures totaling close to $2.5 trillion. Companies scrabbling for a slice of that pie has unleashed a lobbying boom across the industry.

“[Brownstein] in particular has grown the fastest, taken the greatest advantage of this moment to bring in new clients and to capture the largest share of business from those seeking support for those benefiting from COVID,” Krumholz says.

In total, Brownstein received more than $11 million from clients in the first quarter of 2020, according to TIME’s calculations based on disclosure filings. That’s a 21 percent increase over last year’s first quarter revenue. Between January 6 and April 28, the firm registered 33 new clients, according to disclosure filings. Seventeen of them—nearly 52 percent—registered with the firm solely for pandemic-related legislation.

This week alone, Brownstein filed disclosure reports showing it had registered seven new clients: two real estate development firms, including Pyramid Management Group, which bills itself as “the largest privately held shopping mall developer in the northeast”; an internet in-flight service company; a healthcare network management firm from Florida; a financial services company in New York; a private investment firm in Virginia; and a robotics company in Kentucky. All but one of the new clients, the robotics company, hired Brownstein to lobby on COVID 19-related issues or the Small Business Administration’s Paycheck Protection Program.

While Brownstein employs former aides to lawmakers of both parties, several of the firm’s Q1 clients, including its highest paying one, have close ties to President Trump and his family. Colony Capital, the real estate and investment firm owned by Trump donor and friend Thomas Barrack Jr., paid the firm $30,000 to lobby on the CARES Act and “issues related to COVID-19 relief,” according to disclosure filings. The healthcare company Envision also hired Brownstein in Q1. In 2018, Envision was acquired by the global investment firm Kohlberg Kravis Roberts, whose co-founder Henry Kravis donated $1 million to President Donald Trump’s inauguration in 2017.

In 2017, Apollo came under scrutiny because of its ties to Kushner Companies, the real estate company owned by Kushner’s family. That year, Apollo gave Kushner Companies $184 million to refinance a mortgage on a building in Chicago. The New York Times reported at the time that the loan was triple the amount the firm’s real estate arm usually lends, and came after one of the co-founders, Joshua Harris, met with Kushner at the White House. NBC News reported on April 4 that another Apollo co-founder, Marc Rowan, e-mailed Kushner last month seeking to influence the details of the Federal Reserve’s lending program.

A spokesperson for Apollo said its lobbying targets in the first quarter “have primarily focused on how rules, reopening and programs would affect the operating environments for businesses across our portfolio,” and “not specific to CARES.” Brownstein did not respond to e-mailed questions about its activity this year.

It’s unclear what exactly Apollo and other companies will gain by hiring Brownstein to lobby on their behalf, but history shows that such spending often pays off, usually in hard-to-track ways, like tax loopholes or regulatory exemptions inserted into legislation. A 2019 report by OpenTheBooks, a nonprofit government watchdog group, tracked a more obvious form of influence: public giveaways and subsidies to corporations. OpenTheBooks found that between fiscal years 2014 and 2017, Fortune 100 companies spent $2 billion on lobbying and, during that same period, received $3.2 billion in direct federal grants—a 60% return on investment by that narrow measure alone. (Fortune 100 companies also received an additional $399 billion in federal funding over the same years, mostly through federal contracts.)

This, of course, is nothing new. It’s how Washington has long worked. But as the country reels from the economic and public health effects of the coronavirus pandemic, critics say the arrangement will end up benefiting the most prominent and well-connected companies and punishing those without access to power, exacerbating the income inequality the pandemic has already reinforced.

“Most of the lobbyists who are engaging congress and the administration on the coronavirus relief are representing companies and large industries. They’re not representing people trying to get unemployment and healthcare,” says Lee Drutman, a senior fellow in the Political Reform program at the think tank New America and the author of The Business of America is Lobbying: How Corporations Became Politicized and Politics Became More Corporate. ”If you don’t have a well connected lobbyist your concerns won’t be heard in the same way.”

Brownstein, which is headquartered in the nation’s capitol, was well positioned to take advantage of the recent lobbying boom. Its biggest Washington-based competitor, Akin Gump Strauss Hauer and Feld, also did well, increasing its first quarter revenue by 18 percent compared to the first quarter of 2019, and netting at least ten new clients solely for pandemic-related legislation. (That number may higher, as the last disclosure the firm released was on April 17. Brownstein’s last disclosure was April 28).

Brownstein, which began in 1968 as a Colorado-based law firm, has since 1995 become one of the most prominent bipartisan firms in Washington, filled with former Congressional aides to some of the highest ranking lawmakers. The firm’s managing partner and shareholder, Marc Lampkin, was an adviser to former House Speaker John Boehner, a deputy campaign manager for George W. Bush’s first presidential campaign, and general counsel for the House Republican Conference. Al Mottur, another former managing partner, is a longtime Democratic strategist who served on Hillary Clinton’s finance committee during her 2016 campaign.

One new Brownstein client, Oakleigh Thorne, the CEO of GoGo, Inc., an inflight internet provider service says he expects to furlough 60 percent of his employees in May if his company doesn’t receive federal aid. The company is ineligible for the Paycheck Protection Program, but Thorne says he’s also hoping to access the Treasury’s $50 billion in grants and loans earmarked for the airline industry. Since GoGo, Inc., is a contractor to airlines, Thorne says he believes it qualifies.

“Because we don’t really spend a lot of time negotiating the hallways of Washington, we needed some help to make sure we went about it the right way,” he says. “They have a really solid presence.” 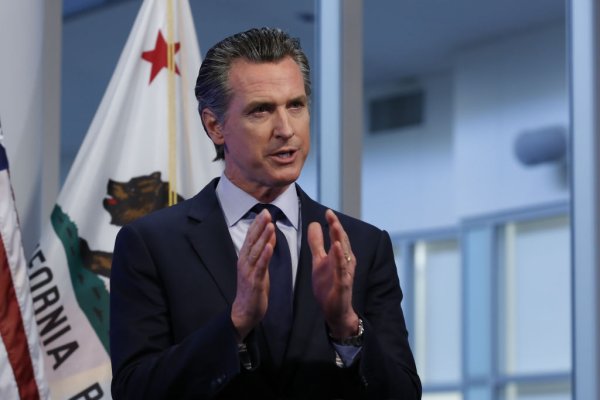 Gov. Newsom: Why I'm Not Ready to Reopen California
Next Up: Editor's Pick