Many Asylum Seekers in Mexico Can't Get U.S. Court Hearings Until 2021. A Coronavirus Outbreak Could 'Devastate' Them

Asylum seekers on the bank of the Rio Grande in Matamoros, Mexico, on April 22. In the city just over the U.S. border from Brownsville, Texas, roughly 2,500 asylum seekers await their court dates living on a muddy strip of land the size of two football fields.
Fred Ramos
By Jasmine Aguilera

On the morning of May 6, a Brazilian mother got her family ready to leave the shelter they’ve been staying at for three months in Ciudad Juárez, across the border from El Paso, Texas, to present themselves at the border as is required for those seeking asylum. Two of her children are physically disabled—a 1-year-old girl with congenital hydrocephalus, a brain disorder, and a 2-year-old boy who has suffered brain damage as a result of being born prematurely. She says they need urgent and constant medical care, which is not available at the shelter.

Without masks or other protection, they made their way to a port of entry connecting Juárez to El Paso to speak with U.S. Customs and Border Protection (CBP). However, the pandemic means that instead of meeting with a judge, she was presented with a delayed court date.

“We’re sleeping on the floor with the children in a hall, so it’s really hard,” the mother tells TIME through an interpreter, and asked that her identity and specific location be kept private as she has concerns about the family’s safety.

Given that the delay could have serious implications for her children with health conditions, the mother asked that she and her family be exempt from the Trump Administration’s Migrant Protection Protocols (MPP)—also known as the Remain in Mexico policy—and allowed to enter the U.S. while waiting for their court hearing. According to CBP’s MPP guidelines, “vulnerable” asylum seekers with known “physical/mental health issues” should be exempt from the policy. Lawyers for the mother at the El Paso-based Las Americas Immigrant Advocacy Center provided medical records and letters written by American physicians who had reviewed those records.

“Both of [the mother’s] children are at risk of serious health consequences or even death without access to proper and advanced medical care,” wrote Dr. Bonnie Arzuaga, one of the physicians who reviewed the children’s medical records, in a letter to CBP seen by TIME. “Additionally, living in a crowded shelter puts these medically fragile children at risk for serious illness from infectious diseases, including COVID-19.”

Ultimately, CBP denied the mother’s requests, and she and her family were back in the Juárez shelter by the end of the day. “The only thing that we can do is just wait,” the mother says. “All I can do is just pray.”

A member of the Global Responses Management medical team in the Matamoros camp on April 24. "Social distancing and quarantine in refugee situations is nearly impossible," says Helen Perry, an acute care nurse practitioner and executive director of GRM.
Fred Ramos

The family is among approximately 20,000 asylum seekers with pending cases under the MPP program, according to recent estimates from the Transactional Records Access Clearinghouse at Syracuse University. Asylum seekers who made their way to the U.S. were sent back to Mexico to wait for court hearings to decide on their requests for asylum. Due to COVID-19, MPP hearings have been suspended until at least June 8, which has caused a further backlog in court proceedings. Many of those waiting along Mexico’s northern border with the U.S. not only face delays, but also live in cramped and unsanitary conditions, potentially exposing them to a greater danger of COVID-19. There is also a lack of testing in Mexico.

Public health officials in both Juárez and Matamoros did not immediately respond to TIME’s requests for comment on conditions for migrants.

While the Brazilian mother has her next court date tentatively set for July 14, 2020, many have had their dates pushed back even further as a result of the COVID-19 suspension, until 2021 in some cases. El Paso-based lawyer Taylor Levy tells TIME she has met several asylum seekers whose court dates have been pushed back until April 2021. One man from Venezuela, for example, would have had his final asylum hearing on May 6. Instead, he now has to wait until April 21, 2021.

“He was pretty devastated,” says Levy, who most days stands at the Paso del Norte port of entry ready to speak to asylum seekers as they present themselves to Border Patrol. She also provides donated goods to them, including face masks and hand sanitizer. “He didn’t necessarily think he was going to wait the year, he didn’t know what he was going to do.”

In the city of Matamoros, Mexico, just across the border from Brownsville, Texas, roughly 2,500 asylum seekers await their court dates living on a muddy strip of land the size of two football fields on the banks of the Rio Grande. Among them is Perla, an asylum seeker from Nicaragua, who, along with her daughter and grandchildren, has been living in the camp for nine months while they wait to have their asylum case heard. Due to the coronavirus pandemic, their court date has been pushed back to July. Perla asked not to be identified by her full name after expressing concern for her and her family’s safety.

The family, like the other asylum seekers in the camp, face potential exposure to the coronavirus, which could spread like wildfire in the cramped conditions. Perla was a pharmacist in Nicaragua before she and her family fled violence that broke out under the administration of President Daniel Ortega, which she says resulted in her cousin being killed. She now works with a medical non-governmental organization (NGO) at the encampment to help try to prevent an outbreak of COVID-19, but if the virus does make its way into the camp, “it’ll be in God’s hands,” she says in Spanish.

Dr. Dairon Elisondo Rojas, a doctor from Cuba who is waiting for his asylum case to be heard, has been working with Perla and a team of volunteer health care workers from Global Response Management (GRM), an international medical NGO with a medical unit at the center of camp, to put in place protective measures to try to prevent an outbreak, something Elisondo says would “devastate” the camp if it arrived.

A burial at a newly dug grave at the Municipal Cemetery No. 13 in Tijuana, Mexico, on May 12. Experts say Mexico's COVID-19 case count and death toll have been underreported.
Fred Ramos—Bloomberg/Getty Images

Everyone is instructed to sleep head-to-toe in tents that are open or have vents they can open, which they hope will limit the respiratory droplets they’re exposed to at night, Elisondo says. The team has created a hotline for people to call if they start to display symptoms, and have passed out vitamins in an effort to boost immune systems. They’ve also installed 40 additional sinks for hand washing and are making their own hand sanitizer.

However, despite their best efforts, since March 12, 19 people have presented with some combination of cough, fever, fatigue, muscle aches, abdominal pain—all symptoms of COVID-19. Most have been isolated at a sectioned-off part of camp, where they have access to their own bathroom setup. Others, with more serious symptoms, were removed to hotels. One man, for example, who had severe diarrhea, was vomiting and had a fever, was placed in a hotel to quarantine.

Seventeen of the asylum seekers have so far completed their quarantines and returned to the camp, but two patients who are showing symptoms, including one child, remain in isolation and are awaiting the results of testing by Matamoros health officials.

In general, the asylum seekers are concerned for their safety, Helen Perry, an acute care nurse practitioner and executive director of GRM, tells TIME. “Social distancing and quarantine in refugee situations is nearly impossible,” she says. “Bathrooms are communal, kitchens are communal, sinks are communal. So it’s incredibly difficult.”

A family wearing protective masks mourns during the burial of a relative who died from coronavirus at Municipal Cemetery No. 13 in Tijuana, Mexico, on May 12.
Fred Ramos—Bloomberg/Getty Images

But without widespread access to testing, it’s impossible to know if the virus has officially arrived. It’s the public health officials who determine who can receive a COVID-19 test, Perry says. Officials have so far tested eight people at the camp, and have only shared the results of one person, whose test came back negative. The two people who are currently in isolation were tested by public health officials on Tuesday, Perry says, but she’s unsure if she’ll ever know the results.

Experts say across Mexico the COVID-19 case count and death toll have been underreported. State officials in the Mexican state of Tamaulipas, where Matamoros is located, have reported 917 COVID-19 cases as of Thursday morning, and 56 deaths. The city of Matamoros has the highest case count and death toll in the state, with 205 cases and 16 deaths as of May 14. The actual case and death count could be higher, as Mexico ranks last for testing out of all countries that are members of the Organization for Economic Cooperation and Development (OECD). According to OECD, Mexico is only testing 0.6 people for every 1,000.

“With Mexico, as with many other countries around the world, their public health system, their public health infrastructure is very poor,” Perry says. “For us, it’s been very hit or miss whether we’ve been able to get our patients tested or not. But it would absolutely not surprise me to find out that the death toll [in the city of Matamoros] is much higher than what’s really known.”

A girl plays in the migrant camp in Matamoros, Mexico, on April 23. The city has the highest case count and death toll in the state.
Fred Ramos

To make due amid a lack of local COVID-19 testing, GRM says it has started to utilize thousands of antibody tests transported from the U.S. to use as a screening tool. Although there is widespread concern many of the tests might be flawed, GRM says these rapid detection tests can help the health care workers determine if someone was potentially exposed to the virus. “That’s the agreement we’ve come up with, with the public health department in Matamoros,” Perry says. “So we’re not using it to predict immunity or to predict who is safe to go out and about in public.”

Additionally, some shelters, including the one in Juárez where the mother from Brazil is staying, have implemented rules to try and prevent an outbreak. People are only allowed to leave if they have a court date — and if they do decide to leave they risk losing their spot at that shelter.

Other Juárez shelters — there are about 20 of them — have started to reduce their capacity to help with social distancing, Levy says. Most shelters have not been accepting new residents for several weeks, and personal protective equipment is limited.

“The shelters are incredibly dedicated in terms of doing everything that’s within the realm possible to try and prevent contagion,” she says. “But they’re still very limited.” 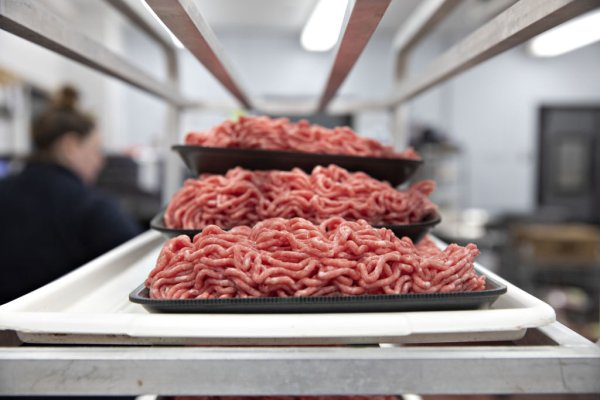