Joe Biden denied an allegation by former Senate staffer, Tara Reade, that he sexually assaulted her in a Capitol Hill building in 1993 on Friday, in his first public acknowledgment of the charge.

“I want to address allegations by a former staffer that I engaged in misconduct 27 years ago,” the former vice president and current Democratic presidential candidate said in a statement published Friday morning on Medium. “They aren’t true. This never happened,” Biden said of the allegations.

In the statement, Biden called on the National Archives, which he said would have a record of any complaints made by Reade on the allegation, to look for and release any documents she filed.

“If there was ever any such complaint, the record will be there,” he said.

Biden reiterated his denial of the allegation during an appearance on MSNBC’s Morning Joe shortly after the statement was released on Friday.

“No. It is not true. I’m saying unequivocally, it never happened,” he said.

Biden said he wasn’t questioning Reade’s motive but that he was confused about why she brought up the accusation.

Biden addressed the allegation amid mounting pressure from some Democrats who have pushed him to respond to Reade’s accusation. Reade’s story regained attention over the past week after two of her acquaintances said she had shared details of her allegation with them. 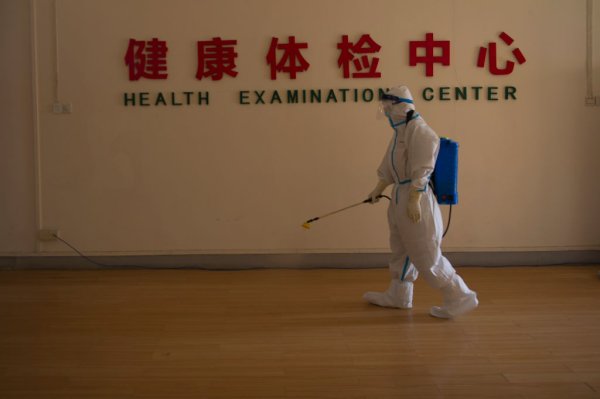