In normal times, Mary Kay Henry, the president of the second largest union in the U.S., flies around the country meeting with workers, politicians and policymakers, arguing that the nearly 2 million Americans she represents deserve more. Now, in an age of pandemic, as her members–the janitors and food-service employees and airport and home-care workers of the Service Employees International Union (SEIU)–are asked to put their lives on the line by going in to work, Henry is fighting for them from a downstairs apartment in San Francisco.

On a recent Wednesday, Henry, 62, sat on a chair padded with a cushion in front of a poster board featuring the SEIU logo, wearing her signature purple glasses and a deep purple blazer (purple is the color of the SEIU), encouraging fast-food workers in Chicago who had walked off the job to protest a lack of masks and gloves at work. Later, she hopped on a Zoom call with home-care workers who talked about making masks out of paper towels and worrying about their lack of paid sick days, raising her fists in the air when a worker vowed to tackle the racism that COVID-19 has laid bare. “Amen,” she says. “I agree.”

The stories Henry’s been hearing over the past few weeks have been grim–record unemployment and talk of the looming recession bringing more job cuts, even as union members risk their lives going to work now. Some members have died. Yet in these stories, Henry finds proof that the pandemic could lead to change.

“Somebody said to me yesterday, ‘You know all those crazy ideas that you walk around talking about, well, this is the time your ideas should get crazier, Mary Kay, because anything could happen, it’s all up for grabs,'” she tells me, after one of her long days on phone calls, stretching out at a wooden table by a window that looks out into San Francisco’s Castro neighborhood, wrapping a purple blanket around her shoulders. The SEIU has already secured some victories in these uncertain times: different member unions have negotiated childcare-assistance grants, hazard pay, extended health care and additional paid leave for members.

Still, this wasn’t the way Henry envisioned a labor revolution. In an August speech in Milwaukee, Henry appealed for a new approach to organizing, which she called Unions for All, arguing that every single worker in America should be allowed to join a union. She was conferring with various Democratic presidential contenders, saying an endorsement depended on support for this proposal, when the coronavirus struck.

Though Henry dedicated the early days of the coronavirus to listening to workers and sharing their stories with elected officials, it soon became clear to her that the pandemic represented an opportunity to move on Unions for All, albeit in a different way. On March 18, the SEIU launched a campaign called Protect All Workers that demanded certain protections for every worker, whether or not they belonged to a union. The demands included fully funded health care, 12 weeks of paid leave, free COVID-19 testing and treatment, access to personal protective equipment and financial support for working families. “It seemed natural to pivot,” she says. “If we were demanding unions for all and if you could imagine all workers being in an organized union–What set of demands would workers be making at this moment on government and corporations?”

Henry says the crisis has given a push to workers who were already frustrated about stagnant wages, a limited safety net and income inequality in America. “We’re going to see mass organizing the likes of which last occurred in the ’30s in the Great Depression,” she predicts, leaning forward toward her computer as her earrings jangle. “It’s like there was a haystack and a match was thrown in by COVID-19.”

It would not be difficult to confuse Mary Kay Henry with Elizabeth Warren. Both are progressive white women with glasses, short tawny hair and awkward but endearing enthusiasm–Henry’s was on full show when she tried to lead a chant of “Sí, se puede” during a Facebook Live event with fast-food workers. Both are pushing positions that might have been deemed too populist a few years ago–better wages and paid family and medical leave for all workers, higher taxes on corporations.

Henry also shares Warren’s middle-class background. She was raised Catholic in a suburb of Detroit, the oldest girl of 10 siblings, and became interested in organizing because it was she who had to get everyone up, dressed and onto the school bus every morning. She soon learned that it was important to deputize–if one sibling fixed breakfast, another could help the younger kids get dressed–and that her brothers and sisters could accomplish more as a team than they could on their own. Henry has spent her whole career with the SEIU, much of it in California.

Henry, who is now based in Washington, D.C., was on a business trip in Sacramento when the shelter-in-place orders started coming down. Even though she had only packed for a short trip, Henry settled in with her spouse, Paula Macchello, who lives in the couple’s home in San Francisco. Henry now works both East Coast and West Coast hours, embarking on long walks around the hills of San Francisco with Macchello in the late afternoon. “I don’t think we’ve spent this much time together for 20 years,” Henry jokes.

Henry became the president of the SEIU in 2010, replacing Andy Stern, a controversial labor figure who successfully organized new members and grew the union during his tenure but also sparred with other unions. Henry was seen as a consensus builder when elected, and in many ways she embodies the opposite of a firebrand male leader; she listens carefully to workers, telling their stories, speaking little of herself. “My experience is when people understand what the janitor in Houston is confronting or what the home-care worker in Santa Clara is confronting, a lot of elected officials and many employers want to solve the problem,” she says. She has expanded the union to focus not just on collective bargaining but also on raising wages and benefits for all workers, including those not in a union.

This would not seem to be a good time to organize workers. Recessions undercut the bargaining power of labor unions, and both states and the federal government have made organizing more challenging in recent years. Just 11.6% of U.S. workers were represented by unions last year, compared with 15% in 2000.

But this doesn’t daunt Henry. Even before COVID-19, she says, people like teachers and tech workers were starting to protest the widening inequality in the U.S. economy, even if they didn’t belong to unions. There are millions of people whose situation has been made even more precarious by the pandemic, people who have lost jobs and whom the SEIU wants to bring into its fold. “People want community and to understand they’re part of something bigger,” she says. “That they’re not on their own and having to fend for themselves in this really unprecedented and sometimes horrific and sometimes inspiring moment that we’re in.” 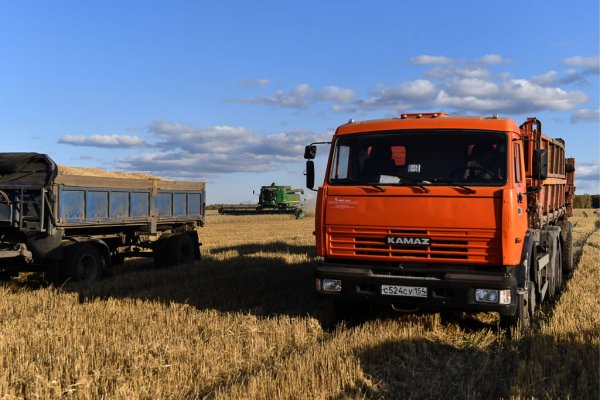