The future of sports is as uncertain as ever during the COVID-19 pandemic. A Japanese medical expert said on Tuesday that the Tokyo Olympics, which have already been delayed a year, might not go off as planned unless a vaccination is available; the head of the Tokyo organizing committee indicated cancellation of the Olympics would be a possibility. The French prime minister announced on Tuesday that France’s pro soccer season would be cancelled; the next season could begin in September at the earliest. In the United States, a patchwork of state laws dictating when economies will reopen — and when people can start using athletic facilities again — is sure to complicate comeback plans for the NBA, MLB and other major American sports leagues.

One plan, however, is already in place: if Germany’s pro soccer league, the Bundesliga, makes its expected return sometime in May, one team will have cardboard likenesses of its actual fans in the stands to greet them.

That’s right: supporters of Borussia Mönchengladbach, the German club that currently sits in fourth in the Bundesliga standings, have developed a novel oddball concept — one worth replicating around the world if coronavirus-era sporting events take place in empty stadiums and arenas in the coming weeks and months. For 19 euros, or some $20.60, fans of Borussia Mönchengladbach can purchase a cardboard cutout of their likeness, to be planted in the Borussia-Park home stadium seats during games.

Getting your cardboard fanny in the stands is simple: visit this link, snap or upload a picture of yourself, fill out some information, including your payment details, and your order goes to a printer based in Mönchengladbach, a city of some 260,000 people in western Germany near the Dutch border.

“Football fans in Germany are not the smartest people in the world,” jokes Ingo Müller, a member of the team’s supporter’s club who came up with the idea some three weeks ago while quarantined in his Berlin apartment. Müller connected with some developers to get the app up and in running. “We had to make it easy for them,” he says.

According to Müller, the cardboard campaign has exceeded 10,000 orders. For their photos, fans put on their jerseys and wear their scarves. Even supporters of visiting sides have placed orders, so that when their team travels to Mönchengladbach, they’ll be at the game too — booing the home team, though, at least in spirit. Müller insists intense rivalries will preclude other Bundesliga clubs from replicating the cardboard plan. “They would never dare to copy it,” says Müller. “Bayern Munich is really pissed that we came up with it.” (Bayern Munich did not respond to an email seeking comment.)

A portion of the proceeds from cardboard sales, says Müller, will be placed in a fund for fans requiring help during the pandemic. The initiative is also assisting the local printing business during an uncertain time. Officials from Borussia Mönchengladbach immediately embraced the idea: they opened up their stadium to the supporters group, who have already stationed 3,000 cardboard fans in the 54,000-seat facility.

“When players go through the tunnel and you see those supporters in the tribunes, you have the feeling someone is watching you,” says Markus Aretz, head of media and communications for Borussia Mönchengladbach. “It’s a good feeling for the players. It’s fun. It’s a statement by the fans that they want to be with the team. It’s a statement for us: the fans are part of the game.”

Aretz says that no crowd noise will be pumped into the stadium during the games; that’s going a bit too far. Borussia Mönchengladbach doesn’t want to send a message that the artificial fan experience can come close to the real thing. “We won’t do anything that would give supporters the feeling that we don’t need you,” says Aretz.

Germany’s political leadership will ultimately decide when the Bundesliga can return; the country’s COVID-19 deaths per 100,000 population (7.61) is far lower than that of neighboring Belgium (64.18) and France (35.37) Any kind of restart in the near future won’t include a mass gathering of thousands of fans. Müller promises that when fans can return to Borussia-Park, the supporter’s group will throw a huge party at which people who brought cutouts can collect them.

“The best thing about this is that we’ll have no trash,” says Müller. “Come to the stadium, have a beer and a sausage, and take home a memory.”

Such anticipation for a cardboard collection, history has never seen. What a day that will be. 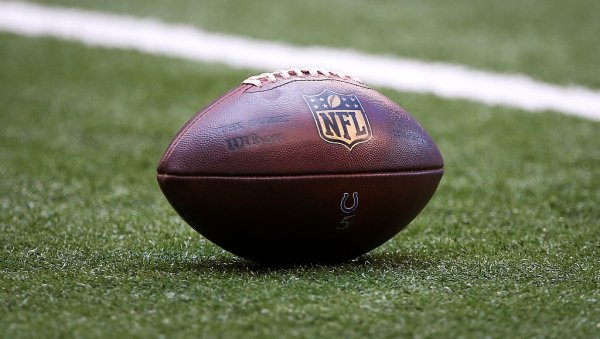 The NFL Draft Shows How Much America Needs Sports
Next Up: Editor's Pick