President Donald Trump plans to order meat-processing plants to remain open, declaring them critical infrastructure as the nation confronts growing disruptions to the food supply from the coronavirus outbreak, a person familiar with the matter said.

Trump plans to use the Defense Production Act to order the companies to stay open during the pandemic, and the government will provide additional protective gear for employees as well as guidance, according to the person.

Trump signaled the executive action at the White House on Tuesday, saying he planned to sign an order aimed at Tyson Foods Inc.’s liability, which had become “a road block” for the company. He didn’t elaborate.

The order, though, will not be limited to Tyson, the person said. It will affect many processing plants supplying beef, chicken, eggs and pork.

Trump’s order sets the stage for a showdown between America’s meat giants, who’ve been pressing to reopen plants hit by mass outbreaks, and local officials and labor unions who’ve called for closures and are trying to prevent the virus from spreading. The president himself has long agitated for Americans to return to work and restore a U.S. economy crippled by social distancing measures.

The White House decided to make the move amid estimates that as much as 80% of U.S. meat production capacity could shut down. Meat stocks rose on the news.

On Sunday, Tyson Foods Chairman John Tyson said in a blog post that the U.S. food supply chain “is breaking,” with millions of pounds of meat set to “disappear” as plants close.

Illnesses in the meat-processing industry and shifts in demand after restaurants closed have disrupted the supply chain. Dairy farmers are dumping milk that can’t be sold to processors, broiler operations have been breaking eggs to reduce supplies and some fruit and vegetables are rotting in fields amid labor and distribution disruptions.

Many low-income Americans, meanwhile, have been waiting in long lines at food banks, which have reported shortages.

The Defense Production Act allows the government broad power to direct industrial production in crises. Trump has previously invoked the law — or threatened to invoke it — in order to increase the supply of medical gear including ventilators, masks and swabs to test for coronavirus infection.

The White House has been discussing the order with meatpacking executives to determine what they need to operate safely and stay open, in order to prevent shortages, the person said. White House General Counsel Pat Cipollone worked with private companies to design a federal mandate to keep the plants open and to provide them additional virus testing capacity as well as protective gear.

Trump acted one day after Iowa’s two U.S. senators and its governor urged the administration to invoke the DPA to keep meatpackers open and reopen closed facilities “as soon as it is possible to do so safely.” Iowa produces one-third of the nation’s pork supply, according to the state officials.

The officials also asked for federal assistance in euthanizing pigs and reimbursing hog farmers for their losses due to closures of processing facilities.

Across the country, at least 6,500 meat processing employees have been impacted by the virus, meaning they either tested positive for the disease or had to go into self-quarantine, according to the United Food and Commercial Workers Union, the largest private-sector union. Twenty workers have died.

At least 22 meat plants have closed within the past two months, reducing pork processing capacity by 25% and beef processing capacity by 10%, according to UFCW. Farmers have animals with nowhere to go as a result, and the situation is so dire that the U.S. Department of Agriculture is setting up a center to help growers with “depopulation and disposal methods” for animals.

Experts have warned the U.S. could be just weeks away from fresh meat shortages. While inventories can provide some cushion, stockpiles are limited.

Total American meat supplies in cold-storage facilities are equal to roughly two weeks of production. With most plant shutdowns lasting about 14 days for safety reasons, that further underscores the potential for deficits.

And the shutdowns are happening at a time when global meat supplies were already tight. China, the world’s top hog producer, has been battling an outbreak of African swine fever, which destroyed millions of the country’s pigs.

— With assistance from Mike Dorning. 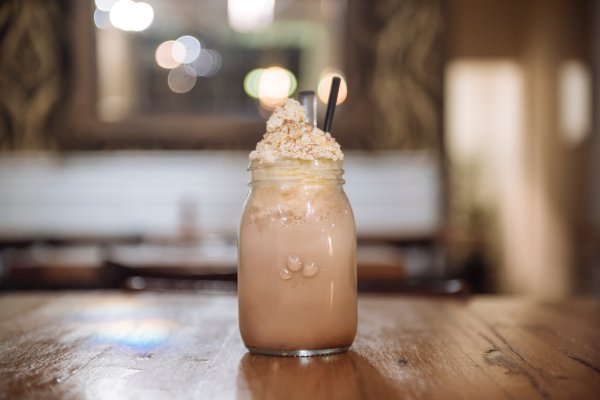 Flavorful Whipped Milk Is the Latest Photogenic Beverage That People Are Whipping Up
Next Up: Editor's Pick