Coronavirus Is Likely to Become a Seasonal Infection Like the Flu, Top Chinese Scientists Warn

Chinese scientists say the novel coronavirus will not be eradicated, adding to a growing consensus around the world that the pathogen will likely return in waves like the flu.

It’s unlikely the new virus will disappear the way its close cousin SARS did 17 years ago, as it infects some people without causing obvious symptoms like fever. This group of so-called asymptomatic carriers makes it hard to fully contain transmission as they can spread the virus undetected, a group of Chinese viral and medical researchers told reporters in Beijing at a briefing Monday.

With SARS, those infected became seriously ill. Once they were quarantined from others, the virus stopped spreading. In contrast, China is still finding dozens of asymptomatic cases of the coronavirus every day despite bringing its epidemic under control.

“This is very likely to be an epidemic that co-exists with humans for a long time, becomes seasonal and is sustained within human bodies,” said Jin Qi, director of the Institute of Pathogen Biology at China’s top medial research institute, the Chinese Academy of Medical Sciences.

A consensus is forming among top researchers and governments worldwide that the virus is unlikely to be eliminated, despite costly lockdowns that have brought much of the global economy to a halt. Some public health experts are calling for the virus to be allowed to spread in a controlled way through younger populations like India’s, while countries like Sweden have opted out of strict lockdowns.

Anthony Fauci, the director of U.S. National Institute of Allergy and Infectious Diseases, said last month that Covid-19, the disease caused by the virus, could become a seasonal ailment. He cited as evidence cases now showing up in countries across the southern hemisphere as they enter their winter seasons.

More than 3 million people have been sickened and over 210,000 killed in the global pandemic.

While some, including U.S. President Donald Trump, have expressed hope that the virus’s spread will slow as the temperature in northern hemisphere countries rises in the summer, Chinese experts on Monday said that they found no evidence for this.

“The virus is heat sensitive, but that’s when it’s exposed to 56 degrees Celsius for 30 minutes and the weather is never going to get that hot,” said Wang Guiqiang, head of the infectious diseases department of Peking University First Hospital. “So globally, even during the summer, the chance of cases going down significantly is small.”

–With assistance from John Liu and Yinan Zhao. 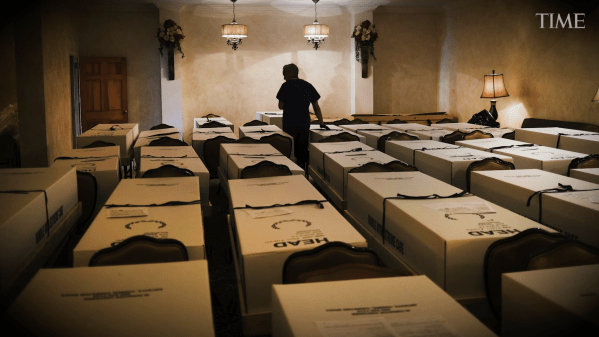