President Donald Trump said he knows the health status of North Korean leader Kim Jong Un and suggested that the world would be hearing additional details “in the not too distant future,” but declined to elaborate further.

At a White House news conference on Monday, Trump said he could not “tell you exactly” the status of Kim’s health, then added that he did have a “very good idea” about his condition.

Speculation about the 36-year-old North Korean leader’s health accelerated after the Seoul-based news site Daily NK reported April 20 that he was recovering from surgery, citing an unidentified person inside the country.

U.S. media outlets subsequently reported that American intelligence officials had been told that Kim was in critical condition after cardiovascular surgery. He was absent at the April 15 birthday celebrations for his late grandfather Kim Il Sung, the state’s founder and its leader during the Korean War.

The U.S. president’s comments would appear to signal that he believes Kim is alive.

Trump last week said he thought reports that Kim was in grave condition were inaccurate and possibly based on “old documents.” But speculation reignited over the weekend after Reuters reported on Saturday that China had sent a team — including doctors and senior diplomats — to advise its longtime ally.

Separately, the North Korea-focused think tank 38 North published satellite images showing that a train resembling one used by Kim had parked last week near a coastal leadership compound in Wonsan. But South Korea’s National Security Council said last Thursday they had not observed unusual movement in North Korea, and Unification Ministry spokeswoman Cho Hyesil reiterated that assessment in a press briefing on Monday.

Questions seem certain to continue circulating until the North Korean leader — a heavy smoker who has gained considerable weight since taking power in 2011 — appears again. Kim similarly disappeared from state media for six weeks in 2014, prompting speculation that he had been sidelined by gout, an ankle injury or even overthrown in a coup. He subsequently showed up walking with a cane during a visit to a new residential block.

“Nobody knows where he is,” Trump said Monday.

The episode renews longstanding questions about the stability of a regime built on iron-fisted authority and the cult of personality surrounding Kim, who has no known successor. Health scares have been a common occurrence over the years, and the leader’s medical condition is a closely guarded subject in one of the world’s most secretive states.

The hashtag #kimjongundead was the among the top subjects trending globally Saturday on Twitter. The name of his younger sister Kim Yo Jong — a potential successor — was also trending in the U.S.

Any leadership change in North Korea could increase the threat of instability on China’s border and raise questions about control of the country’s expanding nuclear arsenal. Kim has also been central to Trump’s so far unsuccessful efforts to get him to reduce his weapons stockpile. 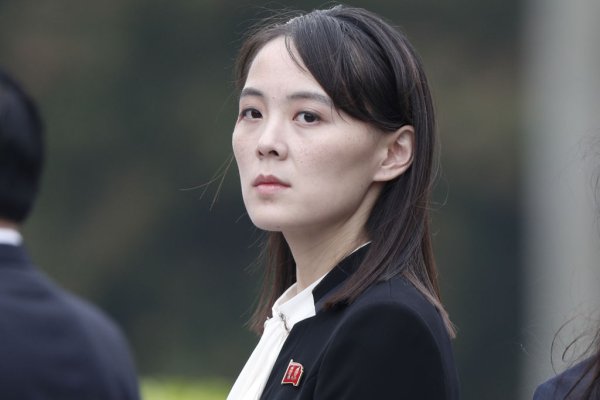