(Bloomberg) — Facebook is launching a new group video chat product meant to capitalize on a world now stuck indoors and offer an alternative to services that have exploded in popularity in recent months, like Zoom.

Messenger Rooms, a feature that will be available on Facebook’s core social network and its Messenger app, will allow video chats among as many as 50 people, and won’t require participants to have a Facebook account, the company said Friday in a blog post. Chats will be free with no time limit, and eventually users will be able to create a “room” from any of Facebook’s products, including WhatsApp and Instagram.

The goal is a group video product that feels more social, and less corporate than what’s currently available, said Facebook Chief Executive Officer Mark Zuckerberg. People in Messenger Rooms will be able to use Facebook’s augmented reality filters, or jump between chats to visit different groups of friends, an effort to create “spontaneity and serendipity,” Zuckerberg added.

“All the products [out] there were primarily focused on enterprises and we thought that there was an ability to do something in the consumer space,” the Facebook CEO said this week via video chat from his home. “It’s meant to be more casual. Not everything has to be planned out in advance.”

Video chats have become a staple given the billions of people around the world staying indoors because of the coronavirus pandemic. Zoom Video Communications Inc.’s app, aimed at companies for business meetings before the outbreak, has jumped from about 10 million users to more than 300 million in a matter of months. Zoom’s shares declined 2% after Facebook’s announcement, reversing a gain of as much as 7.3% earlier Friday.

Houseparty, owned by Epic Games Inc., which also lets users bounce between group chats, said it added 50 million new sign-ups in a 30-day stretch, as much as 70 times its normal amount in some markets.

Facebook, too, has a number of video chat products already in high demand. More than 700 million people make voice or video calls every day on Messenger or WhatsApp, Zuckerberg said, a number that has increased since the emergence of Covid-19.

The Menlo Park, California-based company started shifting product priorities last month after seeing those spikes in usage from people using its live video and calling features. The demand prompted Facebook to announce other video features this week, including the ability to save Instagram Live videos after they’re over, and start a video chat inside Facebook’s dating feature. Video chats on WhatsApp can now host eight people, twice the previous amount.

While Zoom has surged, it has struggled with a series of security mishaps that put users’ privacy at risk. It also suffered from “Zoombombing,” where internet trolls took over chats and posted pornography or racist content to unsuspecting participants.

Zuckerberg said he has learned from Zoom’s early mistakes. Facebook users who create a chat can also select participants, eject people if needed or lock the room. The company won’t watch or listen to calls, and there is no ability for users to record video chats, a spokesperson said.

The social network’s algorithms will help determine which available rooms to show users, Zuckerberg said, recognizing that not all Facebook friends are created equal.

“We all have the random uncle or someone that you added a few years ago,” he said. “Not every one of your Facebook friends is someone you want to hang out with.”

Zuckerberg said Facebook’s long-term priorities haven’t changed much. The company still is moving forward with plans to encrypt all its messaging services, and make them interoperable — meaning you’ll eventually be able to send a message from WhatsApp to a user on Instagram, for example.

The Rooms video chat feature, he said, “is probably one of the first very clear consumer services that has integration and works across each of the apps. That’s an important piece – maybe an initial milestone on the path to broader interoperability.” 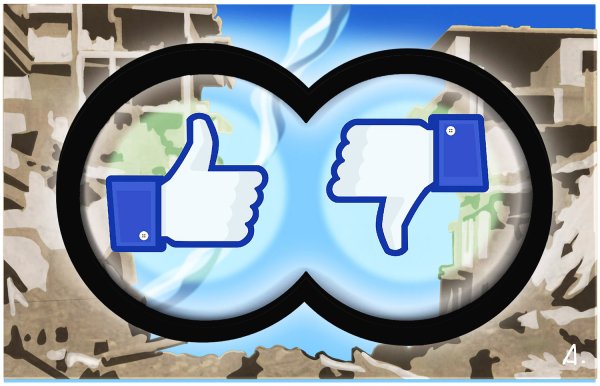 Tech Companies Are Erasing Crucial Evidence of War Crimes
Next Up: Editor's Pick