The U.S. Has Flattened the Curve. Next Up Is 'Squashing' It — and That's Not Going Well

At the end of every day, I download the latest figures on new COVID-19 infections around the world and across the country. It takes about 60 seconds for the code I wrote to fetch the data, clean up the formatting, and generate day-by-day charts below for 10 countries and all 50 states and Washington, D.C., where I live. Reading those charts answers one question: Was today better than yesterday?

Here’s where we stand at the moment. To return to the national view after selecting a state, click “Clear.”

The national picture is highly instructive. While the country as a whole has successfully flattened the curve, it has yet to show the extended period of decline necessary to declare ourselves out of the woods — a “squashing” of the curve. The same applies to most states. While a small number have sustained a long squashing period, most are still rising and falling day by day.

The charts include the dates when various interventions, like stay-at-home orders, were enacted, based on data aggregated by the Institute for Health Metrics and Evaluation, though it is rarely easy to draw a direct connection between these policies and the growth of an epidemic in its early stages. These orders are organized into five categories:

Your garden-variety epidemic has four acts. First, it grows very slowly (the first yellow block), resembling a low, linear curve, even though exponential growth is marshaling its forces.

After that, cases spike dramatically (red), infecting more and more individuals every day and registering wide public attention. There are two scenes in this second act. In the beginning, more people test positive every day than the day before. This is the hallmark of exponential growth, when the number of cases is not only growing but accelerating. At some point—in this case, around April 1 nationally, though the data is too noisy to pin down a precise date—that acceleration slows, at what’s known as an “inflection point.” The number of daily cases continue to grow compared to the previous day, but not as rapidly as before. The sooner policy interventions like school closings and stay-at-home orders are put in place, the sooner one reaches this critical midpoint.

Then, in Act Three, the curve flattens (yellow again), with approximately the same number of new infections reported every day. This is the phase that, early on, all of us were hoping for: the celebrated “flattening of the curve.” But it is not the end of the play. A flattened curve suggests some measure of control over the situation, but no one should be too happy with a large number of new infections every day, even if that number is constant. Furthermore, if a given country or state relaxes social distancing measures while still in the yellow phase, it could easily re-enter red territory.

Ideally, a flattened curve leads to a squashed one in Act Four (green). This is the moment when there are fewer new positive cases today than there were yesterday. The longer the fourth act can be drawn out, the closer we come to the final exeunt.

In tidy, computer simulations of an epidemic, the drama ends here after a very, very long fourth act. This is not the case with COVID-19. Across the country, states are seeing what might have been the final descent reverse as cases begin to climb again. What we now face is what will happen in Act Five.

Nationally, the U.S. has returned to a flattened curve (yellow again), where cases are neither spiking nor declining. This opening scene in Act Five is not ideal, but worse would be to return to a spike, as has occurred in several states. Take, for example, Tennessee:

Rather than progressing from flattening to a decline, Tennessee has returned to Act Two, with cases growing, despite intermittent good days. (These graphs attempt to join time blocks of growth, flattening or decline into coherent phases, but the data is sufficiently chaotic that there can be occasional signs of decline amidst an overall period of growth, and vice versa.)

Tennessee is one of the states that has seen a backlash to isolation measures in recent weeks, and it’s tempting to blame the regression on the protests. However, the latency time of infections from the COVID-19 virus is too long for such a neat correlation.

In addition, the shape of these graphs is highly dependent on the availability of testing. Take, for instance, Ohio:

Again, it might be tempting to blame an apparent mid-April regression on local protests against social distancing orders. But in actuality, what appears to be an organic spike is more likely to be a rise in known cases due to an influx of test kits in Ohio. After reporting that Ohio’s curve had flattened two weeks ago, Cleveland’s ABC News affiliate now suggests that an increase in testing, with a particular focus on state prisons, is responsible for the return to rising cases.

In Georgia, meanwhile, where an abrupt easing of some public restrictions on businesses garnered both celebration and contempt, there is no sign of an extended decline that, from a public health standpoint, warrants such a liberation—or, as of yet, a sufficient lapse of time to know how damaging the reopenings may be.

It remains to be seen how Act Five plays out for the country at large. One can be cautiously optimistic that, should a supermajority of states endure the unpleasantness of every available intervention even as the curve flattens and declines, this will eventually conclude as a tragicomedy, not as Hamlet.

Update, April 30: The colors of the map now reflect the consecutive number of days a state has been in its present phase. 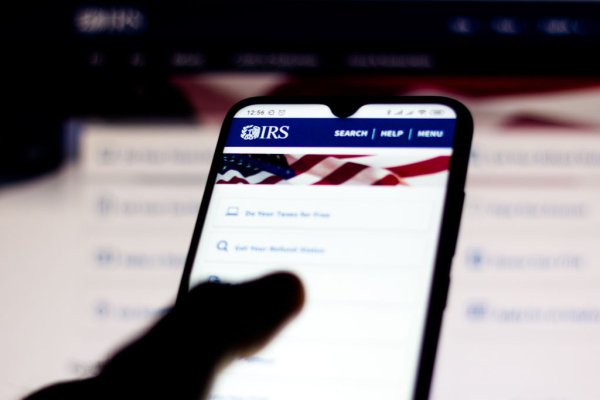 How to Avoid Stimulus Check Scams
Next Up: Editor's Pick