The NFL Draft Shows Just How Much America Needs Sports

A football sits on the field in the second quarter of a game in Indianapolis, Indiana on Sept. 11, 2016.
Dylan Buell—Getty Images
By Sean Gregory

The enduring popularity of the NFL draft has always left me mystified. For months before the annual spring event, pundits endlessly speculate about where the best football prospects will land. A year ago, the three-night draft reached more than 47.5 million viewers. Some 600,000 people gathered in Nashville to catch it live. All for what? To watch football players put on hats?

A couple of weeks ago, the thought of the NFL conducting a virtual version of its draft felt wholly inappropriate. During this devastating pandemic, with the rest of the sports world shut down, the league was going to conduct business as usual?

But America, it seems, is longing for the kind of shared communal experiences that sports can deliver. A week ago, the WNBA draft — also conducted virtually and broadcast on ESPN — saw its viewership rise 123%. The long-awaited 10-part docuseries about Michael Jordan and the 1997-1998 Chicago Bulls — The Last Dance — debuted on Sunday, April 19; the film averaged 6.1 million viewers, making it the most-viewed ESPN documentary ever.

Slowly, we were starting to embrace some version of sports normalcy.

So on Thursday night, I was suddenly all-in on the first round of the NFL draft. The show, conducted out of the suburban New York basement of NFL commissioner Roger Goodell, went off without much of a hitch. The NFL’s ability to pull off the event will have real impact: the draft inches us even closer to the return of sports as we knew it, even if the games come back with no fans in the stands, which seems very likely.

NFL Commissioner Roger Goodell speaks from his home in Bronxville, New York during the NFL draft on April 23, 2020.
NFL/Getty Images

But the NFL draft also served as a reminder of all that sports fans are missing. As hard as the NFL tried to recreate the feel of a typical draft — fans cheered on a screen behind Goodell before he announced each pick — social distancing steals the fun. When a player’s name was announced, he didn’t immediately celebrate in his home: it seemed there was some kind of communication delay. We missed the joy a player feels when he hugs his family and accepts congratulations from fellow draftees before taking the live stage.

Not that the quirks of the virtual draft weren’t delightful. Social media honed in on interior design rather than the draftees’ sartorial choices. We enjoyed seeing snack spreads and kids of coaches and executives wandering into the typically self-serious draft “war rooms” — aka some spare space in the house with an acceptable backdrop. New York Giants general manager Dave Gettleman put on a mask, inside, for some reason. ESPN analyst Louis Riddick had the 1970s handheld electronic football game, in which the players were, literally, blips on a screen, on his bookshelf. Henry Ruggs, a wide receiver from the University of Alabama whom the Las Vegas Raiders took with the 12th pick, rocked a bathrobe.

Watching the family of new New York Jets offensive tackle Mekhi Becton, a 6’ 7” 369 pound giant from the University of Louisville, pile on top of him on his couch after his selection was just joyous.

The dearth of technical glitches would seem like good news. But let’s face it, the chance of seeing frozen internet or some kind of hack — how many first round picks did the Giants acquire in that trade? 28? — was part of this draft’s allure. We still have two more nights, however. We shouldn’t write off the possibility just yet.

But mostly, we hope we get to see draft picks like Joe Burrow — the Heisman Trophy winner taken first overall by the Cincinnati Bengals — throwing a football. We hope to see Chase Young, an Ohio State defensive end with Hall of Fame promise, tackling quarterbacks. Ultimately, we hope the players — football, baseball, soccer, basketball, whatever — can get back on the field. 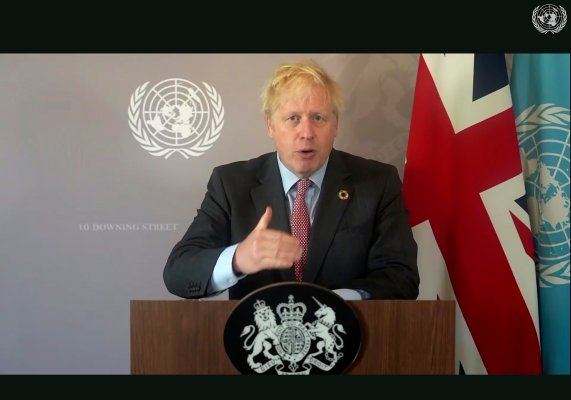