If America Doesn't Invest in Childcare, Who Will Watch Our Kids When We Go Back to Work?

I am writing this article, nine months pregnant, as my 3-year-old is dancing around the room singing and my 5-year-old is trying to learn to read over Zoom. Parents across the country are attempting to work from home while homeschooling and caring for their children full time. Many families can’t afford to pay for care they’re not receiving, and in March 30% of 6,000 childcare centers surveyed said they wouldn’t survive a closure of two weeks without significant public investment. The American childcare system was already a failed market, and now COVID-19 is pushing it toward collapse.

The question of when America will go back to work has dominated the public discourse, but whenever that happens, who will watch our children?

In spite of the relatively high cost of quality care—often out of reach for working families—childcare centers operate on razor-thin profit margins and many pay their staff at or near minimum wage. More than half of childcare workers rely on public assistance for their financial survival and many can’t afford safe childcare for their own children.

The COVID-19 pandemic has both exacerbated our childcare crisis and pushed many states and municipalities to consider implementing emergency universal childcare policies to support our essential workers. Arizona announced a free childcare program for the children of first responders and essential health care and public-sector workers during the COVID-19 outbreak. Maryland and Louisiana are helping their essential workers by providing free and subsidized childcare, respectively.

These aren’t acts of goodwill, they are economic Hail Marys: Americans lose $57 billion each year in lost earnings, productivity and revenue because of the lack of childcare.

The childcare industry requested $50 billion in stimulus relief to help it survive the pandemic, but the $2 trillion CARES Act included only $3.5 billion in grants to states through the Child Care and Development Block Grant Program and $750 million for Head Start programs. In contrast, it included $61 billion in relief for the U.S. airline industry, despite airline CEOs earning millions of dollars a year and spending billions on stock buybacks.

Childcare is the backbone of our economy, and it’s time our government invested in it the way we subsidize K-12 public education.

There have been two times in American history where we came close to having government-supported childcare. During World War II, an amendment to the Lanham Act established 3,000 subsidized childcare centers to enable mothers to go to work and join the war effort. A federal legislator argued, “You cannot have a contented mother working in a war factory if she is worrying about her children and you cannot have children running wild in the streets without a bad effect on the coming generations.” One can argue the same today—just replace “mother” with “parent” and “war factory” with “hospital, grocery store, restaurant, bus or train.”

Those government-subsidized childcare centers were closed after the war.

In 1971, the bipartisan Comprehensive Child Development Act passed the Senate 63 to 17. This bill would have provided childcare on a sliding scale to all American children and was wildly popular, however Nixon vetoed it.

For all the pushback we see in establishing universal childcare, we already do have one high-quality universal childcare program in America—our military’s. The Department of Defense spends more than $1 billion a year to cover about two-thirds of the cost of childcare for our service members.

If we want to fight this pandemic now and rebuild our economy once it’s over, the government needs to step in and subsidize childcare. Rep. Grace Meng urged Congress to fund childcare benefits for our healthcare workforce. Rep. Katherine Clark tweeted that, “COVID-19 is highlighting the unfortunate consequences of long time underinvestment in childcare. Immediate action must be taken to address these gaps for child care providers, educators, families—right now—but also critically important for our long term recovery.” And Senators Elizabeth Warren, Tina Smith and others signed a letter urging the Senate to support childcare in the last COVID-19 stimulus package noting that, “Childcare providers are struggling to stay afloat and may be forced out of business permanently. If providers are closed, they do not have revenue coming in to pay their staff and other operational costs. They cannot survive without public investment to cover these costs.”

We need more voices like this at all levels of government. As we bail out corporations and provide more tax cuts, our elected officials must bail out American families and ensure that our children have a safe place to go when parents go back to work. But reform can’t stop there. Let’s learn from the past and enact permanent universal childcare now, before the next crisis once again brings a collapse to our fragile system. 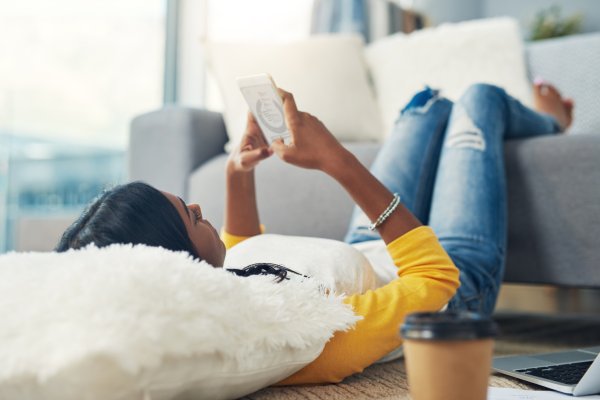 Electricity Data May Reveal How Coronavirus Lockdowns Affect Our Daily Routine
Next Up: Editor's Pick