‘Please Wake Up.’ The Guy From That Rage-Filled Coronavirus Rant Has a Message for the Government

“How can we pay if we’re not earning money?” That’s the question that Vic DiBitetto, a comedian with a passionate and now-viral reaction to U.S. government’s response to economic hardship during coronavirus, says that he would like an answer to.

In a nearly five-minute-long video titled “A Message to the Government” that has been watched over 28 million times on his Facebook page, over 2 million on his YouTube channel and over 12 million on Twitter as of Friday morning, the 59-year-old, Brooklyn-born and raised DiBitetto heatedly shares his thoughts on why a one-time $1,200 stimulus payment from the government may not provide sufficient financial relief for many Americans amid the economic crisis brought on by the coronavirus pandemic.

The video has garnered attention from celebrities like Chris Pratt and even prompted some fans to campaign for DiBitetto himself to run for office. But the stand-up comedian, who originally made a name for himself online with comedy videos like his hit 2013 parody “Bread & Milk,” tells TIME that’s not in the cards.

“Run for president? Please. My wife won’t even let me join a bowling league,” he says. “I’ve got no time or patience for that. I’m just calling it like I see it. I’m not Nostradamus. I don’t have all the answers, but that video struck a nerve because millions of people are feeling this and we’re not being represented properly in Washington.”

The April 16 installment in DiBitetto’s popular “Ticked Off Vic” video series features him delivering a vehement — and profanity-laden — monologue criticizing the government for not helping the American worker by suspending mortgage, credit card, car and other payments that many people, like himself, have to make on a monthly basis until workers are able to safely return to jobs deemed non-essential. And judging by the popularity of the video, he’s not alone in his outrage.

DiBitetto spoke to TIME on the phone to elaborate on why he thinks the government should be doing more to help people financially. He says that he understands why it’s important to practice social-distancing and self-isolation right now. But without regular income, he doesn’t think that $1,200 is enough money for many Americans to support their families.

“The government asked me to stay home and I understood that. They asked me to quarantine, and I understood that. I get it: social distancing is saving lives,” he says. “But I’m a comedian and now I have no income coming in. All my shows are cancelled. This is scary. What’s $1,200 going to do between mortgage, car payments, health care, electric, water, garbage, so forth?”

Although he deals in comedy, DiBitetto says that it was a buildup of frustration with the U.S. government that led to this more serious video. “It’s the insane running the asylum,” he says. “[The system] is very broken and it’s happening over and over.”

With coronavirus continuing to spread across the U.S., the International Monetary Fund issued a warning on April 14 that the world is facing its worst economic downturn since the Great Depression. On April 16, the same day that DiBitetto shared the video, the number of Americans filing for unemployment grew to more than 20 million. On Friday, CNBC reported that over 3.4 million mortgage borrowers are now in forbearance plans, meaning that many of these borrowers are opting to delay their monthly mortgage payments through a federal program designed to provide financial relief amid the current crisis.

But DiBitetto says that it isn’t enough that five of the nation’s largest banks — Wells Fargo, US Bank, Citi and JP Morgan Chase — have agreed to defer mortgage payments for three months if the total amount owed is then due in the fourth month.

“What good is the [three-month mortgage] furlough?” he says. “That’s more nonsense. Let me get this straight. You’re going to give the three-month furlough to someone who lost their job, but in the fourth month, they have to not only pay the month that’s due but also the three months they owe? I sound like a broken record, but it makes no sense. How can we pay if we’re not earning money?”

DiBitetto also denounces banks and big corporations that are poised to receive federal bailouts for not saving money for a “rainy day” like he says American workers have been expected to do since the 2008 financial crisis.

“Help out the working man. The working man is the backbone of this country,” he says. “I saved my money for a rainy day. But the banks? The last fallout was over 10 years ago. They had all that time to save and now they have to be bailed out? What about us? It’s mind-boggling.”

But DiBitetto wants to make one thing clear: He isn’t criticizing a specific political party, but rather the government as a whole. “I’m just a regular blue-collar guy and if people want to make it political, let them knock themselves out,” he says. “Look, you can kick a dog, but whether you’re Democrat or Republican, it’s still wrong. I’m not Democrat and I’m not Republican. I’m common sense.”

DiBitetto says that if he could speak directly to those in government who oppose financial relief measures like the ones he’s proposed, he would urge them to try to see outside their “bubble.”

“I would say please wake up, have a heart and [try to understand] what we’re going through,” he says. “They’re in a bubble. They have no idea what it’s like to be the working person.”

Beyond the current financial crisis, DiBitetto says that he thinks the way that the U.S. economic system works needs to drastically change. “I want to tell people to hang in there. This too shall pass and hopefully we’ll learn from it, but something has to change,” he says. “It’s like the banks and the billionaires are in one big club that we’re not and we need to get in it because I’m tired of being on the outside looking in. It’s not fair. There’s no more American dream. It shouldn’t be like that.” 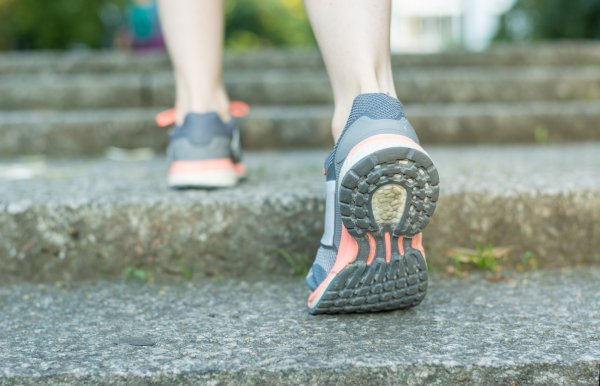