Mass testing at a state prison in Ohio has provided more evidence of just how quickly and easily the novel coronavirus can spread in correctional facilities. 2,011 people — or 78% of all inmates — have tested positive for COVID-19 at the Marion Correctional Institute in Marion County, Ohio, according to the Ohio Department of Rehabilitation & Corrections.

At least 3,792 inmates across Ohio state prison facilities have received positive diagnoses for COVID-19 since Ohio Department of Rehabilitation & Correction began testing on April 11, including large numbers at the state’s Pickaway Correctional Institution and Franklin Medical Center. As of April 22, incarcerated people make up 20% of the state’s entire coronavirus cases. 12 inmates have died.

This percentage is largely believed to be because mass testing has been implemented at the three facilities, based on the demographics of their populations (which skew towards elderly inmates and those with pre-existing conditions).

“We are getting positive test results on individuals who otherwise would have never been tested because they were asymptomatic,” the Ohio Department of Rehabilitation & Correction said in a statement. “The total tested and total pending are part of the large mass testing currently underway.”

Mass testing at the Cummins Unit correctional facility in Lincoln County, Ark. has similarly found 731 inmates testing positive for COVID-19, according to the Arkansas Department of Corrections. (Over 1,000 inmates there have been tested, the Associated Press reported.)

“Until we have completely interrupted chains of transmission in the prison, I’m not going to say it’s over,” Arkansas Health Secretary Dr. Nathaniel Smith told the AP. “Once we know who’s positive, who’s negative, who’s exposed, who’s not exposed, then we can begin moving people around and that, I would say, is the beginning of containment.”

“Widespread testing really is the most important step we can take to instituting infection control measures that will allow us to reduce transmission of the virus,” Dr. Matthew J. Akiyama, a professor of Medicine at Albert Einstein College of Medicine in New York City tells TIME. “We know that congregate settings like prisons and jails are some of the highest risk settings for widespread transmission.”

“In general jails and prisons tend to lag behind in terms of resource allocation,” Dr. Akiyama says, noting the lack of personal protective equipment — or even basic cleaning supplies — being provided to correctional officers and inmates. Experts have long anticipated coronavirus infection rates in jails and prisons across the country impacting a large percentage (and thus, a very large number) of incarcerated people, Akiyama adds.

“Influenza tends to hit prisons very hard,” says Dr. Anne C. Spaulding, a professor of epidemiology at Emory University, “so why would we think that [COVID-19] wouldn’t hit hard?”

Dr. Spaulding believes that the Centers for Disease Control and Prevention (CDC), along with other health officials in the country, could have been more aggressive in addressing the impact COVID-19 was going to have on the prison and jail population.

Given the lack of tests currently available in the U.S., Dr. Spaulding questions the value of mass testing blindly, even within at-risk populations, versus the targeted testing of symptomatic individuals. Spaulding wants to see a greater variety of “testing tools” available in order to make large-scale testing feasible. (The Ohio Department of Rehabilitation & Correction did not immediately respond to TIME’s request for comment on what prompted their testing.)

In New York, where the coronavirus has greatly impacted the prison and jail population, less than one percent of all incarcerated individuals in state prisons have been tested, according to data released by the New York Department of Corrections and Community Supervision (DOCCS).

“This information provides further proof that Governor Cuomo does not care about the lives of incarcerated people. If he did, then he would test every single person in prison and answer the nation’s call for him to grant broad clemencies to incarcerated New Yorkers, especially those who are vulnerable to the virus,” VOCAL-NY said in a joint statement with criminal justice reform organization Worth Rises and the political activist group Jim Owles Liberal Democratic Club.

Other states dealing with coronavirus outbreaks are similarly lacking in data specific to their prison and jail populations (as well as testing thereof). With around 157,000 incarcerated people, Texas currently has the largest prison population in the country, but just 814 inmates have been tested for the coronavirus, according to the Texas Department of Criminal Justice (TDCJ). Of those tests, 438 have tested positive.

On April 21, health officials in California recommended that mass testing of asymptomatic people should begin across the state, citing environments like prisons and nursing homes as a priority.

On April 22, meanwhile, the American Civil Liberties Union (ACLU) released a model projecting that, if prison and jail populations are not drastically reduced, COVID-19 could claim 100,000 more lives than current projections forecast. A majority of the additional fatalities projected are incarcerated people, the ACLU says.

“The prevailing epidemiological models largely fail to take into account our incarceration rates,” the ACLU’s chief analytics officer Lucia Tian argued in an accompanying press release. “While we always knew that jails would have an impact on loss of life in this pandemic, the model shows us just how large that impact may be… We can’t save our community while ignoring our jails.”

Health experts and prison doctors have, since the beginning of the outbreak in the U.S., warned of the tinder box-like conditions in prisons and jails — that they are an environment ripe for viral spread. Mass testing seems to confirm these fears, placing further emphasis on the need for proactive public health solutions.

“We are likely facing massive loss of life — both in jails and in communities around the country — if dramatic steps aren’t taken to reduce the incarcerated population in this country,” Udi Ofer, director of the ACLU’s Justice Division, said in the release.

The original version of this story misstated the number of COVID-19 deaths in Ohio prisons as of April 22. According to the state’s most recent release, there have been 12 fatalities, not zero. 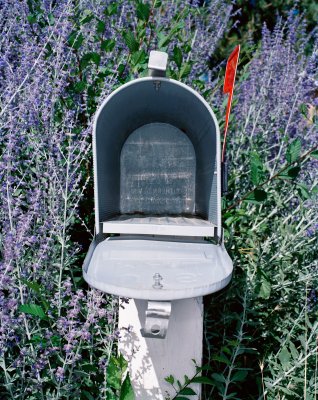