Defense Minister Annegret Kramp-Karrenbauer emailed her U.S. counterpart Mark Esper on Thursday to inform him of the decision, the magazine said, without identifying the source of its information. Germany will order 30 F/A-18 Super Hornets and 15 EA-18G Growlers, the report added.

The German ministry couldn’t immediately be reached outside regular business hours. The Pentagon in Washington declined to comment.

“While we continue to await an official announcement, we remain committed to working in support of both the German and U.S. governments on this important procurement,” a spokesman for Chicago-based Boeing wrote in an email. A combination of Hornets and Growlers “is ideally suited to meet Germany’s strike fighter and electronic warfare aircraft requirements.”

Kramp-Karrenbauer’s actions may upset the Social Democrats, the junior partners in Chancellor Angela Merkel’s ruling coalition, as she didn’t inform them before making her decision, Der Spiegel said.

Kramp-Karrenbauer’s predecessor, Ursula von der Leyen, had offered a compromise to the SPD under which Germany would buy a combination of U.S. fighters and the Eurofighter Typhoon manufactured by Airbus SE, according to Der Spiegel.

–With assistance from Daniel Flatley, Kevin Miller and Julie Johnsson.

The photograph originally accompanying this story featured the incorrect variant of the F/A-18. 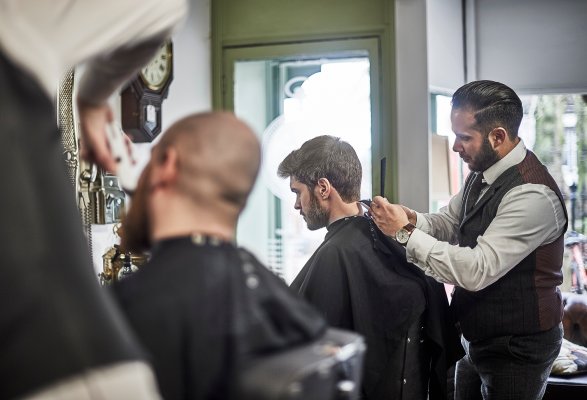 Rolling Back Some Coronavirus Lockdown Restrictions, Denmark Opens Salons and Barbershops. A Haircut Booking Site Crashed Due to Demand
Next Up: Editor's Pick