Like many British children, the then-Princess had her childhood cut short by the war. She was separated from her parents and sent to the countryside during bombings; her home, Buckingham Palace, was blitzed by the Nazis; she lost family members, such as her uncle George, the Duke of Kent. Her teenage years overlapped nearly exactly with the duration of the conflict, and as she grew so did the experiences that mirrored those of other Britons: when she was old enough, she enrolled in the Women’s Army as a driver and mechanic, and she was separated from her future husband Phillip, a naval officer at the time, just as their romance began.

But unlike other children, Elizabeth was asked by Prime Minister Winston Churchill to give a morale-boost to the country. Early in this period, she was tasked with comforting children who were separated from their families and sent to the countryside to safeguard them against Nazi raids. Over the six years of the war, over two million children were sent to the British countryside, in a program the military called Operation Pied Piper. In 1939, children embarked on trains wearing name tags around their necks and headed to fosters homes where they would stay for six years.

That situation was what led to her first recorded radio broadcast to the United Kingdom — a portion of which can be seen in the clip above, from the new PBS documentary The Queen at War.

“My sister, Margaret Rose and I, feel so much for you as we know from experience what it means to be away from those we love most of all,” a young Elizabeth said on Oct. 13, 1940 in a speech recorded for the BBC’s Children’s Hour from Windsor Castle. “To you living in new surroundings, we send a message of true sympathy.”

All these years later, in a speech she gave on April 5, the Queen alluded to that first broadcast, noting that the current pandemic is like World War II in that, “today, once again, many people will feel a painful sense of separation from their loved ones.”

The Queen at War tells the story of Elizabeth’s transformation from quiet girl to a beacon of hope for the U.K. during the world’s costliest war in terms of human life, a period that producer Chris Granlund says was when the “foundations of her stoicism and her ability to connect with people” were developed.

“In normal times, the royal family had a distant, reified existence,” says Granlund. “But when the war began, Elizabeth found herself in a parallel situation to everyone else.”

It was also during this time that Elizabeth—who went on to become the longest-standing monarch in British history and the only current head of state who served in the military during World War II— began wanting to be an active public figure. She begged her parents to let her serve in the women’s army and recorded her first of many public broadcasts that have come to define her reign.

“Her broadcasts have become a central part of our national life,” says Granlund. “She does not do it very often but when she speaks, it really has an impact. It has a unifying effect.” Aside from her televised Christmas Day messages, since her 68-year-reign began in 1952, Queen Elizabeth has only addressed the nation five times, including her latest address about the COVID-19 crisis.

Unlike the war, however, this pandemic is a moment when “we join with all nations across the globe in a common endeavor,” Queen Elizabeth said. Because of “our instinctive compassion to heal,” she encouraged people to remain hopeful. And, alluding to Vera Lynn’s 1939 wartime song, the Queen assured the public that “we will meet again.” 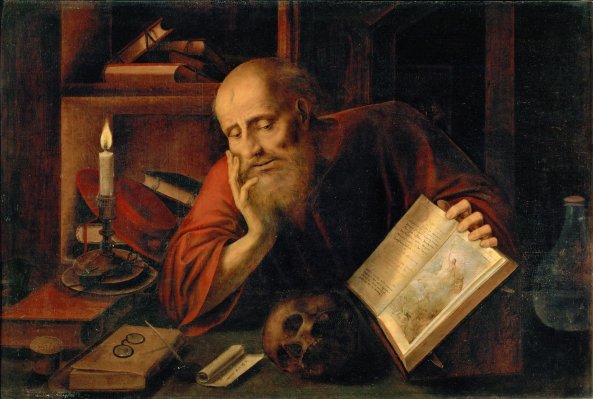 Loneliness Is a Modern Invention
Next Up: Editor's Pick