Why Your Feed Suddenly Became Flooded With Nostalgia-Fueled Photo Trends

As coronavirus continues to disrupt lives around the world, people online are tapping into old memories on social media to cope with a time when new ones might be difficult to make.

Amid crises, it’s common for people to look back fondly on moments that they remember as happy. And with stay-at-home orders in place across the globe, nostalgia appears to be having a moment on social media.

On platforms like Twitter and TikTok, many users are taking part in viral nostalgia-fueled photo trends like #MeAt20 and #ImJustAKid that give participants the opportunity to connect with their followers by sharing snapshots from their pasts. For those who enjoy being active online, these can be a fun and entertaining way to interact with others while still practicing social distancing or self-isolation. Regardless of whether they’re photos from childhood or throwback shots from just a few years ago, participants say that sharing these memories is giving them a greater sense of community.

For Natalie Samm, whose April 13 tweet asking others what they looked like at age 20 seems to have sparked the #MeAt20 trend, looking through old photos has helped keep the blues away during what she says has been a stressful time. “Going over old memories and reflecting has helped me not be in a funk while this goes on,” she tells TIME.

Her tweet has garnered thousands of likes and replies in the days since and helped ignite a movement of people of all ages tagging their photos with hashtags like #MeAt20, #20yearsold, and #Age20.

The 22-year-old Washington D.C. native adds that the idea for the tweet came to her after she spent some time scrolling through her own photos, even ones from just two years ago, and it brightened her day. “I wrote the tweet because I was looking through old photos and started laughing at how much I’ve changed over the last couple of years,” she says. “So I wanted to ask my followers what they thought about their 20-year-old pictures.”

The trend has since become so widespread that even celebrities like Lin-Manuel Miranda, who shared a photo of himself dressed as Jennifer Lopez, and Busy Philipps, who shared one from her time on Freaks and Geeks, have joined in on the memory lane trip. But Samm says the famous person that she’d most like to see respond to her tweet is her favorite artist, Meek Mill.

As for the #ImJustAKid challenge, which has taken off on TikTok, it’s hard to pinpoint exactly who ignited the trend of re-creating a childhood photo in a video set to pop-punk band Simple Plan’s popular 2002 song “I’m Just a Kid.” But with many teens and young adults back at home with their parents during this time, moms and dads are playing a big role in its popularity.

Luca Tagliafierro, a 21-year-old TikTokker from the Italian city of Vercelli, says that he decided to take a crack at it because he thought making a TikTok with his family would be a fun way to pass some time inside. But he says that he never expected his video, which has been liked over 714,000 times, to get so much attention.

“Considering it took some time before I was convinced I should post it since I wasn’t fully satisfied with it, I was incredibly surprised [that it got so popular],” he explains. “Me and my family were blown away. It’s always nice to have a little moment of glory on the web.”

The clip features Tagliafierro posing with his brothers and dad in descending age order on a bed before cutting to a 13-year-old picture of the same family setup. Tagliafierro says the re-creation process took about half an hour.

“I opted, with my parents and two brothers, to replicate the nicest photo in which we were almost all together,” he says, jokingly adding that, “The most complicated part was convincing my father to pose because he doesn’t really like being filmed.”

Jaci Butler, a 24-year-old whose mom ended up isolating with her in Los Angeles after she flew out to visit her for her birthday, says that she called up her dad for help finding a childhood photo in her family’s Dallas home that they would be able to re-create with limited resources. They eventually settled on one where a young Butler is taking a nap in her mom’s lap.

“We had him look through all these old photos,” she says. “There were some funnier ones that I liked but we couldn’t go out and buy certain things to make [our new photo look exactly like the old one] so we had to get creative. We actually printed out clip art to go on our sweaters to make them match what we were wearing when I was a kid.”

After downloading TikTok out of boredom, 23-year-old Hannah Cho says that she and her three brothers decided to hop on the #ImJustAKid train to take advantage of the first time in years that they’ve all lived under the same roof.

“A lot of people are back home with their families during this time and it’s like, why not remember the good ol’ days by recreating these pictures,” she says.

Cho adds that she thinks the #ImJustAKid challenge can be a great way to help take people’s minds off everything going on in the world while simultaneously making them feel more connected to others. “It’s just something fun and simple that you can do in your backyard or your house,” she says. “I think it definitely brings people together.”

Tagliafierro agrees that in the midst of what has been a difficult time for many, nostalgia trends can help remind people that we’re all in this together.

“These challenges are giving everyone, without distinction, the opportunity to express themselves in a creative and supportive way,” he says. “I’ve gotten many positive comments from strangers who wanted to tell me their story or even about the loss of a family member. It’s made me think a lot about the fact that we often forget what the important things really are.”

Going forward, even after stay-at-home orders are lifted, Butler says that she thinks these trends could help people remember to appreciate the good times in their lives.

“People are reminiscing right now because we can’t really do anything else,” she says. “So we’re looking back and cherishing memories that we maybe would’ve taken for granted before.” 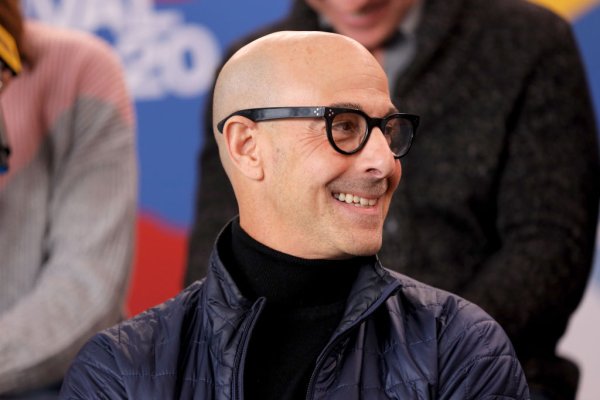 Stanley Tucci Explaining His Negroni Recipe Has Entranced the Internet
Next Up: Editor's Pick