Community volunteers wearing hazmat suits observe three minutes of silence to mourn those who died in the fight against the pandemic along a street in Wuhan, in Chinas central Hubei province on April 4, 2020. - China came to a standstill to mourn patients and medical staff killed by the coronavirus, with the world's most populous country observing a nationwide three-minute silence.
Noel Celis–AFP/Getty Images
By Rachel Chang / Bloomberg

China has revised its official count of deaths from the coronavirus, adding some 1,290 deaths in Wuhan, the city where the virus first emerged last December.

The addition, reported by state media on Friday, brings the nationwide death toll to 4,636, the majority coming from Hubei province, where Wuhan is located.

The additional deaths were all counted in Wuhan and the late reporting of deaths are due to several reasons, said the report. The first is that some patients died at home without seeing a doctor or being tested for the virus as hospitals were overwhelmed during the epidemic’s peak.

Secondly, there was late and incomplete reporting due to medical workers and institutions being occupied by treating patients during epidemic. Another factor was that designated hospitals to treat patients were expanded to institutions at the municipal and district level, including private hospitals, and not all were connected to and feeding timely information to the central epidemic network, Xinhua reported.

A similar revision up in death toll occurred in New York City a few days ago, adding over 3,700 people who died at home before being tested. Still, China’s move is likely to fuel speculation about the accuracy of its data, which has been questioned by U.S. President Donald Trump. American intelligence officials have concluded that China concealed the extent of its outbreak and under-reported number of cases and deaths.

Last month, pictures of thousands of ash urns being ferried to funeral homes in Wuhan circulated on Chinese social media platforms, raising concern that the real number of deaths in the city where the virus first emerged is higher than officially acknowledged.

China has refuted charges that it intentionally under-reported its numbers, saying that it shares what information it has transparently. But its repeated revisions of data throughout the crisis — including a one-day addition of nearly 15,000 cases diagnosed through a different clinical method in February — has fueled mistrust.

While the revision marks a substantial surge, China’s new official death toll is still low compared to the U.S. where reported deaths have climbed past 30,000. In Italy and Spain, deaths number around 20,000 in each country. 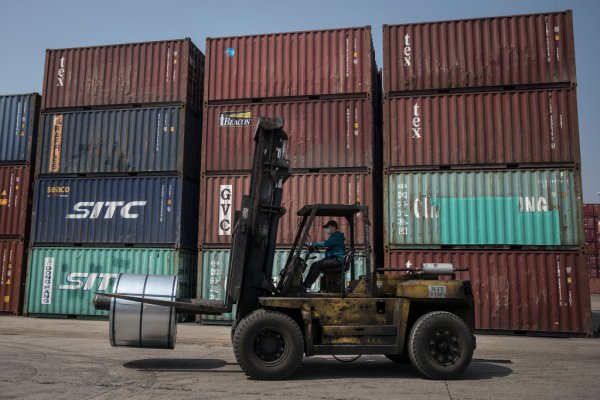 China Says Its Economy Shrank for the First Time in Decades
Next Up: Editor's Pick