Who's Honoring Him Now: Comedians Commend Colbert on His Late Show Gig

Today’s announcement that Stephen Colbert will replace David Letterman as host of The Late Show in 2015 was not really that big a surprise. Ever since Letterman announced his impending retirement last week, Colbert has been the agreed-upon frontrunner. But the quickness of the deal certainly was a shocker.

That no one else, it seems, was seriously considered for the job shows how controversy-free the choice was, as Colbert will take over for Letterman with the apparent full approval of the comedy community. Just yesterday, his friend and mentor Jon Stewart, himself once mentioned as a top candidate, took himself out of the running to endorse Colbert (although it now seems likely that Stewart knew about Colbert’s impending deal).

Stewart told Vulture that Colbert would be “amazing” as Letterman’s replacement, talking up his skills as a writer, actor, interviewer and improviser. “He’s wonderful in The Colbert Report, but he’s got gears he hasn’t even shown people yet,” said Stewart. “He would be remarkable.”

Stewart is far from alone in the comedy world in believing that Colbert will crush this opportunity, as many took to Twitter to offer congratulations and express their delight. Colbert’s soon-to-be competitor, Jimmy Fallon, showing how much less bitter the late night landscape is these days, tweeted:

It was a reference to their third network competitor at 11:30, Jimmy Kimmel, who himself tweeted:

Others in the comedy world sent simple messages of congratulations, including:

Meanwhile, some used the occasion to take comedic pot shots at others:

Steve Martin, of course, just wanted to get paid.

Others expressed mixed feelings: delight at the prospect of the new show, but despair at the loss of the brilliant comedic character that made Colbert a star.

Some comedians took the chance to reflect on what the news means for them:

Rob Delaney, who for some reason deleted his post, wrote:

Delaney followed that with a playful jab at Letterman’s sidekick.

Unsurprisingly, some took the chance to gloat about the timing regarding the recent #CancelColbert campaign, and the activist who launched it, Suey Park. While The Colbert Report will now end next year, this is clearly not what they had in mind.

One Family Guy writer saw fit to point out the ridiculousness of our obsession with late night.

Perhaps the most meaningful tweet, though, came from the man that Colbert will be replacing. 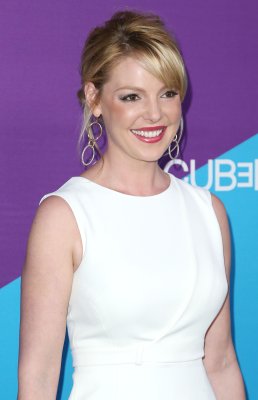 Katherine Heigl Sues Drugstore Over a Tweet
Next Up: Editor's Pick