Airline pilots who take either of the two drugs President Donald Trump has touted for use against Covid-19 are disqualified from flying, U.S. aviation regulators are warning.

Trump has repeatedly said he’s optimistic about the prospects for two anti-malarial drugs, chloroquine or hydroxychloroquine, as treatments for people with the new coronavirus, but the Federal Aviation Administration says pilots should steer clear until more studies can be done.

The FAA closely monitors pilots’ health along with testing their flying proficiency. For years the two drugs have been on the agency’s lengthy list of substances it prohibits for cockpit crews, either because they can impair performance or cause health risks.

“Chloroquine and hydroxychloroquine were both reviewed by the FAA Federal Air Surgeon when they entered the market and have long been considered generally incompatible for those performing safety related aviation duties,” the agency said in an emailed statement.

Hydroxychloroquine can be taken by pilots in low doses for treatment of arthritis, according to the FAA. Generally, though, pilots who have taken the drugs aren’t permitted to fly within 48 hours.

Because it’s currently impossible to know the doses needed to prevent infection — a use of the drugs that’s not approved — the FAA can’t perform a risk assessment. The known risks include heart disturbances and hypoglycemia, according to the agency.

Even as the vast majority of the country is under lockdown to prevent the virus from spreading, airlines are continuing to fly, putting pilots a higher risk.

“We understand the concern of persons operating in the national and international air spaces,” Giovanetti wrote. “Exercise of social distancing and hand washing represent a far more effective means of prevention.”

–With assistance from Mary Schlangenstein. 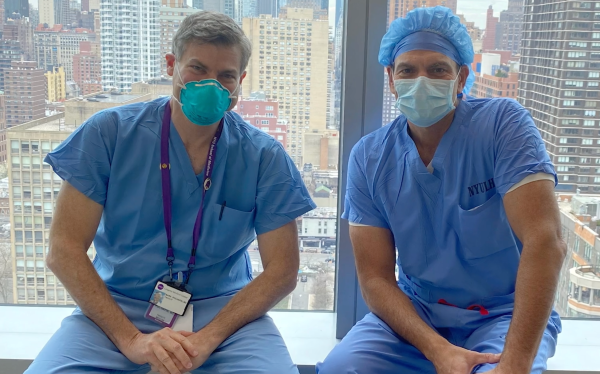