This Tiny Nation Has Zero Coronavirus Cases. After a Devastating Cyclone, It’s Refusing Foreign Aid Workers to Keep It That Way

This photo supplied by World Vision, a house is damaged from Cyclone Harold on the island of Santo in Vanuatu on April 8, 2020.
World Vision/AP
By Amy Gunia

The coronavirus pandemic has now reached 185 countries and infected more than 2 million people. But it has spared Vanuatu, so far. The tiny Pacific island nation is one of very few places on Earth with no confirmed cases of COVID-19.

Cyclone Harold, however, did not spare it. The category 5 storm, one of the strongest ever recorded in the Southeast Pacific, caused catastrophic damage when it struck April 6. Nearly 160,000 of the nation’s 300,000 residents were impacted, according to Oxfam. The U.N. estimates that in some places, 80-90% of the population may have lost homes,

Now, isolated Vanuatu, which is made of some 80 islands stretching across 800 miles of the South Pacific Ocean, finds its response to one disaster hampered by its efforts to prevent another.

To prevent the coronavirus from being brought to Vanuatu, officials have banned foreign aid workers from entering the country to help. “This is an internally run response. We need to work together,” the country’s National Disaster Management Office (NDMO) said on its Facebook page.

Foreign countries, including Australia, New Zealand and China, are flying in aid, but any supplies that enter are being quarantined for three days and disinfected to ensure there is no lingering coronavirus.

The devastating storm in Vanuatu along with a string of tornadoes that rocked the southern U.S. over Easter weekend provide an unwanted reminder that natural disasters will not wait for COVID-19 to abate. And even though few countries have been able to keep coronavirus out entirely, the situation Vanuatu provides a grim example of how much more difficult disaster relief is during the pandemic, as officials grapple with how to respond to a natural disaster without exposing citizens to the deadly virus.

“It’s a disaster wrapped in a catastrophe inside a calamity,” says Sheldon Yett, UNICEF’s representative for Pacific island countries.

Keeping coronavirus out makes it harder to let help in

In March, authorities in Vanuatu enacted strict measures to keep coronavirus from entering and spreading in the country. All borders and airports were closed and the archipelago banned travel between its islands. Curfews were imposed on businesses and public transport and gatherings of more than 5 people were banned.

“Vanuatu is fortunate that it is an archipelago of islands and relatively isolated so they can shut down their borders from the vast majority of visitors quite effectively,” says Jonathan Pryke, the director of the Pacific Islands Program at the Australian think tank the Lowy Institute.

But now some of those restrictions are hindering the flow of aid.

The islands of Espiritu Santo (referred to by locals as “Santo”) and Pentecost—where two people are reported to have died as a result of the storm—were particularly hard-hit.

Vanuatu resident Ian Baltor says friends and family in Pentecost say it looks like a bomb went off. “It was hell,” he says. “When you consider the extent of the damage, it’s amazing that they got through it.”

On Espiritu Santo, close to 70% of the buildings may have been destroyed in Luganville, Vanuatu’s second largest city, according to Radio New Zealand. “Many houses are gone,” says Onen Gaviga, the deputy mayor of Luganville.

Vanuatu’s decision not to let foreign aid workers in is complicating the efforts to bring help to affected people, aid agencies say.

The country currently lacks enough people with the right skills and technical training to deal with the problems Vanuatu is facing, says Dr. Collin Tukuitonga, the associate dean (Pacific) in the University of Auckland Medical School and the former director general of the international development organization the Pacific Community.

“There’s quite a small group of people that are expected to deal with the aftermath of the cyclone as well as prepare for COVID-19 work,” he says. “They have a hell of a job on their hands.”

Since the storm, the government has lifted restrictions on domestic air and sea travel to facilitate the movement of aid supplies, according to the U.N.

On Pentecost, where about 2,000 households have been impacted, the Red Cross has 25 volunteers supporting government efforts, according to Olivia Finau, communication officer for the Vanuatu Red Cross Society. Normally after a storm this size, more than 100 volunteers might be deployed, she says.

Despite the precautions, some worry that the risk of COVID-19 reaching the island and spreading there have increased.

“I’m not convinced that sufficient safeguards are in effect for air crews arriving on Vanuatu soil,” Dan McGarry, an independent journalist who has lived in Vanuatu for much of the last 17 years, tells TIME.

With thousands of homes destroyed in the country, many have fled to crowded evacuation centers, where social distancing is not possible. The relief shelters could increase the risk of COVID-19 spreading if it does reach the country, says Tukuitonga.

“If COVID-19 were introduced there now, it would just go like wildfire,” he says.

That, he says, would be a catastrophe given the country’s weak medical system: “The health system is underfunded, they lack a lot of the skills required, the buildings are quite dated, they often don’t have the right medication required, they don’t have the necessary equipment.”

Given the risk COVID-19 presents to the country, many in Vanuatu believe that strict precautions to prevent COVID-19 from reaching the remote island nation are necessary, even as residents struggle to recover from the devastating storm.

“The cyclone came, the cyclone went, but COVID-19, that could be here forever,” says Baltor. 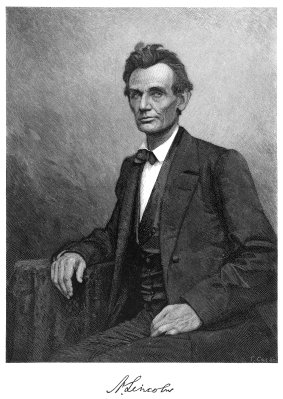 How Lincoln Consolidated National Power
Next Up: Editor's Pick