70 Coronavirus Vaccines Are Under Development, With 3 in Human Trials, WHO Says

Neal Browning receives a shot in the first-stage safety study clinical trial of a potential vaccine for COVID-19, the disease caused by the new coronavirus, Monday, March 16, 2020, at the Kaiser Permanente Washington Health Research Institute in Seattle. Browning is the second patient to receive the shot in the study.
Ted S. Warren–AP
By Lisa Du / Bloomberg

There are 70 coronavirus vaccines in development globally, with three candidates already being tested in human trials, according to the World Health Organization, as drugmakers race to find a cure for the deadly pathogen.

The furthest along in the clinical process is an experimental vaccine developed by Hong Kong-listed CanSino Biologics and the Beijing Institute of Biotechnology, which is in phase 2. The other two being tested in humans are treatments developed separately by U.S. drugmakers – and Inovio Pharmaceuticals, according to a WHO document.

Progress is occurring at unprecedented speed in developing vaccines as the infectious pathogen looks unlikely to be stamped out through containment measures alone. The drug industry is hoping to compress the time it takes to get a vaccine to market — usually about 10 to 15 years — to within the next year.

Drugmakers big and small have jumped in to try to develop a vaccine, which would be the most effective way to contain the virus. Pharmaceutical giants like Pfizer Inc. and Sanofi have vaccine candidates in the preclinical stages, according to the WHO document. 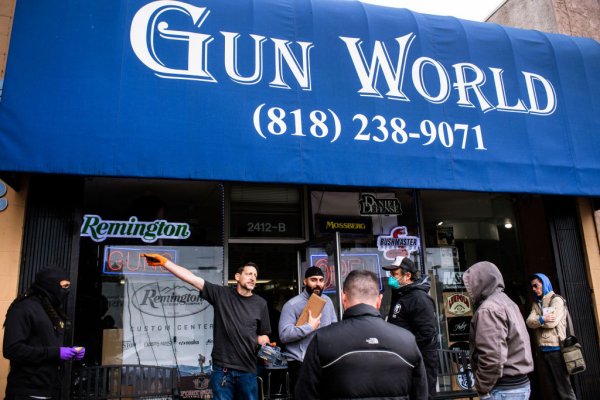 Gun Shops Can Still Sell From Parking Lots: DOJ
Next Up: Editor's Pick