Netflix's Sergio Tells the Story of a Noble Diplomat—But Where's the Man?

It can’t be easy playing the movie version of a noble real-life figure like Sérgio Vieira de Mello, the U.N. diplomat from Brazil who, in the midst of a career unwaveringly dedicated to humanitarian efforts, died in the 2003 terrorist bombing of the Canal Hotel in Baghdad. But in Sergio, director Greg Barker’s drama about the last years of Vieira de Mello’s life—making its debut on Netflix on April 17—Wagner Moura (from Netflix’s Narcos) gives it his all.

Vieira de Mello was sent to Iraq in 2003 as the Special Representative of the U.N. Secretary-General to help the country move forward after the fall of Saddam Hussein. In an early scene, we see Moura’s Sergio and his small entourage rolling up to the hotel that will serve as headquarters for what’s intended to be a four-month assignment. They’re greeted by U.S. troops who have been assigned to protect them, but whose very presence speaks of menace and mistrust. Sergio leaves his vehicle and approaches one of the soldiers for what looks like a friendly conversation, but we don’t hear what he’s saying.

That moment will be pivotal, but we don’t understand its meaning until near the end of Sergio. This is a thumbnail sketch of one man’s life of service to the world: in a re-creation of a video Vieira de Mello made to welcome new U.N. staff members, Moura’s Sergio asserts that the “real challenges and the real rewards of serving the United Nations are out there in the field, where people are suffering, where people need you.” The film also covers Vieira de Mello’s time in East Timor, where, seemingly against all odds, he helped broker the country’s independence from Indonesia. And it’s there that he meets and falls in love with Carolina Larriera (Ana de Armas), who will accompany him to Baghdad on his last, fatal mission.

Sergio’s intentions are pure, and the movie is pleasingly old-school in the way it merges political drama—and tragedy—with romance. Sometimes, though, the burden of playing a dedicated servant of the people appears to be too much for Moura: the performance feels stiff and stately, as if he’s considered every breath. Moura makes us see the gleaming role model, but it’s much harder to see the man underneath—and you can’t leave a legacy without first having had a heartbeat. 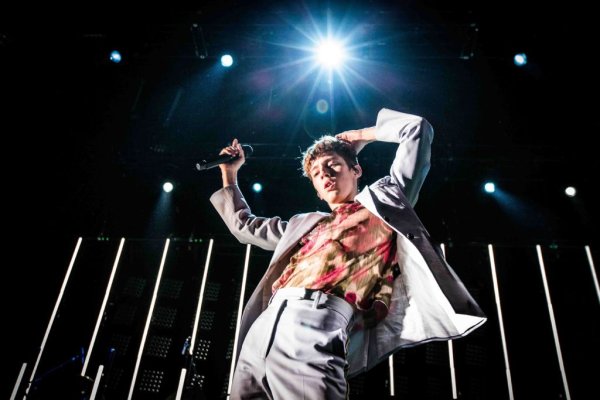 The Best New Songs of April 2020
Next Up: Editor's Pick