'A Chance To Do Our Part.' How This Family-Owned Distillery Switched From Whiskey to Hand Sanitizer Amid the COVID-19 Crisis

When the United States entered World War II, the Warren Featherbone factory in Three Oaks, Michigan converted its production facilities from corsets to raincoats to outfit American troops heading overseas. Now, close to 80 years later, the family-owned distillery that now occupies that same building is again pivoting its production in the service of the greater good—this time by making hand sanitizer amidst a global pandemic.

“It’s kind of like things are repeating themselves,” says Bill Welter, who founded Journeyman Distillery with his wife Johanna in 2010. “We’re having our chance to do our part.”

More than 600 distilleries around the country have made a similar switch in recent weeks, according to the Distilled Spirits Council of the United States. While there are still some regulatory challenges to overcome and the council has been pushing the Food and Drug Administration to further loosen tax rules, the Welters and many others are successfully producing alcohol-based hand sanitizer that meets World Health Organization standards.

The pivot in production has been relatively simple, Bill says: “Instead of making whiskey, which has been our focus and forte, we’re effectively making vodka.”

Of course, while Bill and Johanna were motivated to help the community, the decision wasn’t entirely selfless: they wanted to save their business, too. In mid-March, when Michigan restricted bars and restaurants to takeout and delivery service, the Welters knew that they—and the rest of the food and hospitality industry—were in trouble. They had to lay off more than 100 employees across their distillery and restaurant, as well staff who worked on the putting green and in the event spaces on the property.

“Frankly, it was terrifying and gut wrenching and just heartbreaking,” Bill says. “We’ve worked so hard to create this business, and then all of a sudden you wake up one day and the state of Michigan as well as many other states say, well, you’re gonna have to close your business—not because of anything you’ve done—but, you know, for the betterment of society and protection of people’s health.”

After starting with three employees in 2010, the Welters’ business had grown to 150 employees earlier this year. Many of their staff had been with the company for years.

“The initial reaction is shock and fear,” Johanna says. But she and Bill quickly fell back on what she calls “that startup spirit” of thinking: “‘Okay, let’s figure this out. What do we need to do next?’”

As supplies of hand sanitizer began to dwindle nationwide, Bill saw a news report about how alcohol can be repurposed to fill the gap and asked their production manager to look into it. Then things began to fall into place. In mid-March, the Food and Drug Administration issued guidance allowing certain facilities, including distilleries, to create hand sanitizer.

Originally Journeyman was giving its new product away. The company donated more than 1,200 bottles to frontline health care workers in Michigan. But recently, it has started selling the product as well, which means the Welters could afford to rehire about 15% of their staff.

Each Saturday for the past three weeks, the distillery has opened its doors for curb-side service, selling both whiskey and sanitizer with 40% of the proceeds going to a relief fund for the employees who were laid off. This past weekend, cars stretched for a mile waiting for their turn to buy the products. So far, these efforts have raised close to $30,000. In addition to the cash in the relief fund, the company also prepares a meal on those days for each of its employees to pick up and share with their families.

“We always talk about how our distillery is a family to us,” Johanna says. “The Journeymen customers and our community have come out to support us and them, and that is so heartwarming.”

The challenge of starting a whole new product line isn’t without its hiccups. While the Welters have plenty of the main ingredient—ethanol—on hand, they had to work to source enough bottles and other other chemicals, such as peroxide and glycerin, that go into sanitizer. But the distilling industry has come together to solve some of these logistical problems, the Welters say. They have leaned on the relationships they’ve built over the last decade and have traded supplies with other local beverage or agriculture companies and called in favors from friends in other cities as well.

The ability to sell hand sanitizer has been a “miracle” for Journeyman, Bill says. But it doesn’t sell for the kind of price that whiskey does, and it’s hard to know how long the company can keep this up. Because they are using their distilling capacity to make sanitizer instead of whiskey right now, he also notes that this could mean they have a gap in whiskey availability down the line.

Bill and Johanna know their business is far from being safe, but they are still grateful for the ability to help their business and their community amid the national health crisis. Just last week, Bill’s father reminded him that his great grandmother was a nurse who responded when the survivors of the Titanic arrived in New York. He and Johanna see their effort as a way of supporting medical professionals today.

“It’s been a wonderful opportunity for our business to showcase what I would call American ingenuity,” Bill says. “But also, it’s just an amazing sense of pride to be able to assist at a time where I think we felt so helpless. Feeling like we’re part of the solution has given us new purpose.” 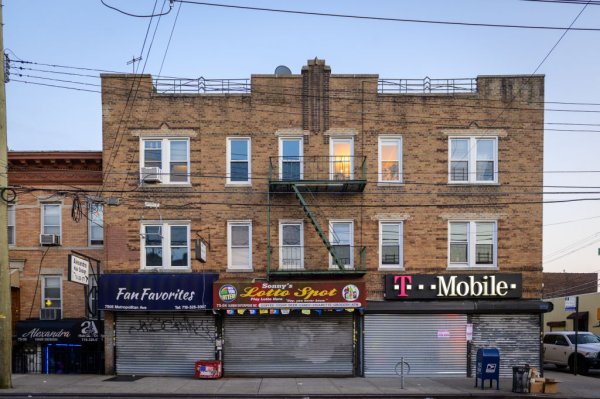 Small Businesses Are Struggling to Get Loans
Next Up: Editor's Pick