Julia Louis-Dreyfus posed on the cover of Rolling Stone this week wearing nothing but the U.S. Constitution inked on her back.

But there’s one amendment to be made to that constitution which is stealing the show from the actress’ au naturel debut. On the magazine, the lower back of the Veep star displays the grand signature of founding father John Hancock. But Hancock didn’t sign the Constitution—he signed the Declaration of Independence.

Louis-Dreyfus tweeted Wednesday that it was all Mike McClintock’s fault—the character played by Matt Walsh who is the Veep‘s communications director. “Yet another Mike (screw-up),” she joked. “Dummy.”

A representative for the magazine told the New York Daily News that the mishap was a result of not being able to fit the entire Declaration of Independence into the tattooed image.

“The Declaration of the Independence is on the other side but we couldn’t fit in all the signatures,” spokeswoman Melissa Bruno said. 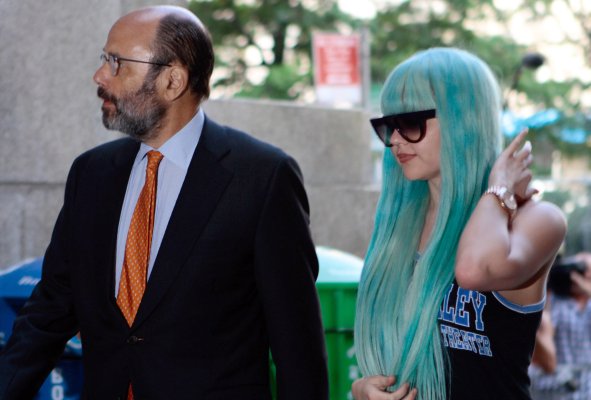