In this new normal for some, our identities just don’t translate so well to the whole team across a video. That’s especially true if you’re a potato with a face.

Lizet Ocampo, who works as the department head at a nonprofit focused on equal rights and justice called People For the American Way, went viral for morphing into a potato for a video call recently.

“My boss turned herself into a potato on our Microsoft teams meeting and can’t figure out how to turn the setting off, so she was just stuck like this the entire meeting,” Twitter user @PettyClegg shared. It’s been liked nearly 900,000 times since Monday.

Ocampo had originally downloaded the filter for a looser happy hour on Friday night for fun, but she couldn’t figure out how to turn it off for the Microsoft Team meeting by Monday morning.

“I did not get what was happening. I was like ‘why am I a potato out of all the things?’” Ocampo told TIME. “I do try to bring some humor into the meeting and that’s part of the reason why I left the potato on, I couldn’t take it off.”

The idea to be a potato had a lot to do with her team’s commitment to their work. The director said that the group centers their energy on a number of programs, including the effort to get progressives elected and that sometimes it “can get a little tiring” so “laughter is needed for many reasons.”

People adore this moment. In fact, some even feel like the potato’s facial expression, with its eyes and face, encapsulates what they are feeling in uncertain times.

“A lot of people said they really needed this laugh at this time. I’m laughing even harder because it’s me, but I would laugh if it were someone else,” she said. “I was also laughing especially at this time when things are really rough for everyone especially first responders and people who still have to work in essential jobs every day.”

She’s far from alone when it comes to technology snafus right now, but as a leader who became an internet-famous tuber, she is extraordinary.

Meet “potato boss” as she’s been playfully dubbed below. 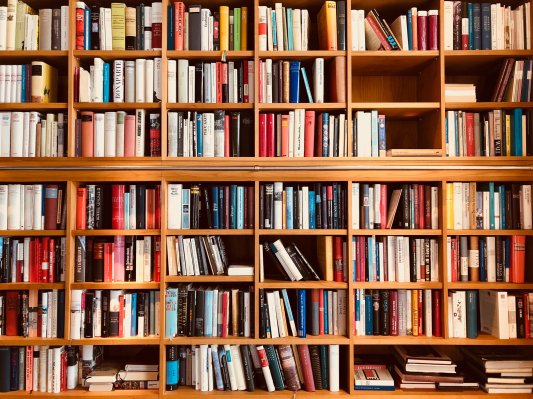 Take a Moment to Dip Into the Miniature World of This Library For Birds Livestream
Next Up: Editor's Pick