As Coronavirus Causes 'Severe' Blood Shortage, Senators Call for Ending Donation Restrictions on Men Who Have Sex With Men

A woman arrives at an American Red Cross blood drive held to help alleviate a blood supply shortage as a result of the coronavirus pandemic at Las Vegas Motor Speedway on March 27 in Las Vegas, Nevada.
Ethan Miller / Getty Images
By Tara Law

As the COVID-19 pandemic has caused a “severe blood shortage,” a group of 17 senators and LGBTQ advocates say that the time has come for the Food and Drug Administration (FDA) to lift a rule requiring men who have sex with men to abstain for 12 months before donating blood.

Senators from across the country, including Sens. Tammy Baldwin, Elizabeth Warren, Bernie Sanders, Kamala Harris, Amy Klobuchar and Cory Booker sent a letter to FDA Commissioner Stephen M. Hahn on March 26, saying the policy is “discriminatory,” “not scientifically sound” and prevents many healthy gay and bisexual men from donating blood. They note that there have been major advances in blood screening and safety technology, as well as widespread use of the HIV protection drug PrEP, have made it necessary to get rid of the deferral process.

In 2015, the FDA revised a decades-old ban that prevented men who have sex with men from donating blood, but added a requirement that the men abstain from sex for a period of 12 months before donating. However, leading medical groups have criticized the rule. The American Red Cross argued in November that eligibility should not be determined by sexual orientation, and in 2015 the American Public Health Association released recommendations arguing that advances have made the policy “scientifically unwarranted” and that the 12-month deferral period is “not based in science but appears to be modeled after other countries’ choices and fears.”

“In light of this shortage, we urge you to swiftly update blood donor deferral policies in favor of ones that are grounded in science, are based on individual risk factors, do not unfairly single out one group of individuals and allow all healthy Americans to donate. We strongly encourage you to consider this critical solution as you work to develop a comprehensive response to the COVID-19 outbreak and ensure that Americans have access to life-saving blood transfusions,” the senators’ letter said.

The senators and the LGBTQ advocacy group GLAAD argue that the coronavirus pandemic has created an urgent need for more donations. The American Red Cross reported on March 17 that the coronavirus pandemic resulted in the cancellation of about 2,700 blood drives across the country, leading to an estimated 86,000 fewer blood donations. A GLAAD petition to lift the ban amidst the pandemic has gained more than 15,000 signatures.

“There are thousands of healthy gay and bisexual men, as well as other LGBTQ people that this policy affects, who are willing and wanting to donate blood during this time. By relying on stigma rather than science, the FDA is not just harming members of the LGBTQ community, but all Americans,” GLAAD President & CEO Sarah Kate Ellis said in a statement.

The FDA said in a statement to LGBTQ publication the Washington Blade that it will “continue to reevaluate the situation” throughout the outbreak, but for now it has not lifted the deferral.

To schedule an appointment to donate blood, visit this link. 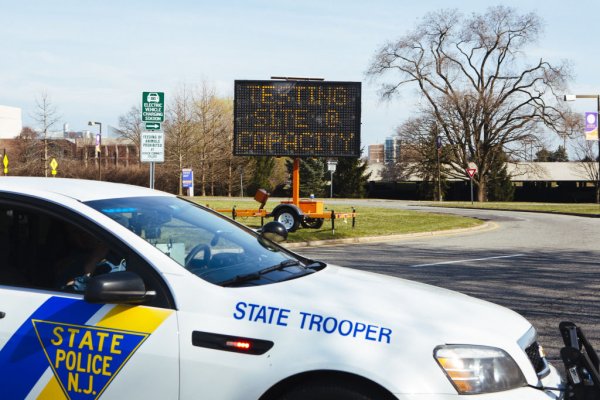