Apple's New Powerbeats Are OK, But Design Flaws Keep Them From Greatness

While some people might decry the act of running while blaring tunes, claiming it distracts you from the objectively arduous task at hand (that is, flinging your body through space at speed for miles on end), I wholeheartedly disagree. Whether you’re jogging, lifting, skating, or just spending a lot more time indoors due to increasingly restrictive government mandates, you’re gonna want some headphones to keep the party going in your head. To that end, Apple-owned audio company Beats now has a new version of its workout-focused Powerbeats headphones, a sort of little brother to the truly wireless Powerbeats Pro. At $149, the Powerbeats won’t outshine the pricier Pro model, but it does make for a decent pair of headphones at a fair price if you can get over some potential dealbreakers.

The new Powerbeats, which look more streamlined compared to the $199 Powerbeats released in 2016, are in-ear headphones with adjustable rubber hooks that loop around the back of the ear. Included are four different silicone ear tip sizes, along with a drawstring carrying pouch so you don’t lose them (but let’s be real, you’ll probably lose the pouch first). They’re connected via a short neckband cable, so there’s no worry about losing one. The adjustable hooks are a slick design update that makes the Powerbeats fit more snugly behind the ear — but it may not be a comfortable fit for all.

That shortened, rounded cable makes snags almost disappear, and the controls built onto the earbuds themselves solve the problem of searching for any sort of control node attached to the aforementioned cable. It also helps those who don’t necessarily love the independent earbuds on headphones like the more expensive Powerbeats Pro, or on competing truly wireless workout headphones like the Plantronics BackBeat Fit 3200.

The Powerbeats charge via the same lightning cable you can use on your iPhone (though for some reason its indicator light is on the other earbud). They’re good for an advertised 15 hours of use, and in my week of mild use I’ve only had to charge them twice.

If you’re spending this much on headphones, you probably care about audio quality. Powerbeats delivers, sounding much better than most truly wireless options, including Apple’s AirPods. The bass is stronger and voices are clearer, though some might take issue with the sealed in-ear design for outdoors activities like running. Still, they sound great, and are as functional as the Powerbeats Pro, featuring capabilities like audio sharing when paired with an iPhone.

But the Powerbeats’ design is compromised in some frustrating ways. Every ear is different, but the Powerbeats don’t do enough to accommodate that variety. For me, the Powerbeats’ “adjustable” rubber hooks weren’t adjustable enough, and 10 minutes into my runs my ears would start to ache as they pressed against the rubber I had tugged and twisted on, only to have it slowly morph back into its uncomfortable original position.

The real letdown? The playback controls are in what might be the worst possible spot. The Powerbeats might be Beats products, but parent company Apple has long since solved this problem with the first AirPods and AirPods Pro, which let you tap (or squeeze) on the body to play, pause, or change tracks. Here, not so much. The Beats logo pulls double duty as a playback button, and forces you to essentially push the earbuds deeper into your canal, making for an unpleasant experience when you’re bouncing around, to say the least.

Powerbeats, depending on what looks your ears are serving, is a mixed bag in terms of design, functionality, and price. While stylish, functional, and superb in audio quality, the aesthetic choices ultimately compromise the ergonomics in a way that could prove literally painful to some athletes or active listeners. If you’re still interested, maybe borrow a friend’s before you commit to dropping this amount of cash, especially since you’ll probably be inside for a while. Just make sure to sterilize them first.

Most Popular on TIME
1
Study: Up to 80% of COVID-19 Infections Are Asymptomatic
2
Mayor: Officer Who Kneeled on Man Should Be Charged
3
Mixed Response in Hong Kong to U.S. Announcement on Autonomy 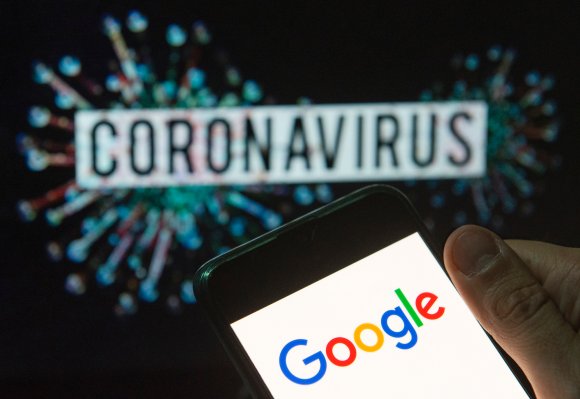