Ever since the first herder chased a predator away from his livestock—or away from his family—humans have harbored some natural animosity toward large carnivores. We may be thrilled to see the lions at the zoo, but we’re not so excited about mountain lions in our backyards. Campaigns to save endangered carnivores must constantly struggle with the fact that the people who live and work in the animals’ habitats may be less than interested in forgiving and forgetting than in hunting and trapping.

That’s understandable—but problematic. In many cases, the critters that predators eat (your cat or cousin excepted) are supposed to get eaten—at least if the ecosystem is going to stay in balance and species lower on the food chain aren’t going to run amok. As a new paper in Science illustrates, without the proper number of predators living in the proper places, the natural world can go badly awry, with results that can affect both humans and the species we value and protect.

In their review of many years’ worth of literature on the subject, a team of researchers led by William Ripple, a professor of forest ecosystems and society, at Oregon State University, studied seven key carnivore species: lions, leopards, dingoes, the Eurasian lynx, sea otters, gray wolves, and pumas. When those killers were removed from the ecosystem—whether by overhunting, in the case of the sea otter, which dwindled to near-extinction in the 18th and 19th centuries; or by a 3,400-mi. long (5,500-km) fence that excludes dingoes from prime sheep grazing territory—other species have exploded, sometimes with unanticipated results.

Americans are experiencing just that kind of downstream effect of predator loss now. As TIME reported in a December cover story, the loss of predators including mountain lions and wolves has caused deer populations to grow. Ripple and his colleagues put a hard number on that fact: in areas that have no wolves, deer populations are six times higher than in places wolves live and dine. Not only do the growing numbers of deer invade gardens and cause car accidents, they also destroy young trees, eating their leaves and bark and restricting the growth of the forests of the future. Research has also shown that overgrazing by deer is linked to declines of butterfly and frog populations, since hungry deer eat the flowering plants that the butterflies rely on and the streambank plants that provide shade to the waters where the frogs live.

In West Africa, a similar cascade effect is playing out, as the loss of lions and leopards no longer keeps olive baboon populations in check. The baboons decimate their own food sources and then take to raiding human crops, to the extent that farming families are increasingly keeping children home from school to guard the fields. And in Australia, areas in which dingoes are suppressed experience increased predation by red foxes, which feast on endangered creatures like the dusky hopping mouse. One study surveyed in the new paper showed that the mouse’s numbers were 40 times higher in areas where dingoes roamed—or at least in the two dingo-rich areas surveyed by the researchers.

(MORE: Europe: Where Dogs and Humans Fell in Love)

Humans don’t do a great job of replacing these top predators once they’ve been pushed out, partly because humans don’t hunt the way other top predators do. “The [animal] predators will typically take the young, the old, and the sick prey, where human hunters will take the strongest, prime-aged animals, typically. So that has ecological effects,” says Ripple.

And even when we don’t actively hunt other predators, we kill them in slower, less direct ways like habitat encroachment and climate change. From the moment human beings appeared on the scene, we have sought to eliminate the deadliest beasts around us. Only now, when we’re closer than ever to achieving that dream, are we realizing what a mistake it’s always been. 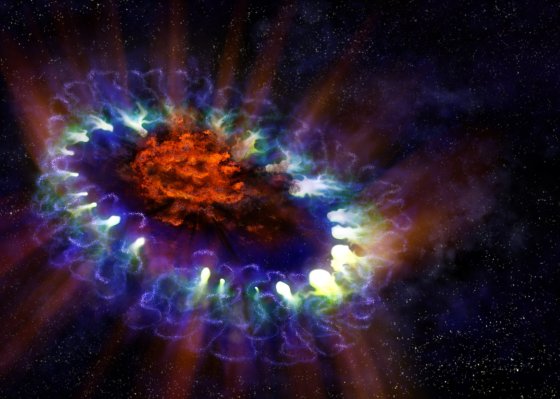 Why Dust is the Most Important Stuff in the Universe
Next Up: Editor's Pick