Welcome to the Golden Age of Live-Streaming

On Saturday night, hip-hop eminence Derrick “D-Nice” Jones threw a dance party for 100,000 with attendees including Michelle Obama, Mark Zuckerberg, Drake, J. Lo, Rihanna and both finalists for the Democratic Presidential nomination. The crowd was even bigger on Sunday. In an interview with CBS This Morning’s Gayle King on Monday, D-Nice confirmed his plans to keep the party going daily for as long as possible. But before you cancel the DJ, rapper and producer for creating the world’s most distinguished COVID-19 cluster, I should mention that the gatherings—dubbed Homeschool at Club Quarantine—have taken place exclusively on Instagram Live. The host, ensconced in his kitchen alone, is practicing social distancing.

This is live entertainment in the coronavirus era, when theaters, concert halls, museums, sports stadiums and nightclubs are closed; music, comedy and book tours are canceled; and non-news TV production has ground to a halt. Within the space of two weeks, Americans have seen so many of the institutions that kept us amused, informed and intellectually stimulated during national crises past shut down. It may be negligible in comparison with the plight of those who are feeling the effects of COVID-19 firsthand, or even the sadness the healthy among us feel at being separated from loved ones, but the loss of both the physical public square and platforms like daily talk shows are also tragic. Which is why it’s been so encouraging to see artists and entertainers from across the culture use DIY methods of communication to fill that void. After years of puzzling over Generation Z’s love of YouTube stars and live streamers, the over-30 set isn’t just starting to understand the appeal of these platforms—we’re relying on them to stay sane.

In the week or so since late-night hosts sent their staffers home to self-isolate, Stephen Colbert has brought us such welcome distractions as the abbreviated, solo “Lather Show” (from his bathtub) and “The Flame Show With Stephen Col-burn” (at the fire pit on his patio) featuring a video-chat performance from Late Show bandleader Jon Batiste. In mini-episodes filmed at home with his wife behind the camera, Jimmy Fallon has been leading split-screen conversations with stars like Jennifer Garner and Lin-Manuel Miranda; Fallon’s two young, joyfully disruptive daughters have become America’s sweethearts. Trevor Noah has The Daily Social Distancing Show, while Samantha Bee has enlisted her husband and kids to shoot Full Frontal from their rural backyard, with plans to air a new episode on Wednesday. A Little Late host and YouTube native Lilly Singh is off the air but back to her 15 million subscribers with pandemic-related comedy skits. And so on.

Daytime talk-show hosts have followed suit: Ellen DeGeneres has been posting phone calls with friends such as Jennifer Aniston and Tiffany Haddish on her Twitter account. The View often looks like The Brady Bunch intro now, a grid of faces with Whoopi and Joy logging on live from their respective homes. One of that show’s alumnae, Rosie O’Donnell, raised $600,000 for The Actors’ Fund with Sunday’s one-night-only revival of The Rosie O’Donnell Show—a special that had her video-chatting with Billy Porter, Patti LuPone and other Broadway-adjacent celebs “from the comfort of my garage-slash-art-studio.” (Parents who’ve been entertaining young kids at home for the past few weeks must have felt a pang of recognition upon spotting the signs of family craft projects in the background.) The crisis has even brought Oprah back on a daily basis, from her home, in a free Apple TV series called Oprah Talks COVID-19; the first episode consisted of a FaceTime chat with Idris Elba and his wife Sabrina Dhowre, who both tested positive for coronavirus, her laptop propped up on a stack of books. Never mind that her sectional is approximately the size of my apartment; when was the last time a billionaire media mogul looked so relatable?

It’s been especially heartening to see artists who, like D-Nice, have scrambled to create something entirely new. As book clubs spring up with the help of video conferencing technology, publishing site Literary Hub has launched the Virtual Book Channel, whose Vimeo-based shows offer the kind of readings and author interviews bookstores across the country have had to cancel. Death Cab for Cutie frontman Ben Gibbard has been live-streaming daily performances on YouTube to benefit various medical charities. NPR has made a schedule of “live virtual concerts”—most of them on social media or video platforms—that have been announced, ranging from the Vienna State Opera to events organized by indie labels Don Giovanni and Third Man.

From Bernie Sanders hosting a YouTube live stream on the coronavirus response with AOC, Rashida Tlaib and Ilhan Omar to Padma Lakshmi leading pantry-cooking tutorials on Instagram, there’s a DIY COVID-19 video for every political alignment and cultural niche. A homespun microgenre of coronavirus-themed parody song has emerged, with the reliably profane Liam Gallagher transforming his old Oasis hits into “Wonderwash” and “Champagne Soapernova”; if there’s a boomer in your life who can’t wrap their mind around social distancing, send them this Twitter video of Neil Diamond tweaking “Sweet Caroline” so that the chorus begins, “Hands, washing hands/Don’t touch me/I won’t touch you.” We’re seeing artists’ and celebrities’ living rooms, meeting their spouses and kids, cooing over their pets. Though these videos can’t replace communication with friends and family—or, obviously, satisfy our moral obligation to help coronavirus patients, healthcare workers and those in our communities who’ve lost their jobs—there’s a sense that if we’re all self-quarantining at home, then we’re all in this together.

We made black-eyed peas over polenta! Recipe in bio.

Whether we’ve realized it or not, I think a lot of us are finding the same sustenance in these rough dispatches that teens get from YouTube vloggers, TikTok dancers (whose acolytes now include LeBron James and his adorable family) and social media influencers of all stripes. Why, we’ve spent years asking ourselves and each other, would you watch a spoiled 15-year-old with no discernible talent try on every item of clothing she’s ever ordered on the internet when you could be bingeing The Sopranos, or at least Buffy the Vampire Slayer? Why listen to some weirdo warble over canned beats when practically the entire history of recorded music is available to stream? What we forget is that young people are often looking for something the professional, adult-dominated entertainment industry can’t offer—something past generations found in the crude mediums of punk music or zines or early internet message boards: a sense of intimacy. Even for kids with vibrant social lives and supportive families, adolescence can be horribly lonely. Maybe it’s not the content of haul videos or live gaming streams that has them hooked; maybe it’s the sense of community and personal connection these lo-fi videos create.

After 13 days away from almost everyone I care about, I’ve begun to remember what profound isolation—whether physical or psychological—can feel like. That certainly explains why, though I used to hate using video chat apps, I recently spent 90 minutes on Zoom with friends self-quarantining in Australia and “met” an old pal’s newborn baby on FaceTime. But it’s also why, on Sunday, I tuned in to an impromptu Instagram Live performance by rock icon Patti Smith and her musician daughter Jesse Paris Smith. Amid songs, poetry and pep talks, they revealed that they were broadcasting from a smartphone propped up on containers of instant oatmeal and aloe vera juice. As cool as it was to see one of my favorite artists play a live show at a time when in-person concerts are impossible, what really brought me comfort was the sight of a woman I so deeply respect hunkering down with family and taking time to check in with fans. In sharp contrast to Gal Gadot’s smug video of celebrities singing “Imagine,” Smith’s gesture seemed to come out of humility, generosity and respect for her fellow citizens.

Millions of us are suddenly becoming immersed in this social-video ecosystem to an extent that we’ve never been before. We’re not just occasionally posting a viral clip on our platform of choice; we’re getting emotionally invested in this stuff, because it’s the closest thing we have to live or even daily entertainment. And we need those things—those culture-wide conversations, songs and jokes, that shared mourning for those we’ve lost—so that we never forget we’re living in a society, especially at a time when it’s crucial that we all do our part to keep each other safe.

There’s no guarantee that mainstream pop culture’s new DIY spirit will endure after Elba recovers, Bee is out of the woods and coronavirus has gone the way of H1N1. But, either way, it won’t be long before a critical mass of Gen Z reaches an age when their sensibilities start shaping the entertainment industry proper. For them, YouTube, Twitch and TikTok will always be part of a standard creative toolbox. The inevitability of this generational shift used to terrify me (a luxurious fear compared to what’s weighing on our minds these days, I know). Now that I finally get it, I’m curious to like, subscribe and see what happens. 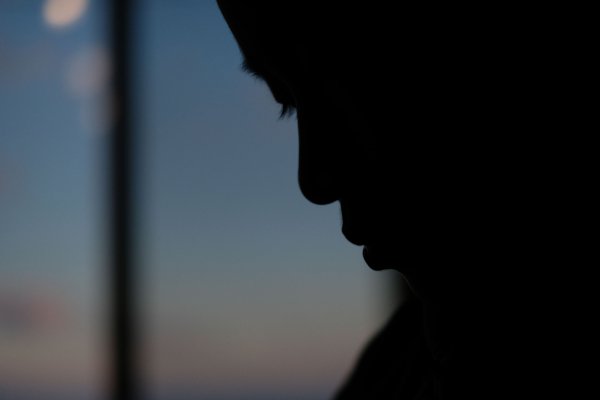 Insurance Claim Data Show How Much Teen Mental Health Has Suffered During the U.S. COVID-19 Pandemic
Next Up: Editor's Pick