There’s a fascinating moment during the first episode of Showtime’s new climate change documentary, Years of Living Dangerously. The actor Don Cheadle, in one of three concurrent segments in the premiere, had visited the impoverished Texas town of Plainview, which was hit hard by a recent drought—one the show links in part to climate change. But Plainview is a conservative and religious town, and virtually no one Cheadle speaks to thinks that global warming is real, let alone that it has anything to do with the drought. That’s not surprising—there is a huge and growing partisan difference on climate change, with a recent Gallup poll showing a 38 point difference between Democrats and Republicans on the issue.

Afterwards Cheadle sat down with the Texas Tech climate scientist Katherine Hayhoe and her husband Andrew Farley. Hayhoe obviously believes in climate change—she’s authored dozens of peer-reviewed papers on the subject—but unusually, she’s also an evangelical Christian, as is Farley. He’s also a confirmed Republican, but he tells Cheadle that while his wife has convinced him that climate change is real, the politics still get in the way. And then Cheadle says this:

As Andrew Revkin points out over at Dot Earth, Cheadle has essentially stumbled onto what’s known as cultural cognition theory, the product of work by the Yale Law School Professor Dan Kahan. Ezra Klein on his new site Vox has a great explanation of cultural cognition theory, but what it essentially means is that we all belong to tribes that might be defined by our political or cultural leanings, and that we’ll do almost anything to avoid conflict with those tribes—even “subconsciously resist factual information that threatens their defining values,” as Kahan puts it. Cheadle is right—when it comes to climate change, identity trumps facts.

That fact helps explain the enormous scale of the challenge that Years of Living Dangerously faces. A documentary series that will air on Sundays at 10 p.m. Eastern for the next nine weeks—opposite Mad Men, which just seems unfair—Years uses celebrities like Cheadle and reporters like Tom Friedman to tell the story of how climate change is impacting the world today. And that story is heavy on disaster, as the trailer shows:

I had a chance to watch the first episode on Wednesday night in New York at the Ford Foundation, which helped finance the series. For the most part it’s a strong work of documentary journalism, with richly shot and compelling stories. The premiere features Cheadle in Texas, Friedman in Syria—where drought has helped drive the civil war—and Harrison Ford journeying to the rapidly deforesting jungles of Indonesia.

If Friedman’s segment suffers from the sheer horror of Syria—it can be difficult to focus on the diffuse threat of climate change when there’s an ongoing civil war that has killed over 150,000 people—Ford (and his producers) ably demonstrates the massive environmental and social damage left by deforestation in the world’s fourth-most populous country. The scene when Ford helicopters across a rainforest that suddenly turns to stumps and char will stay with viewers.

While there are always nits to pick—Friedman doesn’t mention the role that overpopulation has played in stressing Syria—I was impressed by the relatively measured way the series took on the tricky science of attributing disasters to global warming, at least in the first episode.

But Years isn’t just a work of TV journalism, a super-sized series of 60 Minutes-like pieces about climate change. As James Cameron, the series’ executive producer, told Reuters, the aim is to convince people that global warming is an existential threat that demands major action:

For a large chunk of the U.S.—most of the Democratic party—that message has already hit home. But as long as the partisan gap on climate keeps growing, the kind of broad national action that would make a difference will never happen. I suspect that’s why the series’ producers send Cheadle to Plainview in the first episode, immediately addressing—in a respectful way—the cultural roots of climate skepticism. But can Years shake that skepticism?

In a New York Times column, Michael Shellenberger and Ted Nordhaus of the Breakthrough Institute argue that the terrifying imagery of the series will actually turn people off:

Shellenberger and Nordhaus are right that a large body of research has shown that catastrophic imagery can actually backfire, almost as if audience remembers respond to the horror by sticking their fingers in their ears. (Full disclosure: I’ve participated in a few panels at Breakthrough Institute conferences in the past.) You can see that when Cheadle asks people in Plainview about the drought, and they respond, essentially, that such catastrophes are natural. That’s cultural cognition again—in Plainview, it’s far more socially disruptive to say that the drought could be connected to rising carbon emissions than it is to say that the disaster is simply an act of God. Perversely, as the destruction ramps up—wait until the series gets to Hurricane Sandy—those responses only seem to harden.

Shellenberger and Nordhaus argue that a messaging strategy based primarily around solutions would have better luck dislodging that skepticism. It looks like Years will address responses to global warming in episodes to come—some of the future segments include Jessica Alba on how corporations are cutting carbon emissions and Olivia Munn on Jay Inslee, Washington state’s climate warrior of a governor. But every indication is that disaster will be the dominant note in the series.

I can’t blame Years’ producers for that—scenes of biblical floods and collapsing glaciers make for far more compelling TV than wonky discussions about the pros and cons of nuclear power. And we do live in a dangerous world—thanks to the intersection of population growth, an increasingly interconnected global economy and yes, warming. I hope that as Years unfolds, it finds time to report on the need to adapt to those dangers. We need to do what we can to slow the pace of global warming, but we also need to build a more resilient society, one that can absorb the superstorms and megadroughts of the future, bending without breaking.

The reality is that no one really knows how to close the partisan gap on climate change—and if Kahan’s cultural cognition theory is correct, it might just be impossible. By pitching some of its segments directly at the sort of people who feel that accepting climate change means abandoning some of their core beliefs, Years is at least taking that challenge seriously. And when this series is over, that effort may be more lasting than all the imagery of storms and wildfires and chaos that will fill the screen for the next nine weeks. 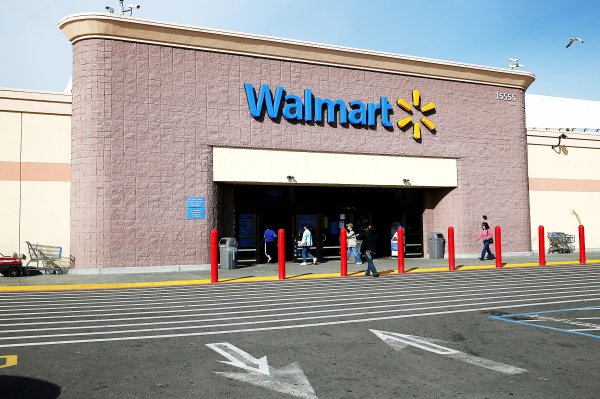