A close-up of President Trump's notes shows where "Corona" was replaced with "Chinese" Virus as he speaks at the White House on March 19, 2020.
Jabin Botsford—The Washington Post/Getty Images
By Becky Little

Even as his Administration’s response to COVID-19 has evolved, one part of President Donald Trump’s reaction to coronavirus has remained consistent. More than a week after he prompted outcry by retweeting a supporter who called the novel coronavirus the “China virus,” photos from Trump’s Thursday press briefing about the virus showed that “corona” had been crossed out and replaced with “Chinese.” The President and his team have defended the use of that language—despite the World Health Organization making a point of not naming the disease after the place where the outbreak began, and despite advocates arguing that such terminology fuels the risk of hate crimes against people of Asian descent, who have already reported a surge in discrimination.

While Trump may have his own political reasons for describing the virus as foreign, he’s also part of a long history of associating diseases with certain countries—a tradition that experts say has led to ethnic and racial discrimination, stymied efforts to effectively handle public health crises, and distorted public historical memory.

Take the so-called “Spanish flu,” a pandemic in 1918 and 1919 that killed up to 50 million people worldwide. Many Americans, including Republican Senator Chuck Grassley, seem to believe—as the name implies—that this influenza outbreak began in Spain. However, the first recorded case was in Kansas. As the flu spread through the U.S. and European countries during World War I, fighting nations actively censored coverage of the outbreaks. Spain, which was neutral, stood out because it accurately reported the outbreak, leading to the perception that the flu was concentrated there. (Meanwhile in Spain, it was known as the “French flu.”)

The name “Spanish flu” may have also reinforced a conflation between immigrants and disease at a time when white Americans descended from northern Europe held strong biases against immigrants from China and parts of eastern and southern Europe, including Spain. Just a couple of years before the 1918 flu outbreak, Italian immigrants on the East Coast were blamed for a polio outbreak, though in fact there was no evidence of an outbreak either in Italy or at Ellis Island. And for decades, white Americans associated Chinese immigration with a host of diseases, and used public health as an excuse to discriminate against them.

“America has a long history of immigrant exclusion on the basis of disease,” says Kim Yi Dionne, a professor of political science at the University of California-Riverside who has written about how politicizing disease can shape public attitudes about immigration. “Chinese immigrants to California were treated as medical scapegoats for years, and their exclusion based on disease threat was actually codified in the 1882 Exclusion Act.”

The 1882 Chinese Exclusion Act was the first federal law to create a distinction between “legal” and “illegal” immigration, and it came after decades of stereotyping Chinese immigrants as more likely to carry diseases like cholera and smallpox. Cholera was sometimes called “Asiatic cholera” because it was first detected in India, even though it also flourished in European countries like Britain. As for smallpox, it had originally come to the Americas through European invasion. Together with other new infectious diseases, smallpox killed millions of Native people.

Even after the Chinese Exclusion Act and the Scott Act of 1888 heavily restricted Chinese immigration, white Americans continued to blame them for the spread of diseases. In 1900, there was a bubonic plague outbreak in San Francisco. A doctor first identified the disease in a resident of Chinatown, which led to the quarantining of Chinese Americans and immigrants in the district. Yet tellingly, no one quarantined white people who had recently been to Chinatown, says Nayan Shah, a professor of American studies and ethnicity and history at the University of Southern California-Dornsife and author of Contagious Divides: Epidemics and Race in San Francisco’s Chinatown. Some people, including the governor of California, didn’t really think white people could even get the bubonic plague. That year, the Surgeon General Walter Wyman described it as an “Oriental disease, peculiar to rice eaters.”

These discriminatory views and actions hurt the Chinese community and failed to stop the spread of the disease. Shah says the plague “was probably spreading to lots of different people all over the city and around San Francisco; it’s just that certain deaths were thought of as being bubonic plague.” In other words, white people may have been less likely to think white deaths could have been caused by the plague, and therefore less likely to identify white plague victims. (This was also complicated by the fact that the city and the state of California were actively covering up the outbreak.)

This biased way of associating immigrants with disease continued throughout the 20th century. A 1957-58 flu pandemic that was first identified in China became known as the “Asian flu,” and a 1968-1969 flu pandemic first identified in Hong Kong became known as the “Hong Kong flu.” Yet the 2009-2010 H1N1 flu that the CDC says was first recorded in the U.S. didn’t become the “American flu.” Instead, it gained the misleading name “swine flu” because scientists at first thought it was similar to viruses that occur in North American pigs, although further testing has complicated this theory. Much of the media coverage around this flu emphasized that it may have come from Mexico, which had by then become the focus of American immigration anxiety.

In fact, many Americans still seem to think of H1N1 as a foreign virus. On Wednesday, Republican Senator John Cornyn falsely claimed China was the source of “swine flu.”

This type of conflation not only encourages racist harassment of people perceived to be linked to disease, experts say, it also gives people who buy into it a false sense that they are safe if they are not part of the group in question, putting everyone’s health at risk.

“Research shows that when ordinary citizens see a disease threat as foreign, it can lead those ordinary citizens to not take action,” Dionne says. “So if someone sees this as a quote ‘Chinese’ virus, they might not be as likely to take up important hygiene behaviors like handwashing or social distancing.”

Shah thinks it’s particularly interesting that Trump and many of his allies are doubling down on COVID-19 as the “Chinese virus” at a moment when the disease is a global pandemic unconfined to any one region. Fear, he says, may be linked to a desire to fix the blame on someone else. That’s a repeating pattern in U.S. history—and so is the damage it can cause. 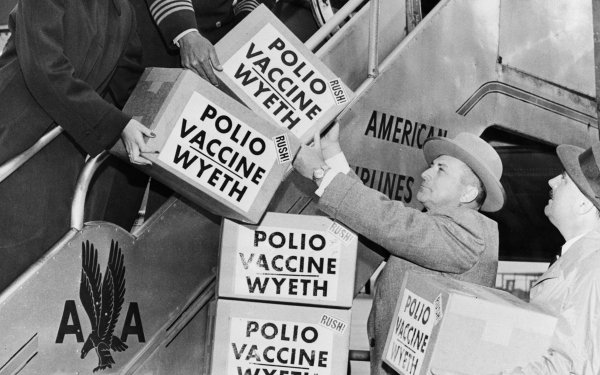