Could the Coronavirus Topple Nicolas Maduro's Regime in Venezuela?

The new coronavirus pandemic is a crisis for all countries. But in Venezuela, it could be a catastrophe.

COVID-19’s arrival in Venezuela, with 42 cases reported since March 14, comes six years into one of the worst economic collapses in modern history. The economy has contracted by more than 65% since 2013. One in three Venezuelans don’t have enough food to meet nutritional requirements. Doctors in the country’s crippled health system lack basic supplies like gloves and running water. As a result of all this, experts say the death rate in Venezuela will likely be far higher than the estimated global average of 3%.

To make matters worse, an oil price war and fears of a global recession have this week driven the price of oil – which makes up 98% of Venezuela’s export earnings – to an 18 year-low of $24 per barrel, less than half of what it was in February.

The situation poses an “unprecedented challenge” for Nicolás Maduro, the authoritarian leader who has clung to power since 2014, says Diego Moya Ocampos, principal Americas analyst at risk consultancy IHS Markit.

Maduro has cemented his position over the last year, using the security forces’ unwavering support to see off a challenge from Juan Guaidó, the parliamentary leader whom 50 mostly western countries recognized as Venezuela’s rightful president in early 2019.

The man who currently occupies the presidential palace is scrambling to respond to the new crises. As the number of confirmed COVID-19 cases topped 30 on March 16, he ordered a nationwide quarantine to stop the spread. The following day, in a shock move, he appealed for a $5 billion loan from the International Monetary Fund, an institution his Socialist party has long railed against. The IMF quickly declined, saying there is “no clarity on [international] recognition” of Maduro’s regime.

The next few weeks and months will likely be a volatile time for Venezuela. Will the humanitarian crisis push the country further down the path to becoming a failed state? Or might it finally topple the Maduro regime?

Here’s what to know about how coronavirus could impact the country and its leadership:

Why are doctors worried about the coronavirus in Venezuela?

Because both the spread and the mortality rate of the coronavirus are likely to be worse in Venezuela than elsewhere, according to Kathleen Page, a professor of medicine specializing in infectious disease at Johns Hopkins University in Baltimore and Latin America director at the Johns Hopkins Center for Clinical Global Health Education.

Though Maduro has imposed a quarantine earlier on in its outbreak than European countries, Page says she’s not sure it will be successful. “Even with an authoritarian government, there’s only so much order they can impose in a place like Venezuela where – unlike in China’s lockdown – people can’t survive that long in their homes,” she says. Local media have reported people, including the elderly who are at higher risk from the virus, breaking quarantine to work or get food. “Maduro doesn’t deliver food to my house,” a 68 year-old told news site cronica.uno

The gradual collapse of Venezuela’s water system, which has left many homes without running water, in particular poses a huge threat to its ability to contain the coronavirus. People will be forced to leave home regularly to get water, possibly congregating at water trucks or stores. The lack of water access will also hasten the spread of the disease by leaving people less able to regularly wash their hands, which health officials say is a key line of defense against the virus.

Once people are sick, hospitals may not be able to do that much to help, because the cash-strapped health system is suffering severe shortages of even basic supplies. Already, a lack of vaccines has led to the resurgence of preventable diseases like malaria and measles. Where the U.S. and other developed countries are concerned about a possible shortage of ventilators, needed to treat severe cases of COVID-19, two thirds of Venezuelan doctors say they do not have gloves, soap, masks, goggles or scrubs, according to local NGO Medicos Unidos. Only a quarter have reliable running water.

“For those who are critically ill, it’s hard for me to imagine, given the current situation, that going to hospital will make it any better,” Page says. “I fear that Venezuela is going to have one of the highest mortality in the world from this disease.”

Fears over Venezuela’s vulnerability to COVID-19 could prompt a new wave of people attempting to flee the country – following almost 4.5 million who have done so since 2015. They will face new obstacles. Both Colombia and Brazil have closed their borders with Venezuela to people in an attempt to slow the spread of the virus.

Is Venezuela’s economy prepared for the coronavirus and an oil price drop?

No. An economic crisis, powered by mismanagement, corruption, previous oil price declines and the impact of U.S. sanction, has already left Venezuela’s economy in tatters. Annual revenue from tax has fallen below $2 billion. While the country has the world’s largest proven oil reserves, the last year has seen the “implosion” of its oil sector, says Raul Gallegos, director for the Andean region at Control Risks and author of Crude Nation: How Oil Riches Ruined Venezuela. Graft and mismanagement are largely to blame for a 70% decline in production to around 700,000 barrels of oil per day

Maduro has managed to stem some of the damage with a series of pragmatic moves. In 2019 he relaxed currency controls and restrictions on imports, breathing some life into the economy. That has increased living standards for the elite who can access U.S. dollars in places like the capital, Caracas. In the oil sector, the regime has stabilized decline by tacitly ceding greater operating control to foreign companies, including Chevron as well as Chinese and Russian entities.

But the new shocks of COVID-19 and the oil price drop will likely put a stop to those limited improvements. The economy had been set to contract by around 13% in 2020, according to forecasts by Oxford Economics, compared to a 40% contraction in 2019. “It would not be surprising if we were reaching those levels again this year,” Gallegos says. “It’s certainly going to be rough.”

What will that mean for the Maduro regime?

For Gallegos, the most likely outcome of this crisis will be a crackdown on dissent by security forces. Quarantine measures may become a justification to prevent people from gathering for anti-government protest. On March 19, the national guard placed a doctor who spoke out about the poor conditions in his hospital under house arrest, accusing him of inciting “hate and anxiety” among the community. “The government will gain a new level of control under this crisis,” Gallegos says, “The freedoms that the Venezuelan people lose, they’re not going to get back in the short term.”

In another sense, though, Maduro’s regime will likely give up some of its control of Venezuela. According to investigators at Insight Crime, organized crime groups have grown at an exponential rate in recent years. The embattled government has allowed illicit industries including drug trafficking and illegal gold mining to thrive in order to buy support among the elite and institutions including the military.

The more pressure the government is under – as oil revenues dry up and social crises grow –, the more powerful the gangs and Colombian rebel groups that run those illicit activities become, security analysts say. Non-state groups even exercise territorial control in some parts of the country.

Is there any chance of a return to democracy?

It’s unlikely. The support of Venezuela’s powerful military has been crucial to Maduro’s survival in office amid his country’s downfall. Analysts and the opposition say the upper ranks benefit from a vast network of corruption that works to bolster the status quo. As long as that support continues, Maduro will remain in power, even as his operational grip on his territory and the oil industry unravels.

But things are shifting fast — and it’s possible Maduro might yet lose the military’s support, according to Moya-Ocampos, the risk analyst. Maduro’s unsuccessful appeal to the IMF suggests that China and Russia, his main international backers, are privately also refusing to give significant aid, he says. “It will have signaled to the military that there is no finance coming in internationally without the opposition at the table.” If they stage a takeover, it would give opposition leader and would-be interim president Juan Guaido his long-desired window of opportunity to make the case for fresh elections.

For the military to take such action, though, would require a “trigger,” – and it will likely be nothing to celebrate. “We’re talking about massive casualties from the coronavirus, the collapse of the health system, and a surge in civil unrest in the form of looting,” Moya-Ocampos says. “If the military act, it will not be driven by altruistic efforts to restore democracy. It will be a matter of survival.” 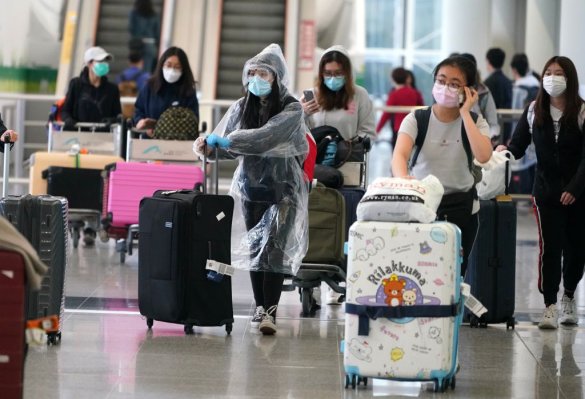