People wait in line for help with unemployment benefits at the One-Stop Career Center on March 17, 2020, in Las Vegas.
John Locher—AP
Ideas

We are in the middle of two of the most important races of our lifetimes: the pursuit of a vaccine to end the coronavirus pandemic and the development of emergency measures to avoid a second Great Depression. Congress has begun work to support health care providers and to fund research to find a vaccine, and more must be done. Simultaneously, we must do everything possible to stave off what could become the greatest economic calamity in our country’s history.

Given Treasury Secretary Mnuchin’s private warning that the unemployment rate could skyrocket to 20 percent, it is clear the scale of the crisis demands an historically aggressive response. Fortunately, there is an emerging consensus that direct cash payments need to be a part of the solution to this historic economic crisis. Across the political spectrum from Bernie Sanders to Tom Cotton, cash is being talked about as a critical element of any relief plan.

But the Trump White House and many Senate Republicans are focused on a set of incremental, up-front payments rather than the bigger, lasting, and targeted payments that would be most powerful and effective. The Trump Administration’s current proposal, to send two $1,000 checks, to most Americans, is not enough. At a moment when tens of millions of workers stand to lose all their income, we must think bigger.

Senate Democrats, led by Cory Booker, Sherrod Brown, and Michael Bennet, have a much stronger proposal. This approach, partially based on a proposal by the non-profit I co-run, the Economic Security Project, provides for initial direct cash payments of $2,000 per person for every adult and child in families making up to $180,000, beginning in April. We have been working with some of these senators’ offices on direct cash policies for years, and believe we are facing an unprecedented opportunity to offer critical financial relief by deploying these plans during this crisis

But most importantly, payments would reoccur until the economic downturn is over. For instance, a family of four would receive $8,000 immediately, with additional $1,000 quarterly payments to follow. If three quarterly payments follow the initial payment, as it seems reasonable to expect, a family of four would receive a total of $20,000 under this proposal.

There is little chance that this disruption will end in just a few weeks or a couple of months. Public health experts, including those behind the Imperial College study, have made clear that Americans should expect overburdened hospitals for months to come, requiring some forms of social distancing to last well into the fall. If Congress makes the mistake of implementing a one-time cash infusion, legislators will need to return to D.C. and hole up in a crowded Capitol to extend them. There are very real public health justifications for providing ongoing, lasting support now in order to ensure the health and safety of all — including those in government.

Using tax returns filed in previous years, the IRS already has all of the information to calculate and distribute the payments to all taxpayers. Payments should also be sent to those who have not filed taxes but are known to be eligible based on their enrollment in Social Security, SSI, and VA benefits.

For Americans who have not recently filed taxes, Congress should require the IRS to create a short and simple form, which could be filled out on paper or online, that would act as an amended or original tax year 2018 return for the purposes of receiving this payment.

Once the economy regains the previous 10-year average employment rate, these payments could be reduced. But, and this is key if we wish to have lasting security, Congress should make clear in the legislation that the payments regain this level when we fall back in a recession, to ensure we don’t repeat the mistakes of the 2008 Great Recession that led to enduring financial hardship for millions of Americans.

This kind of massive cash infusion must be passed alongside similar structural reforms. The federal government should focus on increasing hospital and health care capacity to cope with the crisis. The federal government should take on states’ Medicaid costs for a year, as Josh Bivens at the Economic Policy Institute has suggested. Evictions, foreclosures, and utility shut-offs should be halted until the crisis ends. We need to boost and extend unemployment insurance benefits. And small businesses need access to no-interest loans to help them make their own payroll commitments and overhead costs.

With timely, aggressive action, the U.S. government will be able to use its unique and incredible power to save lives and stabilize the economy. 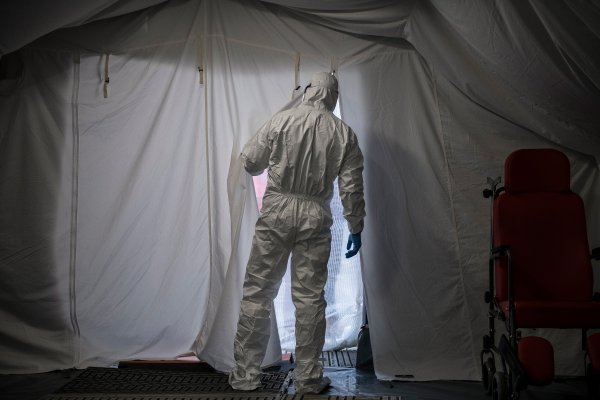 How TIME Plans to Cover COVID-19
Next Up: Editor's Pick