With the rapid global spread of COVID-19, late night hosts are doing their part to make sure that risks that the global coronavirus pandemic are reduced. For Stephen Colbert and Trevor Noah that doesn’t mean a day off, but rather fulfilling their late night hosting duties while practicing social distancing and self-quarantine.

Colbert checked in with his audience on the second day of his quarantined show, where he appeared by a fire pit at house that was “live from a safe distance;” giving them a show that may have had a new location, but was not lacking in heart — bandleader Jon Batiste even played the show’s theme from a piano at home.

Meanwhile, Trevor Noah checked in with The Daily Show with Trevor Noah from the balcony of his apartment. Seemingly inspired by Italian citizens who sang to each other from their balconies while quarantined, Noah tries to spread positivity by singing a rendition of “A Whole New World,” but unfortunately for him, his neighbors were not as welcoming as the Italians.

While the world can feel like an uncertain place at the moment, there’s comfort in knowing that even when they’re signing on from a different location, we can still count on Colbert and Noah to bring the laughs. 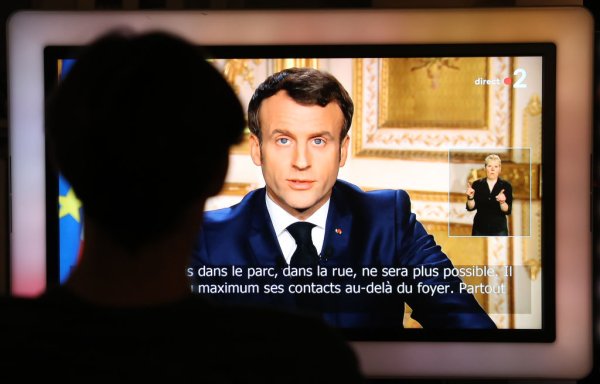 'Nobody Wants to Be Alone.' Video Chat Is Having a Moment as Millions Are Isolated
Next Up: Editor's Pick