(Bloomberg) — Apple unveiled a new version of its iPad Pro that supports laptop-like trackpads as a new means of controlling the tablet, as well as upgraded cameras and microphones.

The company has also released a new MacBook Air model, with faster performance, a new keyboard, twice the storage capacity and a lower price, Cupertino, California-based Apple said in a statement on Wednesday.

With the new iPad, Apple is further blurring the lines between a tablet computer, which is typically a touchscreen device, and a laptop, usually controlled with a keyboard and mouse or trackpad.

“We carefully considered the best way to integrate trackpad use into a touch-first environment while retaining everything our customers know and love about iPad,” Craig Federighi, Apple’s senior vice president of Software Engineering, said in a statement.

Other new features include a rear-facing 3D camera that lets the iPad measure the distance between itself and objects as far as 5 meters (16.4 feet) away, to be used with augmented-reality applications. The tablet also has two wide-angle lenses for taking pictures. Earlier models had only one camera.

The new iPad Pro and MacBook Air are available to order from Apple’s website. 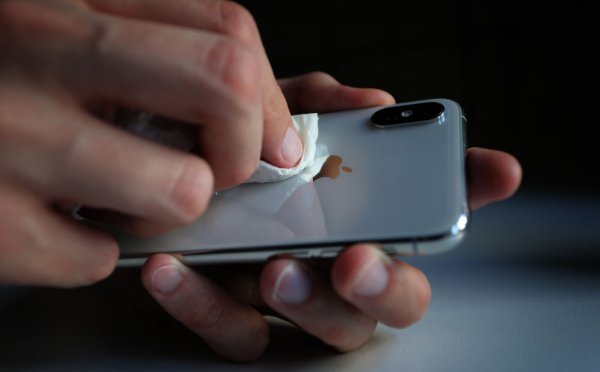 Here's How to Keep Your Phone Clean — But Keep Washing Your Hands, Too
Next Up: Editor's Pick