'There's Nothing Set Up for Any of Us.' Independent Artists Face Uncertain Futures as Coronavirus Leads to Canceled Events

Despite being canceled due to fears of the Coronavirus, South By Southwest banners still decorate the streets.
Gary Miller—Getty Images
By Mahita Gajanan

Jake Blount isn’t sure if he’ll make rent next month.

A Rhode Island-based musician who earns money through a combination of tours and teaching, Blount is one of several independent artists across multiple disciplines whose careers have been set back by widespread event cancellations due to the COVID-19 pandemic. Earlier in March, the banjo and fiddle player was en route to the airport to travel to a music festival in Norway when he got word that it was canceled because of the coronavirus—the first of many gigs planned through June 2020 that he would see called off or delayed. So far, Blount says he’s lost between $3,000 and $4,000 in missed paychecks.

“It’s going to be a difficult few weeks as I figure out how to pay for all these things,” Blount tells TIME, citing upcoming tax payments among his primary concerns. “I am definitely a little bit on edge.”

To build a slight monetary cushion, Blount is teaching extra music lessons as he figures out whether to cancel or delay an upcoming tour for his new album due in May. “Right now, I have all the time in the world,” he says. “I want to take this time to be creative and think about what I want to experiment with musically.”

Many artists are facing similarly precarious futures as the coronavirus pandemic causes the postponement or cancellation of concert tours, book festivals and major events like South by Southwest (SXSW) and Coachella, along with the closure of movie theaters and independent bookstores. From musicians to filmmakers to writers, working artists are growing increasingly unsure of where they’ll be able to share and sell their work as COVID-19 continues to sweep the globe.

The cancelation of the Austin, Tex. tech, music and film festival SXSW, originally set to take place from March 13 to March 22, has thrown filmmaker Noah Hutton’s first feature into uncertainty. Hutton planned to premiere his sci-fi debut, Lapsis, at SXSW in hopes of generating media buzz and, eventually, landing a distributor to buy the film.

“We were crushed by the cancellation,” Hutton tells TIME. “But you get accustomed to crazy things happening when making a low-budget film. Now the question is, how can we continue on and get this film out into the world?”

The filmmaker Jeremy Hersh is in a similar situation—scheduled to premiere his first feature, a queer drama called The Surrogate, at SXSW, the director is hoping to instead garner attention for the film by having critics screen it themselves and write reviews. Some publications have already reviewed the film, and though Hersh has not yet heard from any distributors, knowing that people have watched the movie helps him “remain hopeful as ever.” “It’s helping my mood,” he says.

While both Hutton and Hersh have the option of releasing their films online for viewers, putting them out for free would prevent the directors from being able to sell their movies and show them in theaters. Streaming platforms like Netflix or Hulu stepping up to buy the movies would be a huge help, both say.

“It is unprecedented, what’s going on,” Hutton says. “I hope there’s a way one of these platforms can look at these films, including ours, and enter this space in a way they might not usually do.”

Other artists are using their unique skills to drum up business and connect with others where they can—both to keep earning money and to stay active as people everywhere self-isolate to help curb the spread of the coronavirus.

The writer Bonnie Tsui, whose nonfiction book Why We Swim is due out on April 14, will not be able to celebrate and promote her work on the national tour she had previously planned. The financial implications of the canceled events are not yet clear to Tsui. To combat the stress of uncertain times, Tsui is hosting regular “virtual community swims,” in which she invites other writers, swimmers and those she calls “water people” to gather online and talk about swimming and writing. The approach allows her to continue engaging with an audience about her book, while staying inside during the outbreak.

“It’s like having pen pals,” she says. “I talk to illustrators, writers, journalists and athletes. It breathes a different kind of life into the book.”

When the hardcore Pittsburgh-based band Code Orange realized their record release show for their new LP Underneath would have to be canceled, the group quickly shifted tactics and livestreamed the concert from the Roxian Theater over Twitch. The visually driven show, which featured several videos that used CGI, drew nearly 13,000 viewers at its peak. Code Orange streamed the show for free. To somewhat offset the loss the band incurred by having to cancel its live show, Code Orange sold merchandise online and posted a link to its PayPal account so people could donate money, lead singer Jami Morgan tells TIME.

Like many who currently depend on paid gigs to make a living, Code Orange will postpone its planned tour in support of the new album. The livestream, which broadcast on March 14, was an inventive way for the band to cope with having “no clue” what the coming weeks and months will look like, Morgan says.

“It’s tough for artists. There’s nothing set up for any of us. The people who run this world don’t seem to have cared enough to prepare all of us for this situation,” Morgan says. “But we are creative people, we are resourceful, we have a strong backbone of art. That’s going to carry us.” 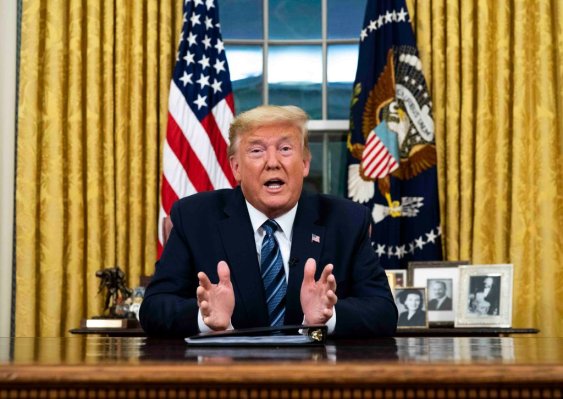 COVID-19 Leads to Paid Leave—But Millions Won't Be Eligible
Next Up: Editor's Pick