Toilet paper isn’t the only item that shoppers are stocking up on during the coronavirus pandemic.

Maple syrup buyers such as supermarkets are requesting rush shipments of their orders from Quebec, the world’s largest producer. The accelerated delivery is being fueled by concerns that shipping could become difficult in the coming months, said Daniel Dufour, head of the Maple Industry Council.

“We don’t know what’s going to be the situation in two, three, four months from now,” Dufour said by phone from Quebec City. “They want us to rush now, ship faster.”

The U.S. is the biggest buyer of syrup, followed by Germany and Japan, he said.

Canada’s maple syrup is sold as a pure ingredient for use at home and in restaurants and in other food products, such as maple butter and maple smoked bacon.

The good news for pancake lovers is that there’s no shortage of syrup. The Federation of Quebec Maple Syrup Producers has a strategic reserve filled with 100 million pounds of syrup in case of a shortfall. 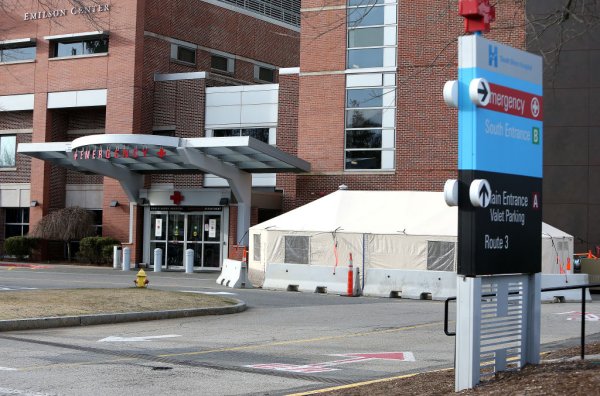 Hospitals Worry About Shortages Amid Coronavirus
Next Up: Editor's Pick