On the morning of March 10, Father Andrea Vena erected the statue of the Madonna on a three-wheeled car and set off to serve his community. This was the day before the Italian government ordered a harsher national lockdown, and some people in Father Vena’s parish of Bibione were out buying groceries at the farmers’ market before it closed.

Standing next to the statue, Father Vena grabbed the microphone and recited his prayers through a loudspeaker, stopping every now and then to sprinkle holy water on passers-by and distribute images of saints known as “santini”. His prayers were addressed mainly to the elderly, the sick and tour operators, among the most affected by this outbreak. “Every year we have millions of tourists, with just 2,500 inhabitants,” he says of his seaside village not far from Venice. “Tourism is everything for our economy.”

Father Vena is one of the many Italian priests who accepted Pope Francis’ invitation to go and reach out to people in need, even at a time when the general imperative is to stay at home. “Doctors and nurses stay close to the sick and priests must have the same courage,” Father Vena says. Wearing a mask and latex gloves, this week he plans to bring the Eucharist to the homes of those who wish to receive it.

As Italy remains on lockdown until at least April 3, priests across this overwhelmingly Catholic country are being forced to look for alternative ways to minister to their flocks. Even the public mass, the most solemn rite in the church’s liturgy, has been banned along with other public gatherings. Instead, many priests are turning to the virtual world to bring people closer to God.

Father Andrea Vena offers the Madonna's blessing on his three-wheeled vehicle on March 10 in Bibione, Italy

A proliferation of prayer chains are being organized on WhatsApp or websites—such as the new Corona(Anti)Virus for 24-hour rosary recitation—and in addition many priests are now streaming masses on YouTube channels or Facebook. One priest of a small town in Brianza, one of the areas most affected by the new coronavirus, even asked his worshippers to email him selfies or other pictures of themselves, so that he could print them out, stick them on the pews and not feel alone in his church while conducting a mass. He got hundreds of images and ran out of toner for his printer.

“We are witnessing a new form of popular devotion that might recall the times of the great revolutions in the Church,” says Father Paolo Benanti, a Franciscan and professor of Ethics of Technology at the Pontifical Gregorian University of Rome. He compared the movement to the Mendicant orders in the 13th century from which the Dominicans and the Franciscans emerged. “Only today the space for change is not the piazzas, but the whole digital sphere.”`

Although the Vatican has not made any specific recommendation about online worship, Pope Francis on Sunday thanked the priests who are demonstrating great “creativity” to remain close to their communities during the emergency. He did so during his weekly Angelus service, which itself was livestreamed on the Vatican’s website.

Father Andrea, who offers the Madonna’s blessing on his three-wheeled vehicle, also celebrates mass live on Facebook, as well as on a local television channel. He says it has helped keep his community engaged with the church, and each other. “Last Sunday’s mass was followed by more than 6,000 people, yesterday’s already by more than 2,000” he says. “Right now, without the social media, we’d be much more isolated,” he adds.

Father Luca Peyron does not think much of this. He is the author of the book “Incarnazione digitale” (Digital Incarnation) and professor of Theology of Innovation at the Catholic University of Milan and the University of Turin. “I believe that broadcasting the mass on social media is a mistake,” he says. “There has not yet been a deep common reflection on the relationship between spirituality and the virtual world, and now many people are improvising, but there is a risk of never going back,” he explains.

I meet Father Luca on Saturday in his church in Turin, which remains open for those who want to pray or confess — at a safe distance, of course. He is far from a Luddite — his Lenten sermon that Friday evening was broadcast by the YouTube channel of a parish in Legnano, a municipality close to Milan, one of the areas most affected by the new coronavirus.

But while “sermons are one thing, the holy mass is another,” Father Luca says. “The risk of the virtual world is that instead of using technology, a person may identify with it and feel like God, rather than getting closer to God.” His fear is that, like those working from home who develop a taste for it, worshippers will begin to demand more and more masses online because it is convenient.

Since 1954, Italian public television has been broadcasting the Sunday morning mass for those who cannot leave their homes due to illness or age. Father Luca insists this must remain the exception. “Now that public masses are forbidden, it’s better to pray with your relatives at home rather than follow them online,” he says.

Even so, many in Italy find solace in the rituals of the mass even when they are following it on a computer screen or cellphone. Chiara Canonici, who usually works in the bookshop of the Salesian congregation in Turin, says she has been following the mass via Facebook for the past two weeks. “Even though the content remains available online, I follow it live. I consider it an appointment that I must keep on time,” she explains.

About ten minutes before it begins, she sits on the carpet in her home and logs in, beginning to prepare herself spiritually. “Obviously it’s not the same thing and I feel a bit lonely, but on Facebook you can see the names of those who join in… Simone is connected, Letizia is connected,” she says. “It makes me feel a bit like when in the church I turn around and see familiar faces among the pews.” 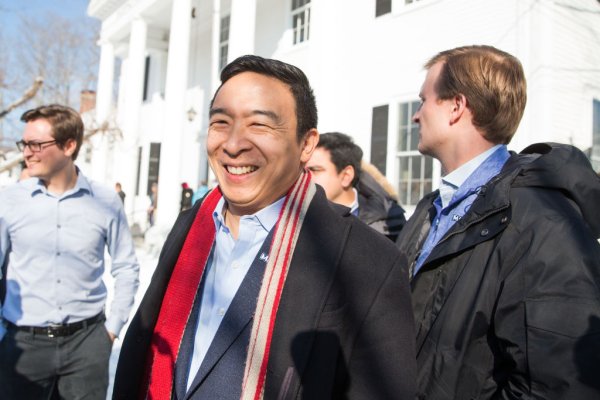