Archaeologists Have Spent More Than a Century Hunting for Answers About Biblical Armageddon. Finding Them Is Complicated

Finding places mentioned in the Bible is not always easy; disputed claims can rage for decades over the proposed identification of an ancient site. Such attempts to locate biblical sites in the “modern” era can be traced back to at least 1838, when Edward Robinson, a professor and American minister from Union Theological Seminary in New York City, joined forces with a Yale-educated missionary colleague named Eli Smith. Robinson and Smith traveled throughout the “Holy Land,” identifying dozens of biblical sites to their satisfaction, based on similarities between modern village names and ancient places. Perhaps surprisingly, a number of their identifications have turned out to be correct, though not all. And they had some rather spectacular failures along the way.

For instance, at one point, while traveling in the Jezreel Valley of what is now the modern state of Israel, they stood on top of a tall mound known in Arabic as Tell el-Mutesellim — “the Hill of the Governor.” Robinson was certain that the famous ancient site of Megiddo — biblical Armageddon of the New Testament, where the penultimate battle between good and evil is to be fought — lay somewhere in the vicinity of the mound. However, he didn’t realize that he was actually standing right on top of Megiddo at that very moment. In fact, he dismissed the Tell el-Mutesellim mound as a possibility, stating that it “would indeed present a splendid site for a city; but there is no trace, of any kind, to show that a city ever stood there.” He could perhaps be forgiven, for neither he nor Smith realized at the time that the prominent mounds dotting the landscapes through which they were traveling were actually ancient sites, but he did the same thing at both ancient Jericho and Lachish as well.

Thirty-five years after Robinson and Smith, Lieutenants Claude R. Conder and Horatio H. Kitchener, who were surveying the western Galilee on behalf of the Palestine Exploration Fund (PEF), also stood on top of Tell el-Mutesellim. This time, though, they did notice traces of ancient remains. The upper parts of the mound were covered with thorns or cultivated, but under the vegetation lay “a city long since completely ruined.” Everywhere they looked, there were foundations of buildings and broken pieces of pottery. Nevertheless, like Robinson and Smith, they still didn’t identify Tell el-Mutesellim as Megiddo.

The debate over the location of biblical Megiddo continued for another two decades, until the Scottish theologian George Adam Smith convincingly showed that Megiddo and Tell el-Mutesellim were one and the same. He did so by using both direct and indirect evidence, including connecting biblical passages to geographical locations and documenting mentions within Egyptian inscriptions. His 1896 book, The Historical Geography of the Holy Land, was a landmark publication in all senses of the word. By the time Gottlieb Schumacher began the first excavations at the site, in 1903, it was clear to all that he was digging at Megiddo.

However, even when we know where a site is, identifying and dating a particular level within an ancient mound that had multiple inhabitation periods, built one on top of another, can often be very difficult. At Megiddo, for example, we have had great difficulty linking a specific stratigraphic layer to King Solomon’s building activities, despite the fact that the biblical account says specifically “And this is the account of the forced labor which King Solomon levied to build the house of the lord and his own house and the Millo and the wall of Jerusalem and Hazor and Megiddo and Gezer” (1 Kings 9:15).

In 1928, a team that had been sent from the Oriental Institute at the University of Chicago to conduct the second set of excavations at the site thought that they had found stables that could be attributed to Solomon. The news made headlines around the world at the time, including in the New York Times, but the stables have subsequently been redated to at least a century or more later; i.e., the time of either Omri and Ahab or even Jereboam II. Since then, at least three other levels at the site have been tentatively called “Solomonic Megiddo” by one archaeological team or another, only to have the identification disputed and debated each time. In fact, despite the best efforts of the four different expeditions which have excavated at the site over the course of the past century, there is still no definitive evidence for Solomon’s presence at Megiddo. The one thing that we can all agree upon is that Solomonic Megiddo has been extremely difficult to find; we may never have a definitive identification.

And yet, even with all that digging, we have still only excavated less than a quarter of what remains at this ancient site of Armageddon and have plumbed its depths down to bedrock in only one area. Much still remains to be discovered. So, perhaps the question of Solomon’s Megiddo will eventually be resolved by the current Tel Aviv Expedition or by a future archaeological expedition, whenever that occurs. Or perhaps it is destined never to be answered. We now know that we cannot place such demands on archaeology; we can only interpret what we happen to uncover, to the best of our abilities.

Excerpted from DIGGING UP ARMAGEDDON: The Search for the Lost City of Solomon by Eric H. Cline. Copyright © 2020 by Princeton University Press. Reprinted by permission. 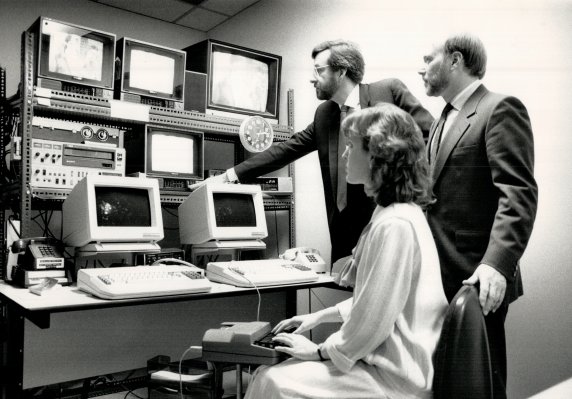 How Deaf Advocates Won the Battle for Closed Captioning
Next Up: Editor's Pick