The 'Exhausted Majority' Wakes Up for Joe Biden

Democratic presidential candidate former Vice President Joe Biden, accompanied by his wife Jill arrives to speak to members of the press at the National Constitution Center in Philadelphia, on March 10, 2020.
Matt Rourke—AP
Ideas
By David French
French is a senior editor at The Dispatch and a columnist for Time. His new book is Divided We Fall: America's Secession Threat and How to Restore Our Nation. He is a former major in the United States Army Reserve.

As recently as two weeks ago it looked like American politics had settled into a divisive new reality. The aggressive ideological wings so dominated the two political parties that they guaranteed that the general election contest would be between two most polarizing candidates, Donald Trump and Bernie Sanders. The battle would be fought between one of the more aggressive and cruel personalities in recent political history and the politician who seeks to remake the American economy more than any president since Franklin D. Roosevelt.

This is the future one feared after reading one most intriguing and insightful modern studies of the American voting public – the More in Common’s study of America’s “hidden tribes.” Rather than merely asking voters if they were Democratic, Republican, or Independent – or if they were conservative, liberal, or moderate – it dug deeper. It discerned a total of seven distinct political divisions (“tribes) in the United States. Our nation is comprised of progressive activists, traditional liberals, passive liberals, the politically disengaged, moderates, traditional conservatives, and devoted conservatives.

But if there were so many different shades of gray, why does America feel so polarized? Because the three “wings” – progressive activists, devoted conservatives, and traditional conservatives – tend to dominate political discourse. Together they comprise 33 percent of the electorate, with the two extremes (progressive activists at 8 percent and traditional conservatives at 6 percent) more than twice as likely to view politics as a hobby than the rest of America. Politically, they punch well above their numerical weight.

What about the rest of America? It was the “exhausted majority” – those Americans who are “fed up with the polarization plaguing American government and society.” Moreover, that exhausted majority was concentrated on the center and center left – the 26 percent of Americans who were traditional or passive liberals, and the 15 percent of moderates. Thus, if the exhausted majority was going to show itself, it would first show itself in the Democratic primary. The question was whether the key word in that description was “exhausted” or “majority.”

If the center-left majority was too exhausted, then the energized wings would dominate both parties. There is in the Trump era no distinct or potent center-right. And if the progressive minority turned out in sufficient numbers (and the moderates stayed home), then America would face an election featuring its most divisive political personalities.

With the sudden and decisive rise of Joe Biden – a man who is putting a fight for the “soul of America” front and center in his campaign and has frequently touted his desire (and ability) to reach across the aisle – has answered the question, at least for Democrats. The majority is less exhausted than it might appear. The energy of the progressive activists simply can’t overcome the sheer numbers of the suburban and African-American voters who are demonstrably more moderate than the disproportionately white progressive base.

Despite his lopsided defeats, Bernie Sanders is fighting on, but barring truly unexpected developments, the race is over. That leaves 2020 as one of the more fascinating races since World War II. Trump will wrap his arms around his base with the same intensity that he hugs the flag at CPAC. Biden will aggressively court the same suburban moderates who gave the House to the Democrats in 2018.

If Trump wins again, the activist conventional wisdom will harden. Moves to the center are foolish. Courting moderates is the path to defeat. To paraphrase Meghan Trainor, it’s all about that base. Democratic activists will scorn their defeated candidates with much the same intensity that Trumpist Republicans loathe John McCain and Mitt Romney. They’ll be deemed relics of a naïve past that wrongly believed that there existed a persuadable middle. The path to polarization will be complete.

A Biden victory, on the other hand, would likely send shock waves through a Republican Party that now views appeals to the center as evidence of weakness. It has interpreted the 2016 election – fought against one of the most disliked politicians in American history – not as an aberration, but rather as the new model for political engagement.

Republicans now believe that you can bury your political opponents in an avalanche of insults, and many are now rubbing their hands in glee at the thought of watching Trump attempt to humiliate and bully Joe Biden on live television in three presidential debates.

It’s a bit much to cast the 2020 election as a fight for the “soul” of America. A national soul is not fully revealed in its politics. But 2020 will determine – at least for a time – the nature and strategy of American political engagement. Trump has confidence that his wing is energized enough to give him four more years. Biden is betting that his majority isn’t too weary to win.

Correction, Mar. 11: The original version of this story misstated which organization was responsible for the “Hidden Tribes” study. It was More in Common, not One America Movement. 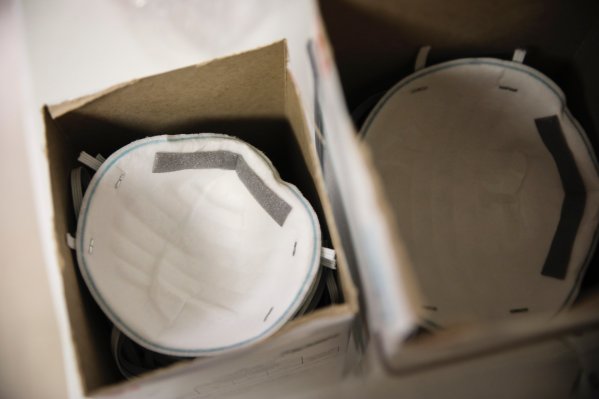 The Surprising Origins of the U.S. Strategic National Stockpile
Next Up: Editor's Pick