A Missouri judge has overturned an inmate’s 1997 convictions in a burglary and assault case after a battle championed by WNBA superstar Maya Moore.

Moore was in attendance at the courthouse Monday when Cole County Judge Dan Green announced his decision to overturn Jonathan Irons’ 50-year sentence. Moore quickly called Irons in prison to relay the happy news, according to the Jefferson City News-Tribune.

Moore told the Associated Press that Irons, who spent 23 years behind bars, was “over the moon praising hallelujahs and thanking the lords” after learning the news.

Irons has been incarcerated for 23 years for the burglary and assault of a man in his St. Louis home. The man was shot in the head during the incident, but survived. Irons was just 16 when he was arrested and although the man who was shot identified Irons as the perpetrator, there was no physical evidence that connected Irons to the case that was presented during his trial.

In January, Moore announced that she would miss her second straight WNBA season and would not participate in the 2020 Olympics to help Irons fight his case. Moore initially met Irons during a visit to the Jefferson City Correction Center in Missouri back in 2007. They have since become friends.

“It’s a surreal feeling, it hasn’t sunk in yet,” Moore told the AP of Monday’s decision. “It will when he walks out those doors. It’s like we got to the Final Four, but still have some work left to do. I have mixed emotions as I’m elated it happened but the decision could have been made so much faster.”

Prosecutors in St. Louis have 30 days to retry Irons on the charges. The Missouri Attorney General’s Office could also take the case to the Western District Court of Appeals in Kansas City, the News-Tribune reports.

The Missouri Attorney General’s Office did not immediately respond to TIME’s request for comment, but a spokesman for the office told the News-Tribune that the office was reviewing the judge’s decision.

Moore’s plans to sit out this season have not changed since the judge’s ruling, she told the AP.

“‘My decision to take another year was bigger than this case,” she said. “But obviously this case was in the forefront of my mind. I’m looking forward [to] when this is done to finally getting some rest and time with my family.” 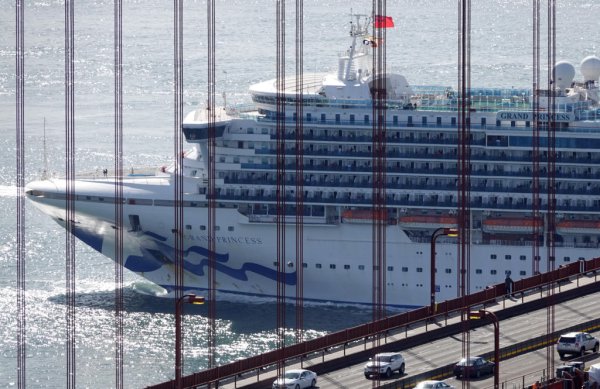 Couple on Grand Princess Sues The Company for $1 Million
Next Up: Editor's Pick