The Coachella Valley Music and Arts Festival organizers are aiming to delay the event in California after the confirmation of a coronavirus case prompted local health officials to declare a state of emergency. Pictured, the festival in 2017.
Christopher Polk—Getty Images
By Nick Turner and Lucas Shaw / Bloomberg

The Coachella Valley Music and Arts Festival organizers are aiming to delay the event in California after the confirmation of a coronavirus case prompted local health officials to declare a state of emergency, according to a person familiar with the matter.

Under the plan, Coachella — slated for April 10-12 and April 17-19 — would be rescheduled for October, according to the person, who asked not to be identified because the change hasn’t been made public yet.

Goldenvoice, which organizes the festival, didn’t immediately respond to requests for comment.

The move would attempt to preserve an event that’s become the world’s highest-grossing festival in recent years, generating more than $100 million annually, according to live-entertainment data provider Pollstar. This year’s lineup includes Rage Against the Machine, Travis Scott and Frank Ocean.

Earlier this week, BNP Paribas Open tennis-tournament organizers canceled that event, which would have gotten underway in the same vicinity this week. The tournament has drawn as many as 475,000 fans to the area, about 120 miles east of Los Angeles.

“There is too great a risk, at this time, to the public health of the Riverside County area in holding a large gathering of this size,” David Agus, professor of medicine and biomedical engineering at the University of Southern California, said in a statement after the tennis event was canceled. “It is not in the public interest of fans, players and neighboring areas for this tournament to proceed. We all have to join together to protect the community from the coronavirus outbreak.”

Last week, organizers of South by Southwest canceled the celebration of technology, arts and music in Austin, Texas, citing concerns from city officials about the continuing spread of the coronavirus.

The concert series became so successful that Goldenvoice, part of Anschutz Entertainment Group Inc., added a country-music festival at the site, Stagecoach. 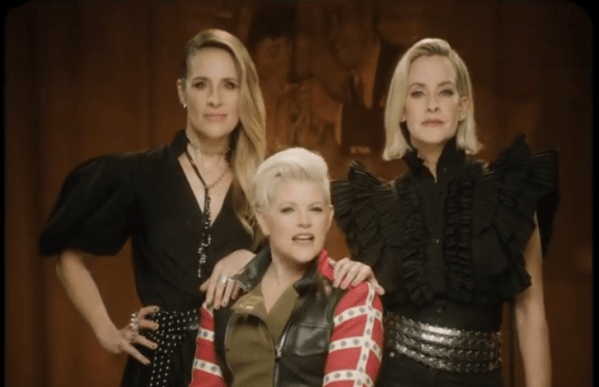 The Best Songs of the Week, From the Dixie Chicks to Bad Bunny
Next Up: Editor's Pick