The Trump Administration Is Stalling an Intel Report That Warns the U.S. Isn’t Ready for a Global Pandemic

An annual intelligence report that has been postponed without explanation by President Donald Trump’s administration warns that the U.S. remains unprepared for a global pandemic, two senior government officials who have reviewed a draft of the report tell TIME.

The office of the Director of National Intelligence (DNI) was scheduled to deliver the Worldwide Threat Assessment to the House Intelligence Committee on Feb. 12 and the hearing has not been rescheduled, according to staffers and members of the House and Senate intelligence committees. The DNI’s office declined requests for a comment on the status of the report. Democratic staffers say they do not expect the report to be released any time soon.

The final draft of the report remains classified but the two officials who have read it say it contains warnings similar to those in the last installment, which was published on January 29, 2019. The 2019 report warns on page 29 that, “The United States will remain vulnerable to the next flu pandemic or large-scale outbreak of a contagious disease that could lead to massive rates of death and disability, severely affect the world economy, strain international resources, and increase calls on the United States for support.”

Sign up for our daily coronavirus newsletter by clicking here.

The 2019 warning was the third time in as many years that the nation’s intelligence experts said that a new strain of influenza could lead to a pandemic, and that the U.S. and the world were unprepared. “Although the international community has made tenuous improvements to global health security, these gains may be inadequate to address the challenge of what we anticipate will be more frequent outbreaks of infectious diseases because of rapid unplanned urbanization, prolonged humanitarian crises, human incursion into previously unsettled land, expansion of international travel and trade, and regional climate change,” the 2019 threat assessment warned.

Rather than acting on these recurrent warnings and bolstering America’s ability to respond to an outbreak, the Trump administration has instead cut back money and personnel from pandemic preparedness. In May 2018, Trump’s aides dismissed the National Security Council’s global health security staff and moved to cut its budget. The White House also cut the budgets of the Centers for Disease Control and the Department of Health and Human Services, and closed the federal government’s $30 million Complex Crises Fund.

The postponement of the threat assessment is a concern beyond what it says about the dangers of pandemics, administration critics say. As worrying as the current global outbreak of the coronavirus disease COVID-19 is, it is hardly the only threat the U.S. faces worldwide. Other dangers flagged in the 2020 report, according to the two sources, include Iran’s return to nuclear enrichment, North Korea’s accelerated launching of missiles and the increasingly urgent national security risks posed by climate change.

Preventing a public airing of these threats leaves the public ignorant of the dangers they face and unable to assess the performance of their elected officials, critics of the Trump administration action say. “The nature of the intelligence community means that most of their work is conducted in secret, and our hearings occur mostly behind closed doors,” says the top Democrat on the Senate Intelligence Committee, Mark Warner of Virginia. “The annual, public Worldwide Threats hearing serves several crucial purposes, most importantly allowing the American people to understand the multitude of threats our country faces and judge for themselves how our leaders are responding,” Warner says.

Acting Director of National Intelligence Joseph Maguire was scheduled to present the threat assessment in mid-February. President Trump has since dismissed Maguire over a disagreement regarding Russian meddling in the 2020 election, and replaced him temporarily with an outspoken political ally, Richard Grenell, who is currently serving as U.S. Ambassador to Germany. Trump has nominated Texas Rep. John Ratcliffe to replace Maguire as the new DNI. Confirmation by the Senate could take months, and may leave Grenell in charge beyond Election Day in November under Section 3346 of the Federal Vacancies Reform Act.

There is no legal requirement for the Director of National Intelligence to present the annual threat assessment to Congress or publish an unclassified version of it, although that has been the custom since 2006.

Beyond pandemic preparedness, there are several foreign and national security threats over which the consensus position of the intelligence community and the President conflict.

Trump continues to deny or downplay Russia’s efforts to interfere in U.S. elections through propaganda and disinformation promulgated on bogus social media accounts. The threat assessment has warned for years that “Russia poses a cyber espionage, influence and attack threat to the United States and our allies.”

Trump touts his diplomatic efforts with North Korean dictator Kim Jong-Un, but past intelligence assessments have been skeptical about their effectiveness. This year’s still-unpublished report echoes the 2019 assessments that North Korea “is unlikely to give up all its WMD stockpiles, delivery systems, and production capabilities” and that “North Korean leaders view nuclear arms as critical to regime survival,” according to a former official who was involved in preparing this year’s report.

U.S. intelligence officials say North Korea has not shut down all its nuclear and intercontinental ballistic missile test facilities, and that on Mar. 2, two days after the first anniversary of Trump’s failed summit meeting with Kim in Hanoi, North Korea fired what intelligence analysts think were two short-range ballistic missiles in the latest in a series of missile tests. On Mar. 8, Pyongyang fired three more.

Trump’s 2021 budget proposal would cut the budget of the National Oceanic and Atmospheric Agency by 31% and the Environmental Protection Agency budget by 37%.

In some areas, such as the growing importance of space to national security and the shrinking U.S. lead in developing artificial intelligence, 5G wireless networks, and advanced materials, administration initiatives have reflected the concerns in the annual intelligence assessments. The administration’s 2021 budget request, released Feb. 10, calls for large increases in support for research into AI and machine learning, for example.

Trump has taken action since the outbreak of COVID-19, on Mar. 6 signing a bill to fund an $8.3 billion response to the crisis.

Most Popular on TIME
1
Parisians Protest as Floyd Outrage Goes Global
2
What a U.S. Withdrawal From the WHO Actually Means
3
Obama Holds Town Hall Event as Nation Crisis 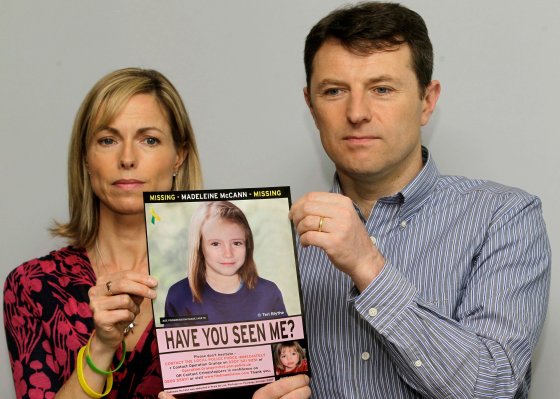