The New York City Police Department has launched an internal review after disturbing videos circulated online showing multiple officers arresting a man and aggressively bringing him down to the ground as he pleaded for them to “get off of me” and “help me.”

Twitter user Velvet, who took an initial video that has racked up at least 5.7 million views, tells TIME that she was walking home from the subway in Canarsie, Brooklyn, when she noticed two men who looked like they were in an “aggressive situation.” At first, she planned to avoid them, but when she saw one of them had a gun and realized he was a cop, she started filming.

“The guy had his hands up, he looked like he was 19,” said Twitter user Velvet, who declined to offer her full name over privacy concerns. “He asked the cop to identify himself but he didn’t.”

The first video, which was posted on Twitter at 9:29 p.m. Wednesday, shows a young man held against the wall by what’s believed to be a plain-clothed police officer. The young man is heard saying “I didn’t commit any crimes — can you get off of me?”

After a further tense exchange, the officer takes out a taser and tells the man “don’t move.” More cops can then be seen running up to the scene and bringing the man down to the ground.

In the second video, about six cops can be seen keeping the young man on the ground as he continues to yell for help. More spectators arrive asking what happened. Velvet says one of the cops on the scene told her and the others watching to back up. The man was eventually arrested and taken to a police car. According to authorities, he was charged with resisting arrest, obstruction of governmental administration and unlawful possession of marijuana.

“I never thought I would be the one to record something like this. Internally, I was angry. I feared for his life,” Velvet says. “The whole thing was just disheartening.”

In a statement sent to TIME, the NYPD said officers were patrolling a park when they saw two men smoking a marijuana cigarette. As the officers approached the men, they ran away. “Upon apprehension, one individual was arrested and the second individual was issued a summons. This incident is currently under internal review.”

New York partially decriminalized marijuana last year, and the penalty for possessing a small amount of marijuana is supposed to be no more than a violation and a $50 fine. In 2018, Brooklyn District Attorney Eric Gonzalez announced that his office would not prosecute cases of low-level marijuana possessions.

People caught with marijuana can still be arrested and brought to the police station.

On Thursday, Brooklyn Borough President Eric Adams tweeted about the video, calling it unacceptable and said that the officers involved need to be reassigned pending an investigation.

Carl Takei, a senior staff attorney for the New York City American Civil Liberties Union (ACLU) said that black and brown people should not have to live in constant fear of police when going about their daily lives.

“The fact that this arrest was apparently for smoking marijuana— something that is supposed to be a fine-only offense in New York City, but which the NYPD continues to use to target communities of color—is especially disturbing,” Takei said in a statement sent to TIME.

Velvet added that she’s been getting a lot of praise for sharing the video, but that it’s disheartening that she couldn’t do more.

“You see someone being dehumanized all you can do is record [it],” Velvet said. 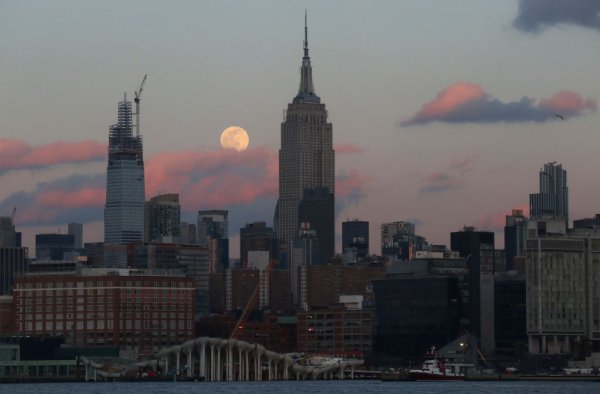