What Does It Mean to Be a Woman? It's Complicated

An “adult human female,” according to a seemingly common-sense slogan seen on the T-shirts and laptop stickers of those who oppose the idea that transgender women are women. They argue that gender itself is a false ideology masking the truth of biological sex difference. But “woman” is complicated in ways that have little to do with transgender issues. Only the delusional would deny biological differences between people, but only the uninformed can maintain that what the body means, and how it relates to social category, doesn’t vary between cultures and over time.

The Caribbean novelist and intellectual Sylvia Wynter opposes the “biocentric” ordering of the world that emerged from European colonialism; the transatlantic slave trade depended, after all, on the idea that certain biological differences meant a person could be treated like property. The black 19th century freedom fighter Sojourner Truth’s famous, perhaps apocryphal, question “Ain’t I a woman?” challenged her white sisters in the struggle for the abolition of slavery to recognize that what counted as “woman” counted, in part, on race. A century later in the Jim Crow South, segregated public-toilet doors marked Men, Women and Colored underscored how the legal recognition of a gender binary has been a privilege of whiteness. In 1949, the French philosopher Simone de Beauvoir asserted that “one is not born, but rather becomes a woman”; in doing so, she grasped how the raw facts of our bodies at birth are operated on by social processes to transform each of us into the people we become.

Who gets “womaned” by society and subjected to misogynistic discrimination as a result, and who answers yes to the question, posed publicly or in the innermost realms of thought, as to whether they’re a woman or not? The intersection of those two conditions arguably marks the status of belonging to womanhood in ways that do not depend on reproductive biology.

The “What is a woman?” question can stretch the bounds and bonds of womanhood in messy yet vital directions—as in the case of Marsha P. Johnson, a feminine gender-nonconforming person who graced the streets of New York City as a self-proclaimed “street transvestite action revolutionary” for decades. She’s now hailed as a transgender icon, but Johnson fits awkwardly with contemporary ideas of trans womanhood, let alone womanhood more generally. She called herself “gay” at a time when the word transgender was not common, and lived as a man from time to time. She used she/her pronouns but thought of herself as a “queen,” not as a “woman,” or even a “transsexual.”

While some people now embrace a rainbow of possibilities between the familiar pink and blue, others hew even tighter to a biological fundamentalism. Those willing to recognize new forms of gender feel anxious about misgendering others, while those who claim superior access to the truth are prepared to impose that truth upon those who disagree. What’s right—even what’s real—in such circumstances is not always self-evident. Labeling others contrary to how they have labeled themselves is an ethically loaded act, but “woman” remains a useful shorthand for the entanglement of femininity and social status regardless of biology—not as an identity, but as the name for an imagined community that honors the female, enacts the feminine and exceeds the limitations of a sexist society.

Why can’t womanhood jettison its biocentrism to expand its political horizons and include people like Marsha P. Johnson? After all, it’s we the living who say collectively what “woman” means, hopefully in ways that center the voices and experiences of all those who live as women, across all our other differences.

Stryker is a presidential fellow and visiting professor of women’s, gender and sexuality studies at Yale University 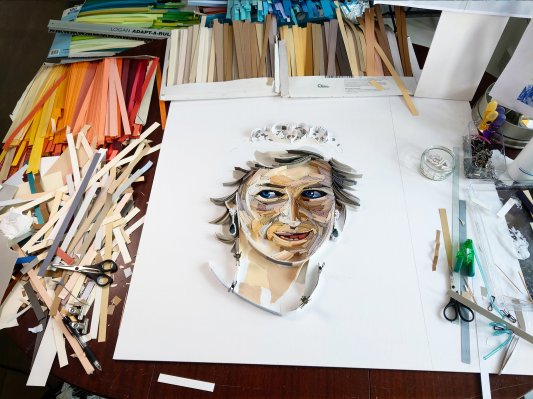 We Designed 100 New Covers for TIME's Women of the Year Project. Here Are the Stories Behind Them
Next Up: Editor's Pick